The 2018-19 NCAA Basketball season is underway with games set to tip off at the beginning of November. The Villanova Wildcats are the defending champions, but they are not the favorite to repeat to begin the season. Below is a quick breakdown of the top ten teams with the best odds to cut down the nets in April as the NCAA Basketball Champion.

Duke +450: The Duke Blue Devils lost their three best players to the NBA a season ago, but Coach K has reloaded with one of the best recruiting classes in the nation. Power forward Zion Williamson leads the recruiting class, and he is projected to be the top pick in the NBA Draft next season. Duke has veteran players in the frontcourt, but it will be interesting to see how the freshmen and upperclassmen mesh. The Blue Devils are looking to get back to the Final 4 for the first time since 2015. 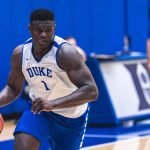 Kentucky +500: Speaking of recruiting, John Calipari will once again turn to a talented group of incoming freshmen to lead his Wildcats. Small forward Keldon Johnson could emerge as the top player in the nation this season, but Kentucky has plenty of talent. The Wildcats will get a shot at Duke in the first week of the season.

Kansas +750: The Jayhawks odds have slipped just a bit in wake of recent updates to the college recruiting scandal. It will be interesting to see if Kansas and head coach Bill Self get any punishment from the NCAA, but the Jayhawks will be absolutely loaded this season. Kansas will once again be the class of the Big 12 and they should be a number 1 seed in the NCAA Tournament this season.

Gonzaga +800: The Gonzaga Bulldogs have transformed from Cinderella to perennial powerhouse. This could very well be Mark Few’s best team at Gonzaga, and people around the nation have taken notice. Gonzaga has a veteran roster led by Killian Tillie, and they are looking to make it to their second Final 4 in three seasons.

Nevada +800: The biggest surprise on this is the Nevada Wolf Pack checking in with this good of odds. Nevada reached the Sweet 16 a season ago, but they should be even better this season. Jordan Caroline and the Martin twins decided to return to school for one more season, giving the Wolf Pack three legitimate pros. Nevada should roll through much of their schedule this season, and they will be a top seed come march. Don’t sleep on the Wolf Pack.

Villanova +1200: The defending champion Wildcats will look a lot different this season, but never count on Jay Wright’s squad. Phil Booth and Eric Paschall are two of the returning stars that will hope to lead a promising group of freshmen to another deep tournament run.

North Carolina +1200: Getting North Carolina at +1200 odds could be the best bet at the moment. Luke Maye will lead another dangerous Tar Heels squad this season, and Roy Williams has also brought in a great freshmen class. The Duke Blue Devils are getting all of the preseason hype, but the Tar Heels will be right there with Duke atop the ACC. 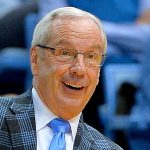 Virginia +2200: The Virginia Cavaliers could be in line for another number 1 seed this season after suffering one of the worst losses in NCAA Tournament history a season ago. Guards Kyle Guy and Ty Jerome are back and should be one of the top backcourts in the country. Virginia will once again be one of the top defensive teams in the country, but they must figure out a way to be more consistent on offense.

Michigan +3500: Michigan lost three of their key players from a runner-up finish a season ago, but the Wolverines still have plenty of talent. Charles Matthews should be one of the best players in the country this season, and John Beilein is one of the top coaches in college basketball. The Wolverines might start slow again this season, but they will be ready by the time March rolls in.

Everyone Else +4000 or Higher: Oregon and Tennessee check in at +4000 to lead the rest of the field, but no one from this list is really considered a contender at this point. There are still teams of great value in this field, but a bettor will need to select the right team to get real value in the pick.