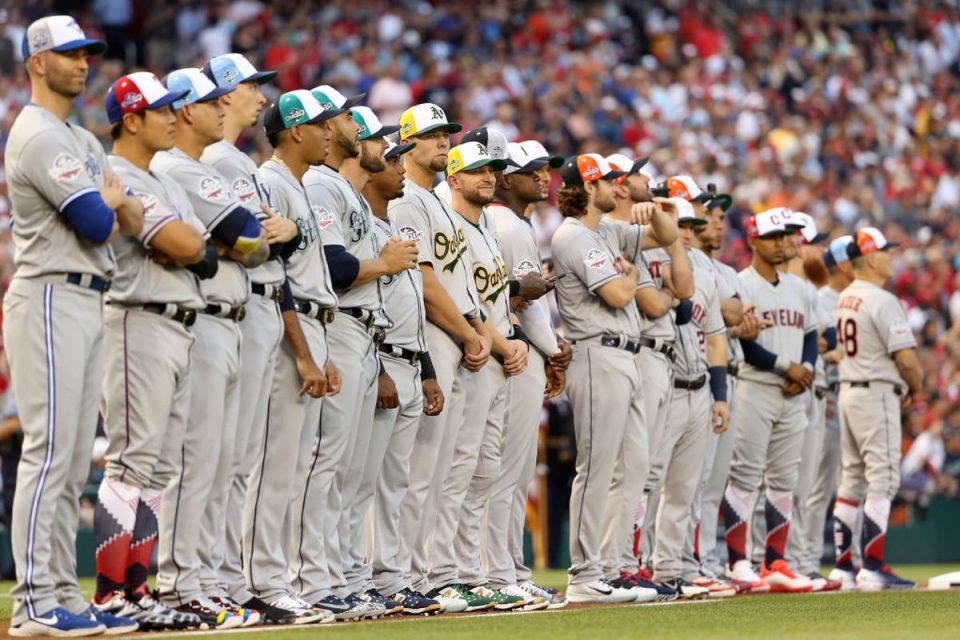 The 2019 Major League Baseball All-Star Game is set to take place on Tuesday from Progressive Field in Cleveland. This is one of the best exhibition games of the season, and the world’s best baseball players will be ready to show off their talents. The American League has won the last six editions of the Midsummer Classic, and the National League will be out to end their drought.

The National League is +120 to win the All-Star Game, while the American League is the favorite at +105. Let’s take a quick look at the rosters and some of the key players for each team in this event before making a pick.

Lucas Giolito and Justin Verlander highlight the American League pitching staff. Giolito enters the weekend with a record of 11-2, but likely won’t get the start in this game. Verlander of the Houston Astros is 10-3, and he has plenty of experience pitching in the All-Star Game. The strength of the American League team might be in their bullpen, which could play a huge role in this game. Aroldis Chapman of the Yankees and Brad Hand of the Cleveland Indians will likely each pitch an inning if the American League is able to secure a lead. All-Star Games are usually low-scoring affairs, and that is the type of game that the AL will try to force.

The National League pitching staff is full of dominant starting pitchers, and most of them come from the Los Angeles Dodgers. Hyun-Jin Ryu comes into the weekend with a record of 10-2 and sports a minuscule 1.72 earned run average. His teammate, Walker Buehler, is 8-1 with a 3.46 earned run average, and both of them would love a shot to get on the mound in this game. Brewers closer Josh Hader has one of the most electrifying arms in baseball and could close out a lead if the NL can score some runs.

The American League starting lineup will be filled with players from the Houston Astros and New York Yankees, but the biggest star is still Mike Trout. Trout has a history of putting up amazing performances on the biggest stage, and he will be difficult for the NL pitchers to deal with. Catcher Gary Sanchez leads the Yankees with 23 home runs this season and will be one of the biggest bats in the AL lineup. Alex Bregman of the Houston Astros will be a participant in the Home Run Derby on Monday night and has 23 homers this season as well. The American League lineup is stacked full of guys with power.

Christian Yelich of the Milwaukee Brewers and Cody Bellinger of the Los Angeles Dodgers are the two biggest and best names in the National League starting lineup. Yelich and Bellinger have combined for nearly 60 home runs already this season, and are having career years. Javier Baez of the Chicago Cubs has hit 22 bombs and is one of the most exciting players in baseball. The National League won’t take a backseat to the powerful lineup of the American League.

Reserves always play a key role in the All-Star Game, and that should be the case again this year. Injuries will force a ton of American League All-Stars out of this game, but the league has replaced them with worthy players. White Sox first baseman Jose Abreu is having a monster season and should get plenty of time in this game. Gleyber Torres (Yankees) and Xander Bogaerts (Red Sox) are both late additions to this team, but give the American League a ton of talent up the middle in the later innings. The American League won’t lose a ton when they start making substitutions later in the game.

What Does PlaySugarHouse.com Offer Sports Betting Fans in Pennsylvania?

Eight Teams Left at the African Cup of Nations So Who Wins It?