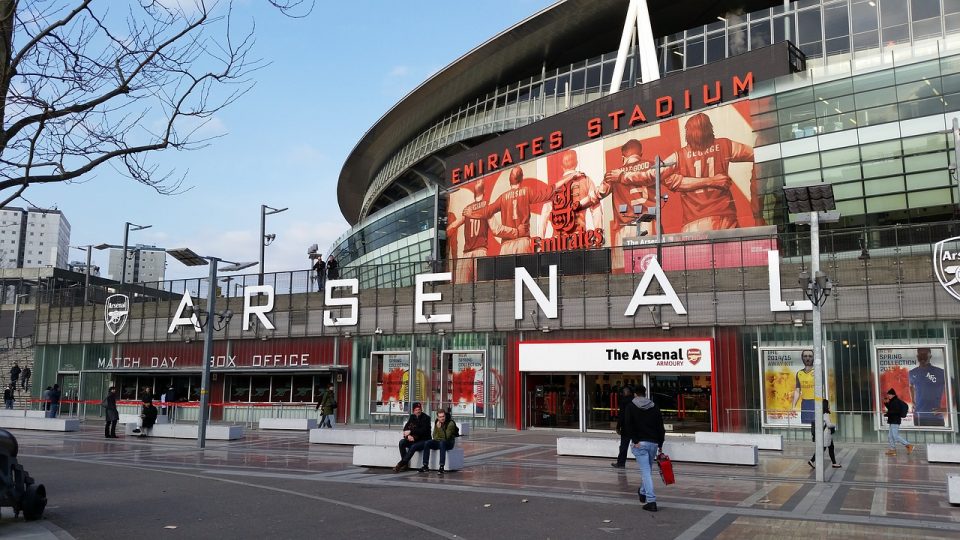 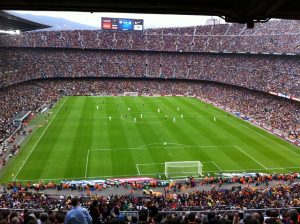 Spurs went down 1-0 at home to Manchester City on a Wembley pitch that was somewhat cut to ribbons following an NFL game that had taken place on the pitch just 24-hours previously.

Wins for Liverpool and Chelsea meant that the top three sides in the Premier League remained unbeaten with City ahead of Liverpool on goal difference, while Chelsea remained just two points further adrift on 24.

Arsenal’s winning run came to an end though ay Crystal Palace as the Gunners gave away two penalties in what was an entertaining and controversial 2-2 draw, with Arsenal second goal coming by way of a clear handball by Alexander Lacazette, much to the fury of Palace boss Roy Hodgson.

This weekend there is a huge clash at the Emirates to look forward to as Arsenal face Liverpool in a battle between fourth and second in the Premier League. The Gunners long winning run may have come to an end against Palace last weekend, but they should be confident that their freescoring attack can cause this tight Liverpool defence some real problems.

In a similar vein, with Arsenal’s defence looking less than secure in recent games, this is an opportunity for Liverpool’s strikers to cause the Gunners some real problems, especially with Salah and Mane rediscovering their goalscoring form in last weekend’s 4-1 win over Cardiff City at Anfield.

This game should be a cracker and has seen plenty of goals scored in it in the recent past, but before we give you our tips on the game, here’s how Matchday 10 unfolded and the latest Premier League and leading goalscorer charts.

Outlined below are the Full Time Result prices on the 10 games in the Premier League this coming weekend, as provided by bet365 Sport. Remember, if you want to sign up with bet365, check out the latest bet365 Sport New Customer Offer.

This is a tricky one to call. Manchester United are playing better, generally, of late but they still concede too many chances and still look vulnerable in midfield and defence. Bournemouth are flying at the moment and will be a real test for United but I just don’t see enough quality in this Cherries team to get the win here. However that said, I do fancy them to pick up a point.

Following the dreadful events at the King Power on Saturday evening, it is hard to see how Leicester could be fully focused on this game and I think that hands Cardiff an advantage. It is going to be hard for Leicester to get the win they deserve, especially on the road, and with the emotion of the day, I think Cardiff will capitalise on it to grab a very important three points.

Brighton won their last away game in the Premier League, a rarity indeed, but I can’t see them continuing that improvement away to Everton. The Toffees were unfortunate to lose 2-1 to Manchester United last weekend and I think they’ll be itching to put that right in front of their home fans. I’m expecting them to do so relatively comfortably.

Newcastle have struggled at home this season and in truth, Rafa Benitez team seem to be happier playing on the road. Watford have bounced back well from a minor blip in form to record two superb wins in their last two games and they have the confidence and quality to go to St James’ Park and pick up enough goals to secure another three points.

This is a tough fixture for Burnley coming on the back of a 4-0 home thumping by Chelsea and West Ham will be confident of getting a result here. The Hammers form has been up and down this season but the signs are there that they could become a top half team and as such, I expect that quality in attack to be the difference between the two teams.

A huge clash at the Emirates sees Arsenal who are unbeaten since the first two matches of the Premier League season, taking on an unbeaten Liverpool. This game has produced some real classics in recent years, often with plenty of goals but I think Saturday’s encounter could be tighter and while I do feel there will be goals, I think the sensible bet here is a draw.

A few weeks ago, I’d have backed Wolves to perhaps earn a point in this one, but I think this game comes at a good time for Spurs. After losing narrowly to City on Monday, they will need to bounce back and Wolves have suffered a couple of poor results in recent weeks meaning their confidence wil be low. With Alli and Erikssen close to full fitness too, I think Spurs should be confident and classy enough to get the win in this game.

Last season it took a late Raheem Sterling curler to win the game for Manchester City, but in truth, I cannot see this Southampton team being in this game for that long. I don’t think they have improved much at all on last season under Mark Hughes whereas City are in sensational form at the moment, particularly at home. As such, I am backing them to notch up another impressive win against the Saints.

This should be a relatively comfortable home win for Chelsea against a Palace side that have flattered to deceive at times this season. Roy Hodgson’s men deserved at least a draw from their home game with Arsenal, but they have struggled on the road this season and against a Chelsea side in their current form, I can only see a straightforward win for the home side in this one.

You can make a case for any outcome here. Fulham’s attack could score enough goals for them to win, but similarly, their defence is so poor that Huddersfield could grab enough to win. For me, current form is the key here and while neither team has great form, I think Huddersfield are playing the better and more consistent football and as such, I can’t see them losing here, however that Fulham attack has just enough quality to make me think they may snatch a draw.