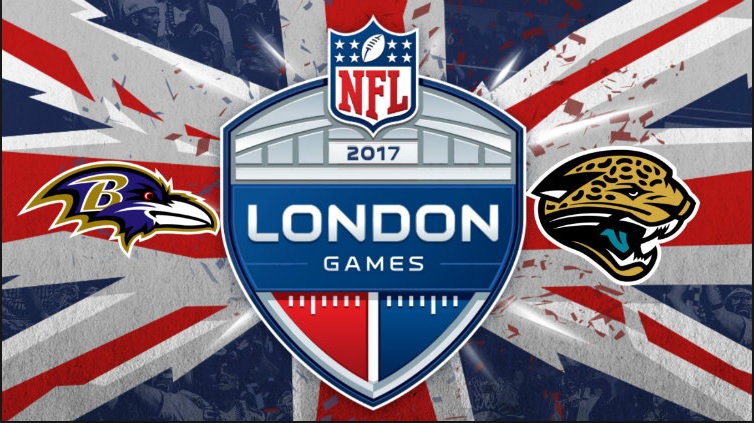 If you are looking for a top quality sports betting opportunity this weekend, then why not head on over to the NFL section at Bet365 Sport or Paddy Power to check out on the odds for this 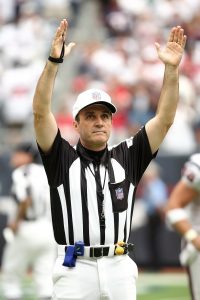 weekend’s clashes. It’s a special weekend for NFL fans in the UK in particular as the first of four London series games takes place this weekend at Wembley Stadium.

Over the next six weeks, there will be four NFL International Series games held in London, the first two taking place at Wembley Stadium, with the second two taking place at the home of English Rugby, Twickenham.  The full list of fixtures is outlined below:

The series is hugely popular with fans in the UK with three of the four games sold out and only a few tickets remaining for the opening clash between the Ravens and the Jaguars at Wembley on Sunday. Let’s take a closer look at both the teams involved in Sunday’s game and how they have started their respective NFL seasons.

Jacksonville Jaguars have been playing at Wembley Stadium for the past five seasons and after enduring a mixed run of results in their first three games, they have won the past two in the capital and they are the designated home team for this clash.

The AFC South team started the season in impressive form, defeating last year’s AFC South Champions Houston Texans 29-7 on the road. However, the Jaguars were brought back down to earth at the weekend when facing divisional rivals the Tennessee Titans at home, with the Titans running out comfortable 37-16 winners.

Having signed Quarterback Ryan Nassib from free agency this past week, the pressure is on incumbent Quarterback Blake Bortles to deliver the goods. Bortles has been inconsistent throughout his time as an NFL starter, having some promising weeks and then fading badly in others. Rookie running back Leonard Fournette should help alleviate some of the pressure on Bortles. 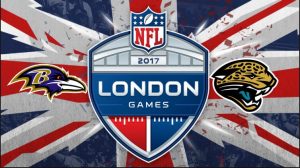 The question for Jags fans however is whether their defence, which looked so good against Houston, will be able to cope with Joe Flacco seemingly back to his best for the Ravens, and whether their stuttering offense will be able to muster enough points against a Ravens defense that has been the best in the league over the opening two weeks of the season.

The AFC North contenders have started the season 2-0 and have been one of the most consistent rushing teams in the league, averaging 146.5 yards per game (4th best in the NFL). Their defence has been stellar, allowing just ten points last weekend at home to Cleveland, while shutting out Cincinatti on the Bengal’s home turf in the season opener in a 20-0 win.

The Ravens have two speed merchants at wide receiver in Mike Wallace and Jeremy Maclin, which can give the opposing defence real problems down the field and in Joe Flacco, they have a quarterback well armed to take advantage of these deep threats.

However, it is the running back combination of Terrance West and Javorius Allen that have been carrying the workload for the Ravens in the opening weeks, racking up 239 yards between them over 62 carries.

The one worry for Ravens fans will be whether Joe Flacco’s back can stand up to the rigours of a full season workload. They have a capable back up in Ryan Mallett, but he lacks Flacco’s experience and poise and if Flacco were to go down, it is fair to say that the Ravens season would be impinged considerably by his loss.

How Will The Ravens at Jaguars Pan Out?

Personally, I think this is a tough game for the Jaguars and it is hard to see them making it three wins in a row on their annual trips to London. The Ravens have started the season well and with their 1-2 running back combination working well, this has lessened the strain on quarterback Flacco.

Their offense however has been helped by some outstanding performance in defence including 10 interceptions in the first two weeks of the season. By keeping their opponents to less than 5 points a game so far, Flacco and his offense are not having to do too much to get things done.

I could see a team with an explosive offense causing the Ravens real problems here, but the Jaguars just don’t have that yet. Fournette has plenty of potential and is a real talent, but Bortles up and down form is a real concern and I worry that too many of his passes are going to fall into the hands of the Ravens Corners and Safeties.

My money is on the Raven’s winning this one by a comfortable 10 points or more. 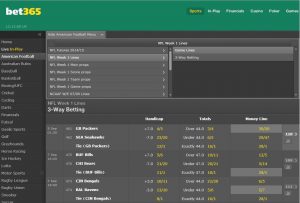 It is worth noting here that there are a couple of offers available for NFL matches. The first is the 14 Up – You Win offer from Paddy Power which states that the company will pay you out immediately if the team you back in the Match Result market goes up by 14 points or more at any point in the game.

Meanwhile over at Bet365 Sport you can take advantage of their Parlay Bonus on selected NFL accumulator (Parlay) bets. All you need to do is place a bet of 2 or more selections on selected NFL games (you can also include College Football and Canadian Football League games) on selections in the Money Line markets.

A successful Double bet pays out a 5% bonus, whereas if you manage to land a successful 12-fold bet or more, then you receive a massive 50% bonus on top of your winnings (up to a maximum of £100,000 in bonus payouts).

So why not enjoy the NFL in style this weekend and every weekend of the season with these two outstanding offers from our partner sites?