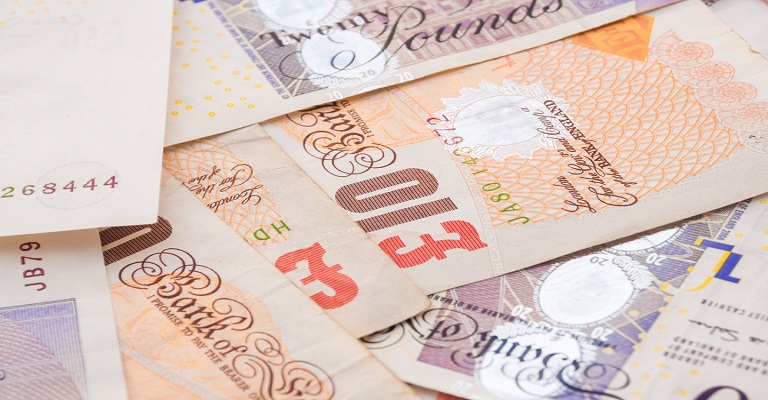 [toc]How often have you been sat waiting on one result to come in to seal a nice bet when disaster strikes and at the very last moment, the outcome you were wanting is changed and as a result your bet loses and all that money disappears down the drain.

It is for moments like that that Bet365 Sport developed its new Cash Out option. This feature is available on selected bets and gives punters a huge amount of flexibility when they place a bet and allows them far greater control over the bet at all stages.

You can take advantage of the cash out feature at Bet365 Sport right now. Learn more about how to join the site and take advantage of a superb introductory offer including a $100 new player bonus by clicking on the following Bet365 review page link.

What is the cash out option at Bet365? 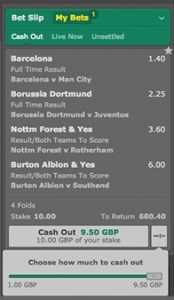 The essence of the cash out option at Bet365 is that it gives the punter more control over their bet and allows them to accept a stated return on a qualifying bet, at any point before the result of the bet is known.

Not all bets qualify for a cash out option, it is at the discretion of he bookmaker as to what bets are covered, but the majority of bets do. However, it is likely that the most common use of the cash out feature would be when multiple selection bets, such as Full Cover Bets or Accumulators have been wagered.

You will be able to see what bets are available to cash out by clicking on the relevant section on your bet slip. Here you can track how your bet is doing and see how much money Bet365 Sport is offering you, if you elect to cash out your bet now.

To cash out your bet, all you need to do is simply click on the Cash Out button next to your bet at any point to accept the return stated.

How are cash out returns calculated?

One important thing to note is that there can be a huge amount of variance in what the cash out offer is to a punter and that this depends entirely on the current state of your bet.

For example, if you place a 5-team accumulator and want to cash out after the first result is known with four still to be played, then you would receive a far smaller settlement figure than if you wanted to cash out after four results had come in (in your favour) and the fifth looked like it was going to win too.

Indeed, in this situation, the cash out amount offered can change every few seconds depending on what is happening in the sporting event you have bet on.

There’s no hard and fast rule or general formula to work out a cash out return, simply to say that the more results have gone and are going in your favour, then the greater the cash out offer will be.

Why should I cash out?

Cash out offers punters more flexibility than ever before when it comes to deciding the fate of their bet. Until cash out was available, a punter placed a bet and then had no control over what 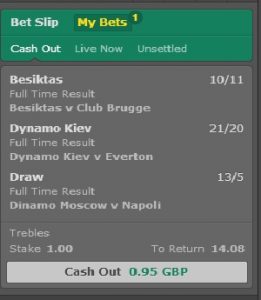 happened until the result of their bet was decided in full.

This meant that even if you would have stopped your bet at some point and taken the smaller amount on offer, believing that the bet would ultimately fail if allowed to run through to completion, you couldn’t. Cash out allows you this option.

A good example of when to cash out would be if you have placed a five team accumulator and four of your selections have come up, with one still to come. However, you have heard some news about the final selection which has now changed your mind as to the likelihood of that selection winning. This could be, for example, a change of jockey on a horse, or a football team missing a key player or two through injury.

In this case, your cash out offer should be good as four of your five selections have come in, but the last selection now looks a decidedly uncertain choice, in this scenario, it may be wisest to cash out here if you believe your final selection has little or no chance of success.

However, this is always a judgement call and sometimes, punters can accept the cash out when it is not always the best option.

Is cash out always a good idea?

No, there are occasions when a cash out can be costly to a punter. This is often the case when a punter has bet a small amount on a large accumulator and stands to lose a larger amount of money if they don’t cash out.

A different example however is the one SkyBet customer that cashed out their £20 each way bet on Leicester winning the league in April, with five games to play. They still took home £108,703.41p, but had they let the bet run to completion, the punter would have won over £133,000.

You could argue this was a sensible cash out given that they were guaranteed a large win, but having let the bet run for 33 games and seeing Leicester with a 7 point lead, plus knowing that even if they finished second they would still receive a handsome payout, was this the right choice?

Some punters would say yes, others may say his decision to cash out cost him £25,000. Like we said before, it is a judgement call.

One option that punter could have taken however if they had bet with Bet365, was to partially cash out their bet, which in many respects offers the best of both worlds.

How does partial cash out work?

If you elect to partially cash out your bet on Bet365 then using a slider, you can state how much of your original stake you want to cash out, and how much you want to keep active on the bet until it runs to completion.

Your cash out figure and final bet returns are then calculated on the percentage of your stake cashed out. So for example, if you were offered a £10 as a cash out figure for your £1 bet (which would pay £50 if it wins) and you decided to cash out £0.50, but keep £0.50 running, then your cash out amount would be £5.

Your remaining £0.50 would still be active on the bet and if your bet won, then you would receive a further £25 in returns (half of the original £50).

This is a very simplistic example but gives you a simple idea of how partial cash out works and how it can offers punters even greater flexibility with their betting.

What Are The Key Benefits For Punters With Paddy Power’s Acca Insurance Offer?