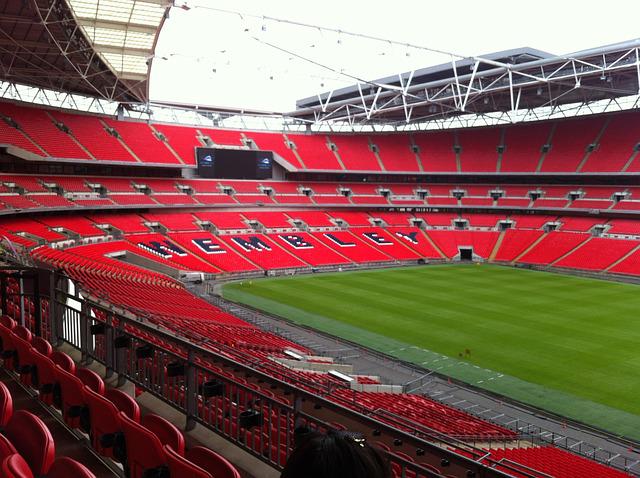 The first domestic cup trophy awarded in the current season came back in February when Liverpool defeated Chelsea 11-10 on penalties to claim the Carabao Cup after an exciting 0-0 draw between the two teams.

Fast forward a couple of months and on Saturday the two teams will meet again in the FA Cup Final at Wembley Stadium.

Both teams progressed from their Wembley semi-finals, with Liverpool beating Manchester City, while Chelsea got the better of Crystal Palace.

The two teams have shared two draws in the Premier League this season, a 1-1 draw at Anfield back in August where Chelsea managed to hang on for a point despite playing the second half with ten men.

Then followed an exciting 2-2 draw at Stamford Bridge in January when Liverpool took a 2-0 lead in the game only for Chelsea to strike back to draw level with all goals coming in an exciting first half.

So, it is fair to say that all three encounters between the two teams have been very close so far this season and there’s no reason to expect Saturday afternoon’s game (kick off time is 4.45pm UK Time) will be any different.

With two huge teams contesting the final and it being the FA Cup Final, this means that there is going to be plenty of interest in the betting markets for the game and bet365 Sport are offering a wide range of markets to bet on pre-match.

In addition, you can also enjoy extensive Live In Play betting when the game kicks off on Saturday.

Let’s now; learn a little more about how both teams managed to make their way through the rounds to reach Saturday’s FA Cup Final.

How They Reached Wembley – Chelsea

Chelsea have reached four out of the last five finals in the FA Cup, winning one and losing three of those games, so their pedigree in this competition is unmatched in recent times.

They were beaten finalists both last year by Leicester City (1-0) and then the year before by Arsenal (2-1), so defeat on Sunday would see them set an unwanted record of three FA Cup Final defeats in consecutive years.

The Londoners were pushed hard by lower league Plymouth Argyle and Luton Town in the 4th and 5th round of the competition, but came through their other games relatively easily.

Chelsea will be hoping they come through their midweek game away to Leeds unscathed so Thomas Tuchel can pick from a relatively healthy squad for the final.

Ben Chilwell misses out with a long term injury but barring injuries against Leeds, Tuchel should have a healthy squad to pick from, although one or two players have slight knocks which they should be able to play with if selected.

His main selection choices seem to be in attack and midfield, with Romelu Lukaku’s return to goalscoring form giving the German manager food for thought, while it looks like a battle between Jorginho, Kante, Kovacic and Loftus-Cheek for the two spots in midfield.

How They Reached Wembley – Liverpool

Liverpool’s recent FA Cup record is pretty dismal. The Reds have not reached a final since 2012 (where they lost 2-1 to Chelsea) and their last victory in an FA Cup Final came at the Millennium Stadium in Cardiff when they beat West Ham on penalties after a 3-3 draw.

But this year, Liverpool are unbeaten in domestic cup competitions having secured the Carabao Cup against Chelsea back in February and they could make it a domestic cup double by landing the FA Cup for the first time in 16 years on Saturday.

After a 2-1 win at Aston Villa in midweek kept up the pressure on Manchester City in the Premier League, the Reds now have an extra 24-hours to prepare for Saturday’s game than their opponents.

The Reds have come through some tricky games to reach the final, but did overcome Manchester City at Wembley to earn their place in the showpiece game.

Liverpool fans will be concerned that midfield lynchpin Fabinho was taken off after half an hour against Aston Villa with a muscular problem, though early assessments are positive that the Brazilian could be fit for the Final on Saturday.

If he is not fit then that means a space in midfield would open up, most likely alongside Thiago and Jordan Henderson with Naby Keita, Harvey Elliott, Alex Oxlade Chamberlain, Curtis Jones and James Milner in contention for that place in the team.

The Reds also have a decision to make in attack after Mo Salah was rested against Aston Villa. Sadio Mane’s form seems to suggest he will start and the same can be said for Luis Diaz, who has been a revelation since signing from FC Porto in the January transfer window.

The full-time result odds from bet365 are as follows:

Based on previous performances this year, the draw at 13/5 would be the bet based on that but I also think given recent form, Liverpool are probably the team to back, hence the lower price on the Anfield men.

Chelsea have given the Reds three very tough games this season and I expect the Londoners to make it a fourth here, but I am backing Liverpool to land the victory.

Tune in for the game on Saturday, which kicks off at 4.45pm UK time for all the latest In Play betting action and to see who gets their hands on the famous trophy.