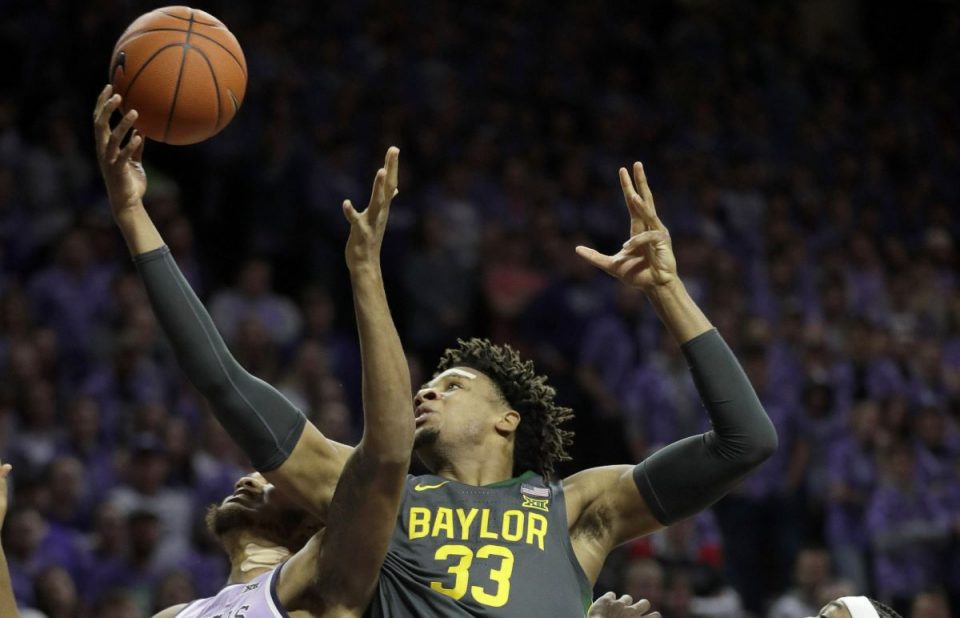 We are just over a month away from the beginning of March Madness, and it’s time to start taking a closer look at what teams can cut down the nets and win the NCAA Basketball Tournament.

We can forgive you if you have been focused on football the last few months, but now it’s time to focus on basketball. Here is a look at the current odds to win the NCAA Basketball Tournament before we take a closer look at five teams that can win it all.

Here are five teams to keep an eye on throughout the rest of the regular season, and as the brackets are unveiled in March.

Baylor (+1000): The Baylor Bears look like the class of the Big 12 Conference, and they already have a huge win over Kansas. Baylor sits atop the current polls, and it seems to be getting better as the season is going along.
The Bears can really defend, and defense usually wins games in March Madness. Baylor has been a solid team in recent NCAA Tournaments, but this team just looks and feels different.

The Bears are lacking that dominant scorer that can take over a game, but they have plenty of offense to go along with their stellar defense. If Baylor can lock up a top seed, then it will be a tough out in March.

Gonzaga (+1000): Gonzaga is one blowout loss away from being undefeated, but it has been on a roll since that loss. The Bulldogs are the second-highest scoring team in the country at 88.6 points per game, and they know how to make deep runs in March.

Forward Filip Petrusev leads the team with 17.0 points per game, but the Bulldogs can really score.

Michigan State (+1600): Michigan State head coach Tom Izzo has a history of deep tournament runs in March, and he has a team poised to make another one. The Spartans have really struggled on the road this season, but that won’t be a factor in the NCAA Tournament.

Point guard Cassius Winston is one of the best in the country and is averaging 16 points and seven assists per game. The Spartans also have a dominant big man in Xavier Tillman, and they have plenty of depth.

Michigan State will be a team to watch in March.

San Diego State (+1800): San Diego State is the last remaining undefeated team in college basketball, and it looks like it has a legitimate shot at finishing the regular season with an unblemished record. The Aztecs are still not getting a ton of love in the polls, but this team is for real.

San Diego State is allowing just over 57 points per game, which puts it in the top five in the country in points allowed. The Aztecs are led on offense by Malachi Flynn, and this team can score when they are making shots.

It’s hard to imagine an undefeated team being underrated, but that might be the case for San Diego State.

Kentucky (+2000): Kentucky is just 16-5 this season, but this will be a team to keep your eye on as the season moves along. The Wildcats are once again a young team, but they do have some veterans leading the way this season.

Kentucky is outscoring teams by close to 10 points per game, and it has bought in on the defensive end of the floor. Being led by John Calipari always gives the Wildcats a chance, and it would be foolish to write them off.