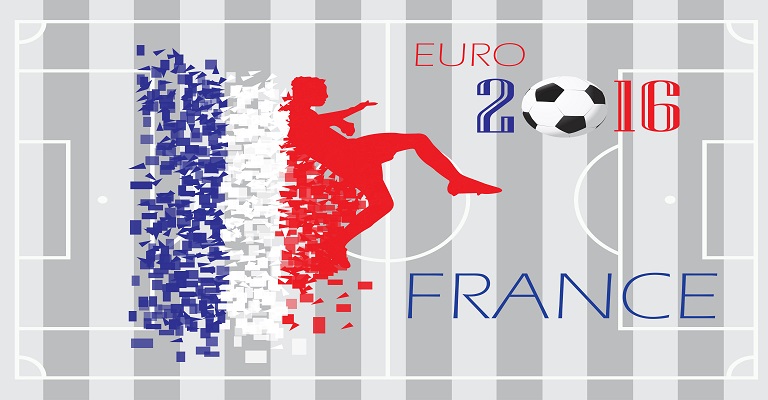 [toc] This week sees the start of the Euro 2016 tournament in France and as with any big sporting event, this means that sports betting sites are looking for ways to entice punters into making a wager with them on the action.

The upshot of this is a bundle of outstanding offers available across our trio of bookmaking sites. As such, now is the perfect time to join, click here to read our Paddy Power review, or consider signing up with Bet365 Sport’s New Player Bonus here or alternatively, get SkyBet’s sign up bonus here.

Once you are signed up, what have you got available? Well we’ve taken a look at each of the site and listed the five best deals available on them right now. Any of which could offer you a nice windfall while watching the events on the field unfold in France this summer.

Many people are well aware that throughout the year, Bet365 offers a Bore Draw money back offer on football matches. However, for Euro 2016, the company have given their offer a little added

tweak specifically for this tournament.

As always, the offer is generally the same. Make a qualifying bet on any Euro 2016 match with Bet365 Sport and if the match you have bet on finishes in a 0-0 draw, then your stake will be refunded by Bet365 as a free bet up to a maximum of £50.

However, for Euro 2016, Bet365 have increased the number of markets which this offer is applicable to. There are now six markets you can bet on which will be covered by this promotion:

Irish Sports betting giants Paddy Power have come up with an exciting offer for this summer’s tournament which is based on the popular Euro 2016 Top Goalscorer betting market.

Predicting which player will be the tournament’s top goalscorer is always a popular bet and with the likes of Cristiano Ronaldo, Harry Kane, Thomas Muller, Antoine Griezmann and Romelu Lukaku topping the betting it is easy to see why.

To qualify for this offer you need to place a £25 bet on which player will finish as the top goalscorer in this summer’s tournament before 8pm on Friday night, when the first game of the tournament will kick off.

Once you have backed your player, Paddy Power will reward you with a free £5 bet every time your selection scores a goal in the tournament, although goals scored in penalty shootouts will not count for this offer.

In addition to their Euros Bore Draw Money Back offer, Bet365 is also running a Penalty Payback offer which gives punters added insurance on their bet.

This offer is available both pre match and also In Play and is for bets placed on the To Win Outright market. The offer is also available for both Win and Each Way bets.

Once you have placed your qualifying bet, you can then sit back and enjoy the action on screen safe in the knowledge that if your bet doesn’t win and your team are eliminated from the competition on penalties, then you will receive a refund of your stake (up to a stated maximum) as a free bet.

This is a fantastic promotion from Paddy Power as you do not need to place a bet or even wager any money to participate in this promotion and with a jackpot initially set at £200,000, plus 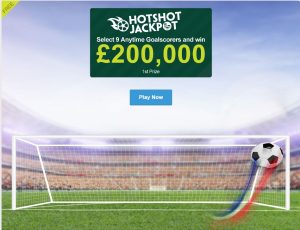 The promotion is contested over four Rounds with the jackpot available to be won at the end of each round. If at the end of a round no player has won the jackpot, then the amount will roll over and Paddy Power will add £50,000 to the prize fund.

How do you win the jackpot? Well for each Round of the competition, Paddy Power will pick nine (eight in the final Round) matches and all you need to do is select a player from each match who will score a goal at any time during that game.

Pick correctly for all nine games in a round and you will win the jackpot.

Round 1 is open to participate in from 3rd June to the 10th June, Round 2 starts Monday 13th June through to Thursday 16th June. Round 3 kicks off Saturday 18th June until Monday 20th June while the fourth round (which will have eight selections) starts on Wednesday 22nd June through to Saturday 26th June.

If a jackpot is not claimed on any round then the player with the highest number of correct picks in the competition will win a consolation prize of £2,500 in each round that the jackpot is not claimed. In addition, at the end of four rounds, the overall leaderboard, the cumulative scores of all players over the four rounds, will be worked out and the winner of that will also earn a top prize of £2,500.  A tiebreaker question may be used to decide the winner if two or more people are tied in top position.

If you are quick and can get your qualifying bet on before the first game of the tournament (France v Romania) kicks off at 8pm on Friday night UK time, then you can still qualify for SkyBet’s big summer Euro 2016 promotion too.

This is a very simple offer to realise as all you need to do is place a bet of £10 or more on which of the 24 teams competing in France this summer will win the tournament outright. Pick carefully though as there’s an intriguing little addition to this bet.

Once you have placed your qualifying bet before the first game of the tournament kicks off, you have activated the promotion and this means that every time the team you have backed to win the tournament wins a match, SkyBet will give you a £3 free bet (which you must use within three days of receiving it).

Your chance to qualify for this offer expires with the kick off of the first game in the tournament on Friday 10th June, so get your qualifying bet in quickly to enter this excellent promotion at SkyBet.

What Virtual Sports Betting Options Are Available At Paddy Power?

What Novice Punters Need To Understand About Multiple Selection Betting