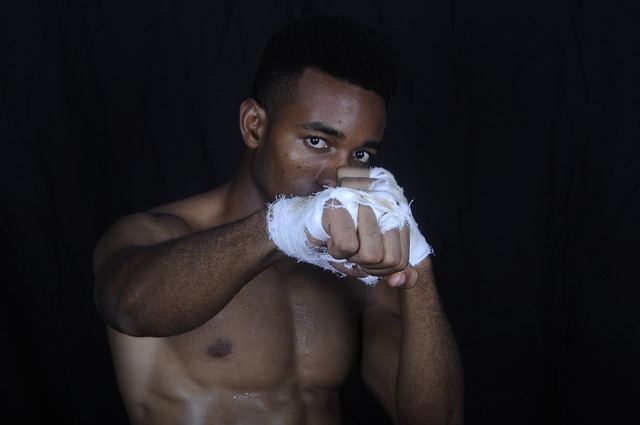 Tyson Fury and Dillian Whyte will face off for the WBC World Heavyweight title belt on April 23rd this year, part of what could be a pivotal year in the heavyweight division which could see us end the year with the first unified champion since 1999.

Back then it was Lennox Lewis that held all the possible belt options, but since then, the belts have never been in the sole possession of one fighter.

Fury, the defending champion, is the massive 1/7 favourite to retain his belts over Whyte with bet365 Sport. The underdog is a 9/2 chance to cause a big upset and win the belts for himself.

However, that is just one fight of a burgeoning heavyweight scene that could well see a new unified champion in the weight division by the end of the year, as well as a new generation of fighters coming through to challenge the current elite group.

There has already been plenty of talk about a unification bout in the heavyweight division over the last couple of years.

Ever since Anthony Joshua won the belts for the first time against Vladimir Klitschko, and then regained them with a win over Andy Ruiz Jr, after losing to the Mexican in the first fight, there had been strong talk of Joshua unifying the division from his camp.

However, Deontay Wilder and Tyson Fury became embroiled in an exciting trilogy of fights which saw the first bout between the two end in a draw (with many feeling Fury had done enough to win) and then Fury won the next two fights in dominant fashion to earn the WBC belt.

Talks then were held between Fury and Joshua’s camp about a unification bout, but Joshua was ordered to defend against Oleksandr Usyk and the classy ex-Cruiserweight World Champion was just too good and too smooth for the Champion and he defeated Joshua in emphatic fashion.

Now, Fury’s camp began talks with Usyk’s camp over a unification bout, but Joshua had a rematch clause written into the contract for the first bout with Usyk, which he activated. A deal for Joshua to step aside could not be made, meaning that Fury would have to face another opponent, which is Dillian Whyte.

While at around the same time, it is expected that Joshua will face off against Usyk once again in an attempt to regain his WBA, IBO, IBF and WBO belts.

It is the seeming aim that the two winners of the Fury v Whyte and Usyk v Joshua bouts in the spring will then meet later on in the year to unify the division with one champion.

It is likely that the unification bout will take place around November/December time later in the year, if negotiations can prove fruitful.

A Unified Champion – But For How Long?

While having a single unified champion in the heavyweight division would be a huge plus point for the sport of boxing, the political machinations that go on behind the scenes can make it difficult for a fighter to hold onto all the belts for too long.

Each organisation has its own rankings and often it will have different fighters laying claim to be the next challenger for the belt. That can lead to champions having to vacate a belt to take on a more lucrative fight, rather than face a mandatory challenger from a particular organisation.

As well as these pressures from five individual organisations, the other thing that a unified champion would have to contend with is the burgeoning heavyweight scene, which has a number of young fighters coming through the ranks who could prove to be the next generation of challengers in the division.

Let’s now take a look at the heavyweight division as it stands with some of the names that are in the mix for world title shots either right now, or who may be ready in the next couple of years or so.

Of course, not all of these fighters are ready to challenge for a world title now. Frazer Clarke, for example, has just had his first professional fight after a lengthy and successful amateur career.

Others who are more experienced, such as Otto Wallin or Robert Helenius, need a win over a top ranked opponent to push themselves into genuine contention.

Plus, there is always a chance that the likes of Lawrence Okolie, a cruiserweight world champion, may decide to make the jump up to the more lucrative heavyweight division, as the likes of Evander Holyfield, Tony Bellew, Oleksandr Usyk and Murat Gassiev have done before him.

So you can see, there is a huge depth to the heavyweight division now and with a large number of fighters lining themselves up for a challenge at at least one of the belts, if not them all, then the future in the division looks very healthy indeed.

How Do We See The Heavyweight Division Unfolding In 2022?

We know that Fury and Whyte will clash in April and it is a good bet that the Joshua v Usyk rematch will be announced soon and my guess is that it will be around the same time as the other fight.

My feeling is that Fury will win the fight with Dillian Whyte, while I would expect Usyk to land the victory in the rematch with Joshua, especially if the English fighter adopts the same tactics as he did in the first fight, which for me played right into Usyk’s hands.

That would then set up a unification bout between Fury and Usyk later in the year and that one could be too close to call.

But whatever pans out, it is promising to be an exciting year in the division.

The £1 Million Slots Giveaway Just Started At The Bet365 Casino