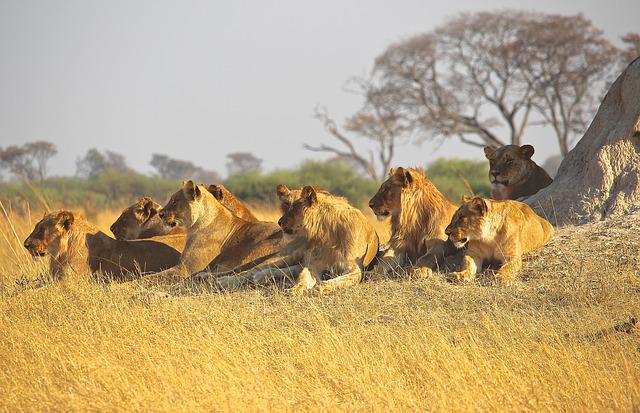 Could this be the summer that football does indeed ‘come home’?

Well after a stellar start to their Women’s Euro 2022 Finals campaign, host nation England look like they may have their best chance ever to claim another piece of soccer silverware for the success-starved England fans!

After a fantastic Group Stage performance, the tournament now moves into the quarterfinal stage, where England will face one of the few teams to have beaten them relatively recently, Spain.

However, are the Lionesses in such great form that the Spanish women won’t be able to keep them at bay? Or has this outstanding start to the tournament all been a smokescreen and will England once again come up short when we get to the latter stages of a key international tournament?

After their male counterparts were beaten on penalties in the Final of Euro 2020 last summer, England’s Women’s team have a chance to go one better here, so let’s see just why so many England fans are excited about their chances.

And this may also explain why our betting partner bet365 Sport has England as the joint-favourites to win the tournament.

The Lionesses began their campaign in front of a new tournament record crowd at Old Trafford against Austria and despite dominating the game, they only scored the one goal through Beth Mead as they spurned a number of other great chances to increase that lead.

If Sarina Wiegman’s message to her team before the second match with Norway was to stress the importance of being clinical in front of goal, then the team delivered and then some in their next game.

A somewhat fortuitous penalty handed England the lead in the game against the Norwegians, but England then put their opponents to the sword landing five more goals in an incredible first half, before adding two more in the second to record an 8-0 win; the biggest ever margin of victory at a European Championship Finals.

Already assured of top spot in the group, Wiegman didn’t rest any of her top players against the Northern Irish and was rewarded with another strong performance with a 5-0 win ensuring that the Three Lions moved into the quarterfinals with the best Group Stage record in the tournament’s history.

The other groups went pretty much as expected in terms of the teams that qualified, although the order in which they did may have surprised a few people.

Germany defeated Spain in Group B to top that group, meaning Spain will play England, while Germany face Austria in two of the quarterfinals and the German side, overlooked by many for this tournament have been the most impressive team in the tournament with England.

In the other two groups, Sweden, the Netherlands and France all went through, but there was a surprise in Group D with Italy really underperforming and Belgium doing just enough to pip Iceland to second spot in the group with the Scandinavians being sent home without losing a game.

Belgium face Sweden in the third quarterfinal before a huge game in the fourth as the Netherlands and France lock horns.

However, it has been the performance of the host nation that has excited fans the most in the tournament thus far.

Sarina Wiegman’s team have re-written the record books in a number of ways in this tournament.

Firstly, in their opening game, a new record attendance for a women’s European Championship game was set at Old Trafford with 68,871 fans watching the action.

Furthermore, that record may not stand long as all tickets for the Final at the 80,000 capacity Wembley Stadium, have been sold out long ago. It is a good bet if England can reach the final, then that newly-set record may well be smashed once again.

However, it’s not just off the field that England have shone. They have smashed records on it too.

They now hold the record for the best performance in the Group Stages in any European Championship Finals (male or female) after scoring 14 goals without reply in their 3 Group Stage wins.

The Lionesses have also now won their last six Euro Finals group stage games. Only Germany can match that record, though the Germans have achieved this feat twice.

England’s 14 goals scored in the Group Stages is a record for any European Championship Finals (men or women).

Additionally, their 8-0 win over Norway is now the highest scoring win in European Championship Finals history (men or women) and the six goals they scored against Norway in the first half of that game is another record for goals scored in a single half in a European Finals game, men or women.

A look at some other statistics for the tournament reveal just how dominant England have been in the Group Stages of the tournament.

Three England players, Beth Mead (5), Alessia Russo (3) and Ellen White (2) are amongst the 7 players to have netted more than one goal in the event this summer.

Defensively, England are one of just two teams, along with Germany, to have not yet conceded a goal in the tournament.

The four quarter finals are outlined below. We’ll focus on England’s game, before giving you our tips for who we think will qualify from the other three quarterfinal games..

All four quarterfinal matches will kick off at 8pm UK Time.

Spain were the last team to stop England winning a game, with a 0-0 draw back in February in the Arnold Clark Cup, but it is fair to say that this Spanish team, minus a key player in Alex Putellas, has not quite been as strong as pre-tournament odds suggested.

A tame 2-0 defeat by Germany was followed by a nervy 1-0 win over Denmark, with the winning goal coming in injury time as the Danes desperately pressed to score a goal and it is fair to say that England’s form is in stark contrast to the Spanish team.

Spain may keep the ball better than England’s other opponents but I think they’ll struggle to create chances and with Beth Mead on fire, I back England to progress into the semi-finals with a relatively comfortable win here.

The other three quarterfinals take place over the following three days and are as follows:-

I think Germany will cruise past Austria in their quarterfinal and likewise, I would expect the Swedes to get past Belgium relatively comfortably, especially if they can find the form that they showed in their final group game in the tournament.

The final quarterfinal is a more difficult one to call. Both France and the Netherlands are better going forward than they are defending and this one could be an absolute classic between two attack-minded teams.

However, I feel France just have that extra edge in quality and it will be they that make it through to the semi-finals.

As you can see, it is no surprise that the four shortest priced teams are the ones that I feel will make the semi-finals and the way things are looking, I feel that England can beat Sweden in the first semifinal (although it will be very tough), while the second semi-final should be a cracker between France and Germany, with the Germans just perhaps having the edge.

So for me, it’s an England v Germany final and either of those options should you wish to back them at bet365 are at 11/4.