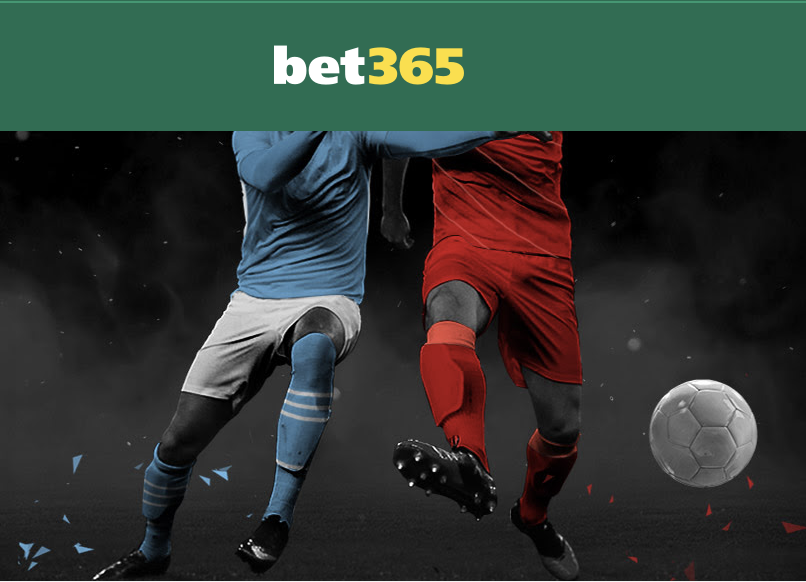 Arguably the most important game of the Premier League season, certainly in terms of the title, takes place this Sunday as Champions Manchester City host their most fierce and closest rivals Liverpool in a game that has massive title implications.

When the teams met earlier this season, they shared a point each after a 2-2 draw at Anfield. Now with just eight games of the season remaining, and one point between the two teams who are once again well clear in the title race, the stakes on Sunday’s game could not be higher.

Both come into the game on the back of midweek wins in the Champions League quarterfinals first leg, City defeating Atletico Madrid 1-0 at the Etihad, while Liverpool were 3-1 winners over Benfica in Lisbon, both results setting the teams up perfectly for Sunday’s showdown.

There’s going to be a lot of money wagered on this game Sunday given its importance and its global market and you can join in the fun too especially if you are a customer with bet365.

Not only are bet365 Sport offering comprehensive odds on a wide array of markets for the game on Sunday, but if you are a new or eligible customer with the company, then you could also qualify for a completely free £5 bet, check out after the preview below for more details!

But first let’s take a quick look ahead to Sunday’s big game.

Liverpool’s last win over City came in the Premier League back in November 2019, but that is their sole win in the last eight between the two teams.

City’s record at home against Liverpool is also good, having avoided defeat in their last three home games against the Reds. Their last defeat at home was in the 2018 Champions League and Liverpool’s last win in the league against City away from home was way back in 2015.

Certainly, City have had the better of recent meetings, but in truth, that will matter little on Sunday when the two team’s go head-to-head.

City have 73 points from 30 games in the Premier League to top the table. Liverpool have 72 points from their 30 matches played so far. They are well clear of Chelsea in third who have taken 59 points from 29 games so far.

There are distinct echoes of the title race back in 2018/19, when the two finished just a point apart, City amassing 98 points to Liverpool’s 97 to clinch an incredible title race.

This season’s race could be every bit as epic and there is no doubt that Sunday’s game will play a decisive role in deciding the outcome.

Ruben Dias will likely be absent for this game as he is still to fully recover from an ijnjury sustained a few weeks ago, but other than that, Pep Guardiola will likely have the rest of his first team squad options to choose from.

The main decision for Pep is not in defence, but in midfield and attack where there are a number of players vying for spots in the team. I think he may elect to play De Bruyne slightly further forward and bring in Gundogan to partner Rodri in the centre of midfield.

That may mean Grealish and Sterling miss out on the game with Foden, who was rested in the midweek against Atletico likely to come in given his good goalscoring record against Liverpool in recent matches. Here’s my prediction for City’s line up for Sunday.

Liverpool came through a tough away game against Benfica on Tuesday in the Champions League quarterfinals, winning that first leg 3-1. Konate, Keita and Luis Diaz started that game and I feel they may well make way for Matip, Henderson and Jota in the game at the weekend.

Trent Alexander-Arnold played his first full 90 minutes after recovering from a thigh injury, and that was a huge boost to the Reds as was Naby Keita getting significant game time. As such, Liverpool look to have a full-strength squad ahead of the game with City.

With that in mind, I expect Jurgen Klopp to name this team:

The results in midweek have slightly altered the betting odds on this game with Manchester City drifting slightly from 19/20 to even money with bet365 on the back of their performance against Atletico.

Liverpool meanwhile have come in from 13/5 to 5/2 on the back of their excellent win in Portugal against Benfica, while the draw remains an 11/4 chance.

In terms of what bet to make, with two draws in the last four games between the two, and so much at stake here, you know both managers know they cannot afford to lose this game, so I think a draw does look to be the sensible betting option.

However, I can totally understand City and Liverpool fans siding with their team in this one as you can make equally good cases for both to win the game.

Get A Free Bet On Man City V Liverpool With Bet365 Sport!

If all that build up has got you hyped up for Sunday’s game, then why not enjoy a completely free bet on the match worth £5 with bet365 Sport?

To qualify for this offer, you need to be a new or current customer with bet365 that is eligible to receive the offer.

Check your email, or your Bet365 inbox for an invitation to use your free bet, or you can simply log in and head over to the Manchester City v Liverpool betting markets section and browse the bets available.

You can place your free £5 bet on any single or Bet Builder market. Just add your choice to your bet slip and if you are eligible for the offer, you should see an option to check a box to use your £5 Free Bet on that bet.

Check the box and place the bet and sit back and watch the match unfold, knowing that if your bet is a winner, you will be paid in cash (although your free bet stake is not returned with your winnings).

With such a wide range of markets available, you’ll be spoilt for choice when it comes to deciding what to spend your free bet on, so why not take a quick look now at what the odds are on the bet you like for Sunday’s potential Premier League decider?

Promotional Details Of The Offer