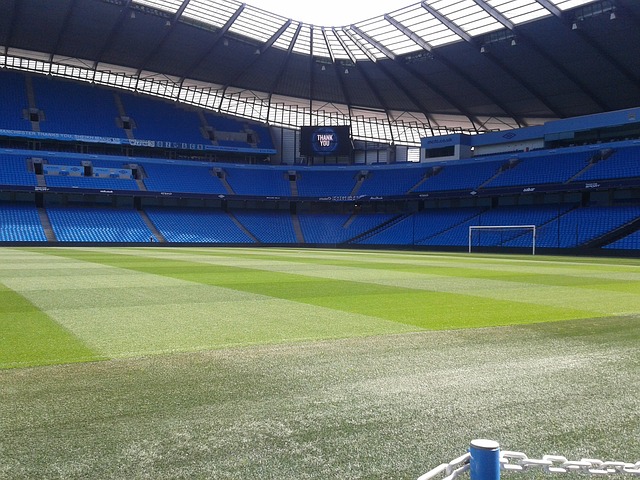 football club after this weekend. Having won the Carabao Cup Final with a late goal against Tottenham Hotspurs, City then went on to win both legs of their Champions League semifinal against Paris St Germain to reach the final for the first time on Tuesday evening.

That 4-1 aggregate win (2-1 in the first leg, 2-0 in the second) ensured City will play for European football’s biggest prize against either Chelsea or Real Madrid in late May. But they could cap off a remarkable two week period by clinching the Premier League title this weekend.

However, to do that they will need to beat Chelsea, the team that knocked them out of the FA Cup at the semifinal stage, perhaps the only blemish on City’s record over the last few weeks.

Of course, there are lots of other Premier League games to enjoy this weekend including Leicester taking on Newcastle on Friday night, Leeds against Spurs on Saturday lunchtime and then Aston Villa against Manchester United and West Ham v Everton on Sunday.

If you would like to have a bet on any of these games and want a site that offers year-round football betting options from not just the Premier League, but also a massive choice of leagues from all over the world, then bet365 Sport is the place to head.

However, if you are based in the United States and want to enjoy some top-quality soccer betting and want to know what the situation is based on the state you live in, then bestbetusa.com is the place to start. The site offers up to the minute information on sports betting news, promotions and offers across all states which permit sports betting and casino gaming and is a fantastic one-stop shop for punters based in the U.S.

Let’s take a closer look now at the full list of games this weekend before we preview the big clash at the Etihad in a bit more detail.

There is also a game being played Tuesday night as Southampton face Crystal Palace in one of the games in hand for both teams.

This game may not only be the match that decides the outcome of the Premier League title, it

may also be a preview of what the Champions League final could be at the end of the month. Manchester City are already through to the final, while Chelsea face Real Madrid tonight at Stamford Bridge having held Zinedine Zidane’s team to a 1-1 draw in Madrid last week.

When the teams met earlier on in the season at Stamford Bridge, Manchester City produced a superb display to win 3-1 with all three goals coming in a sumptuous first half display. Pep Guardiola would happily take a similar performance and result at the weekend to secure another Premier League title.

However, he won’t be taking anything for granted as in the recent FA Cup Semifinal between the two teams at Wembley, it was Chelsea who came out on top thanks to a solitary strike from Hakim Ziyech. That defeat ended Manchester City’s hopes of a domestic treble and made sure Chelsea have a chance to finish the season with a domestic trophy of their own (they face Leicester City in the FA Cup Final in a few weeks’ time).

With home advantage, City will be confident of picking up the win they need to confirm the Premier League title and there is no doubt that Pep Guardiola will be keen to tie that up as soon as possible. This would then allow him to rest some players over the final few games of the season ahead of that Champions League Final.

For Chelsea, the need is perhaps even more pressing. With West Ham still showing no signs of slowing down and with the likes of Liverpool, Tottenham and Everton also chasing that fourth spot in the table, the Londoners will want to maintain their advantage over the teams below them. A defeat here wouldn’t see them lose fourth spot, but could draw all those teams much closer to Chelsea with three games of the season left to play.

And Chelsea face a tough end to the campaign with games against Arsenal, Leicester and Aston Villa to finish off their season. This looks to be a significantly tougher run in than their rivals have.

There is also the fact that if Chelsea do reach the Champions League Final, then manager Thomas Tuchel won’t be able to rest too many players ahead of that game, if they are striving to hold onto fourth spot in the Premier League over those last few games.

It’s also worth noting that City have had 24-hours extra to prepare for this game given their Champions League semifinal second leg tie took place on Tuesday.

As you can see, I am backing Manchester City to get the job done this weekend against

Chelsea. With home advantage and after the boost of securing their first ever Champions League Final, Pep Guardiola will know winning this game will allow him to rest key men ahead of that crucial final game of the season over the next few weeks.

The fact that Chelsea will have had 24 hours less to prepare for this game will also be key in a long and tiring season and while I expect the Londoners to make it tough for City, I still feel the home side will be too strong.

I do expect Pep to rest some players that started in midweek, with the likes of Ferran Torres coming in and I have backed the Spaniard to grab a goal here as I think he is certainly due a goal and with him not playing in midweek, we know Pep likes to rotate players to get the best out of them.

Finally, my other tips for the match result in the other Premier League games this weekend (and Tuesday’s game) are listed as follows:

Chelsea Or Leicester – Who Wins The FA Cup Final?