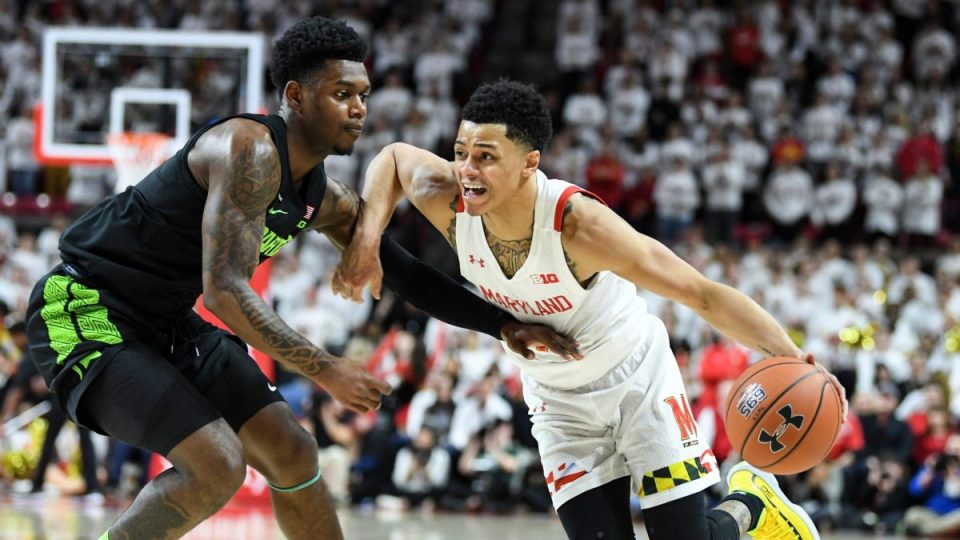 We are less than two weeks away from “Selection Sunday,” which will officially kick off the NCAA Tournament. We have a pretty good idea of what teams will be the top seeds, but the tournament is always full of surprises.
With that in mind, let’s try to find five betting underdogs to consider in this year’s tournament.

Here are our top five betting underdogs to consider. You will note that there are plenty of teams from the Big Ten Conference featured, as the conference was loaded with great teams this season.

Forward Jalen Smith is an elite talent as well that is capable of putting up a double-double every time out. Maryland only plays about six players 10-plus minutes per game, and they are going to have to stay out of foul trouble throughout the tournament.

Arizona Wildcats +4500: The Arizona Wildcats have been in a bit of a freefall of late, but this is still a team that can do some damage in the NCAA Tournament. Head coach Sean Miller brought in one of the best recruiting classes in the country this past fall, but the youth and inexperience have definitely shown up in Pac-12 Conference play.

Guard Nico Mannion is scoring in double figures and is also dishing out more than 5.0 assists per game. Forward Zeke Nnaji leads the team with 16.2 points per game and is a weapon on the block.

Arizona is holding teams to just 65 points per game, but they are going to need Mannion to be great to go on a run. It can happen for Arizona.

Iowa Hawkeyes +5500: The Iowa Hawkeyes have really struggled on the road this season, but they won’t face any true road environments in the NCAA Tournament. The Hawkeyes also do something better than almost any other team in the country, and that is shoot the basketball.

Iowa plays extremely fast when they have the ball, and they aren’t afraid to shoot it from deep. Oh, and the Hawkeyes also have an All-American candidate in Luka Garza. Garza is averaging close to 24 points per game this season, and he can score in a variety of ways.

CJ Frederick, Connor McCaffery, and Joe Wieskamp give the Hawkeyes plenty of scoring options on the perimeter. Iowa will need to find a way to get some stops on defense, but they can outscore almost any team that they play.

Dosunmu leads the team with over 16 points per game and continues to make clutch shots to win games. Cockburn is a double-double machine that won’t be fun for opponents to deal with.

Illinois can really defend as well, and they seem to get better with each game. The Fighting Illini have all of the pieces to make a deep run in March.

Marquette Golden Eagles +12500: If you haven’t seen Marquette guard Markus Howard play, then you have missed out on an incredible career. Howard is the best pure scorer in the country, and he is capable of going for 30+ every time out.

Marquette is pretty one-dimensional when it comes to the offensive side of the court, and they are going to have to make shots to go on a deep run. Individual players have a history of leading teams on a deep run in March, and it just feels like Howard is that player this season.