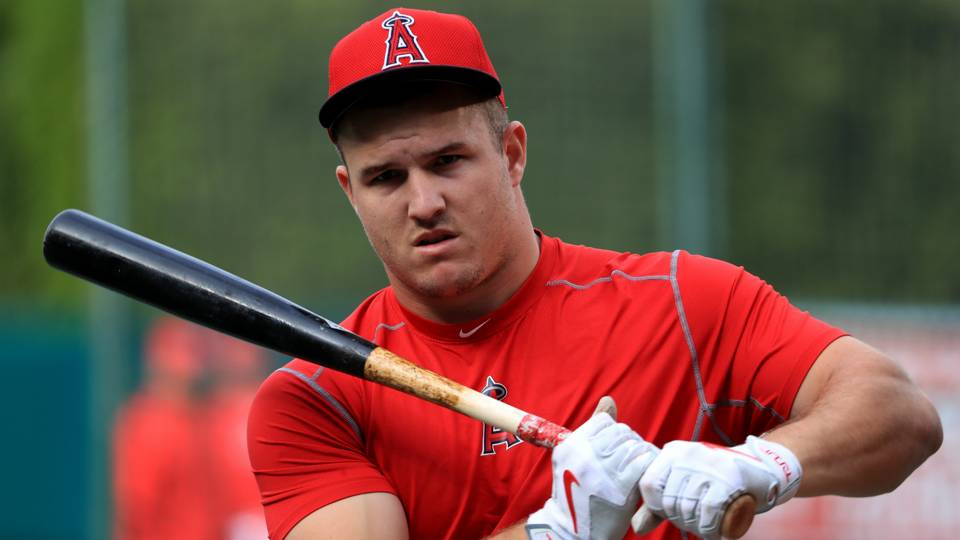 As the calendar shifts to August, the MVP race in both the American and National League is heating up. The American League has a clear top four betting favorites, while the National League race is a little more unclear. Let’s take a quick look at the updated betting odds before making a prediction for the winner in each league.

Mike Trout -150: Mike Trout will be looking to win his third career American League MVP in 2018. Trout is the huge betting favorite as he is having the best year of his career. The biggest thing hurting Trout is that the Los Angeles Angels won’t factor in the 2018 MLB Playoffs. Trout is on pace to have one of the best individual seasons in the history of baseball, and has an on base percentage of .461. If Trout finishes the year strong, he should win the MVP Award again in 2018.

Mookie Betts +225: Mookie Betts has been the catalyst for the Boston Red Sox this season, and they are the highest scoring team in all of baseball. Betts is batting .338 with 25 homers for Boston in 2018. The Red Sox have the best record in baseball, and this should help garner more votes for the young outfielder. Betts appears to be the biggest threat to Trout in the MVP race, and could easily surpass him by seasons end. 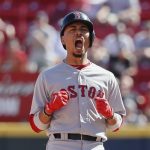 J.D. Martinez +333: J.D. Martinez comes in with the third best odds to win the AL MVP, but might be losing out on some votes to his teammate, Betts. Martinez has blasted 32 homers with 89 runs batted in during his first full season in Boston. The designated hitter is one of the most feared power hitters in all of baseball.

Jose Ramirez +600: Jose Ramirez might be the best player that you never hear about. The slugging third baseman is having another terrific year for the first place Cleveland Indians. Ramirez has posted a 7.3 WAR through the first four months of the season. The Indians are a lock to make the playoffs this season, which should help make the case for Ramirez.

American League Prediction: Mike Trout is clearly the best player in baseball, but his team’s record will hurt his chances this season. Look for Mookie Betts to garner enough votes to steal the award away from Trout. Betts is an up and coming star in the Major Leagues and will be the 2018 AL MVP.

Nolan Arenado +275: Nolan Arenado is now the betting favorite to win the NL MVP Award after a strong start post All-Star Break. Arenado has the Rockies in the playoff mix with his steady offense and stellar defense. The third baseman has an outside chance of winning the triple crown this year as well as he is in the top-10 in all three offensive categories. If the Rockies make the playoffs, the award should go to Arenado.

Paul Goldschmidt +350: Paul Goldschmidt got off to a horrible start in 2018, but has been on a tear of late. The Diamondbacks first baseman is hitting just .277, but has an on base percentage of .384. Arizona is currently leading the National League West, in large part thanks to the resurgence of Goldschmidt. 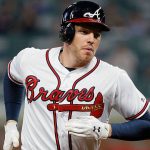 Javier Baez +400: The electrifying Cubs second baseman is putting together the best year of his career for Chicago. Baez leads the NL with his 82 RBI’s, and is a real threat to hit 30 homers and steal 30 bases this season. His .330 on base percentage could sway some voters, but there is no denying the impact he has had on the Chicago Cubs.

Eugenio Suarez +700: Eugenio Suarez is having a monster season for the last place Cincinnati Reds. He is second in the National League in runs batted in, trailing Baez by a single tally. The record of the Reds should play a role in the voting, but don’t be surprised to see Suarez finishing somewhere within the top 10. He doesn’t appear to be a real threat to win the award.

National League Prediction: The National League MVP race is shaping up to be a great battle, but in the end it should be a two-player race between Arenado and Goldschmidt. The two teams will be battling for a playoff spot in the NL, and that could determine the MVP winner as well. In the end, look for the Rockies to make the playoffs, and Arenado to win the NL MVP Award.

Who Wins the Three Divisions of the Football League and the Community Shield?