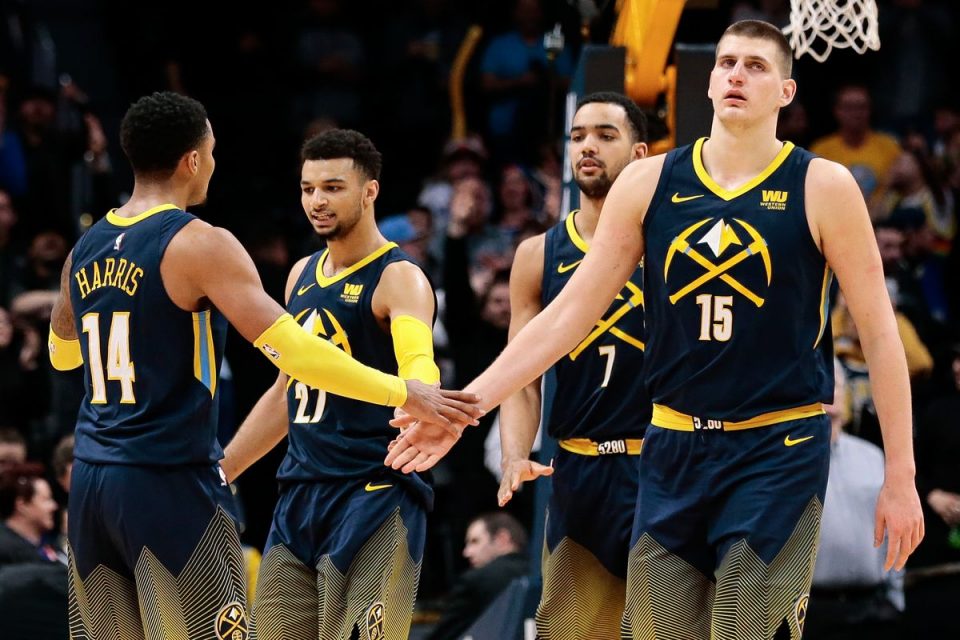 After a wild and crazy 2018-19 regular season, the NBA Playoffs are set to begin this weekend. Both conferences appear to be wide open, but the first round should go mostly according to plan. Below is a preview of each of the eight first-round series with a prediction for each of them.

The Milwaukee Bucks came out of nowhere to finish the regular season with the best record in the NBA at 60-22. Milwaukee is led by Giannis Antetokounmpo, who is averaging 27.7 points, 12.5 rebounds, and 5.9 assists per game. The “Greek Freak” will likely finish in the top-two in the MVP race. Detroit snuck into the eight seed in the East but could be without Blake Griffin to begin this series. Milwaukee swept all four games from Detroit in the regular season, and they should do the same in this series. The Milwaukee Bucks are winning this in 4 games. 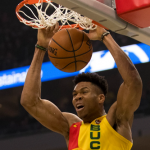 Kawhi Leonard averaged 26.6 points, and Kyle Lowry averaged 8.7 assists per game to lead the Toronto Raptors to the number-two seed in the East. The Raptors don’t have to worry about the Cavaliers this season, but they shouldn’t take the Magic lightly in the first round. Orlando has an All-Star center in Nikola Vucevic, who is a double-double machine. The Magic can also defend and are holding opponents to just 106.6 points per game. The Magic and Raptors split the four games during the regular season, and this series will be closer than most people think. Toronto is going to win this series, but look for it to go 6 games.

The Philadelphia 76ers and Brooklyn Nets split their four-game season series this season, but I don’t see this series being all that close. The 76ers are averaging more than 115 points per game this season, and Joel Embiid is averaging 27.5 points per game. The addition of Tobias Harris gives the Sixers one of the most talented starting units in the NBA. D’Angelo Russell and Spencer Dinwiddie have combined for more than 38 points and 11 assists per game this season, but the Nets don’t defend well enough to win this series. Brooklyn might be able to sneak out a victory, but the 76ers will close this out in 5 games.

This should be the most entertaining first-round series in the Eastern Conference, and it has the potential to go 7 games. Boston won 3 of the 4 games from the Pacers in the regular season, but the games were extremely competitive. The Pacers are allowing just 104.7 points per game this season which leads the league, and they are tough to beat at home. Kyrie Irving and Jayson Tatum have combined for more than 40 points per game this season, but the Celtics struggle to score at times. Boston will also be without Marcus Smart for the entirety of this series, and that is a huge loss. I’m not betting against the Celtics on their home floor, and they will win the series in 7 games.

There will be plenty of points scored in this series, as the Warriors and Clippers are both averaging more than 115 points per game. Stephen Curry and Kevin Durant have combined to pour in 53 points per game this season, and the Warriors can really shoot it. Lou Williams comes off the bench to score 20 points per night for the Clippers, and they won’t be afraid to run with Golden State. The Warriors won 3 of the 4 games from the Clippers in the regular season, and they will make short work of this series. Take the Golden State Warriors in 5 games.

This will be the biggest surprise of the first round of the NBA Playoffs. The Spurs and Nuggets split their four games in the regular season, and there isn’t a huge gap in talent between the two teams. Denver allows just 106.7 points per game, but score only 110.7 per night. San Antonio shoots almost 40 percent from the three-point line, and have a 1-2 punch with DeMar DeRozan and LaMarcus Aldridge. The Spurs also have a huge edge in coaching in Gregg Popovich. Denver had a terrific regular season, but they are losing this series. Take the San Antonio Spurs in 7 games over the Denver Nuggets.

The Oklahoma City Thunder looked like a top 4 team this season, but they stumbled late. Portland has had a terrific season, but they are playing without their center. Oklahoma City won all four games against the Trail Blazers this season. Paul George is averaging 28.0 points per game for the Thunder, and Russell Westbrook is a triple-double machine. Damian Lillard and CJ McCollum are a dynamic duo for Portland, but they don’t have a ton of depth. This should be another high-scoring series that will go the distance. Look for another upset in this series with the Oklahoma City Thunder winning the series in 7 games. 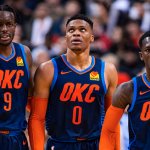 The Houston Rockets are not happy with being the fourth seed in the West, but they are going to have to rebound in a hurry. James Harden has been an unstoppable force all season long and is averaging more than 36 points per game. Utah has allowed just 106.5 points per game this season, and they will do all they can to slow him down. Even though the Jazz are always tough to beat at home, they just don’t have enough scoring to keep this series close. Take the Houston Rockets in 5 games over the Utah Jazz.

Who Wins The Champions and Europa League Quarterfinals?

Are We All Set For Drama In This Week’s Big Champions League Quarterfinal 2nd Leg Ties?