The NBA Playoffs second round is set to begin this week. There are some very intriguing matchups set to take place, with some familiar teams in the mix. The Western Conference appears to feature two dominant teams, Houston Rockets and Golden State Warriors. The Eastern Conference meanwhile appears to be wide open. The Boston Celtics will take on the Philadelphia 76ers in what should be a very competitive series, but won’t last 7 games. The Toronto Raptors and the Cleveland Cavaliers are set to square off in a series that is almost certain to go the distance.

LeBron James and the Cleveland Cavaliers 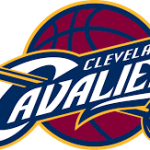 The Cleveland Cavaliers almost didn’t make it to the second round, but were able to hold off the Indiana Pacers in game 7 to advance. The Cavaliers were able to survive thanks to a historic performance from LeBron. James averaged over 33 points and 10 rebounds per game in that 7 game series. LeBron was even better in game 7, scoring 45 points to lead the Cavs to the series win.

The problem for Cleveland is that they have yet to find anyone who will consistently step up to support James. Kevin Love is the only other player who averaged double figures in round 1, and he only averaged 11.0 points per game. In round 2, the Cavaliers must find more scoring options if they want to advance. 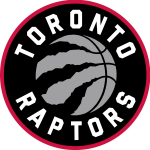 The Toronto Raptors are once again led by DeMar DeRozan and Kyle Lowry, but they have plenty of help behind them. DeRozan led the Raptors in round 1 by averaging 26.7 points per game. Lowry, meanwhile, averaged 8.3 assists per game and is great at putting his teammates in a great position to score.

The Raptors have plenty of star power, but it has been their depth that has powered them so far in the playoffs. Toronto had 11 different players average over 10 minutes per game in round 1, and head coach Dwane Casey has a variety of different options that he can use. Casey is a top candidate for Coach of the Year Award in the NBA this season.

The Cleveland Cavaliers and the Toronto Raptors faced off three times during the regular season, with the Cavaliers winning two of those games. The Raptors blew out the Cavaliers on January 11, beating them 133-99. This game took place before the trade deadline, and the Cavs roster was a lot different at the time. After the roster overhaul, the Cavs defeated the Raptors in both of their meetings. Cleveland beat the Raptors on March 31, 132-129, and on April 3, 112-106. All three games were extremely high scoring affairs, and this playoff series should be no different.

The Toronto Raptors and the Cleveland Cavaliers were both top 5 scoring teams during the regular season. The Raptors however were much better than the Cavaliers in points allowed. The Raptors were tied for the top spot in opponent’s scoring average and also finished 2nd in the NBA in scoring margin. The Cavaliers have not been a very good defensive team all season, and that trend continued in round 1 of the playoffs.

Why the Series Will Go 7 Games

On paper it appears that the Toronto Raptors are the much better team, but they don’t have LeBron James on their roster. LeBron is the best player on the planet, and he proved in round 1 that he will not let the Cavaliers get knocked out easily. Toronto knows that the depth of their roster is much better than that of the Cavs, but they don’t have that one player that can win them a game if needed. Toronto is tired of getting eliminated by the Cavaliers, and they appear to be primed and ready to exact some revenge this season. LeBron James appears ready to deliver whatever is needed of him in order to stay atop the Eastern Conference. The Raptors are good enough to push the Cavaliers to the brink, but must prove it can deliver the knock out blow. This will be a series that will be talked about for a long time.

Which teams will contest the Champions and Europa League Finals?