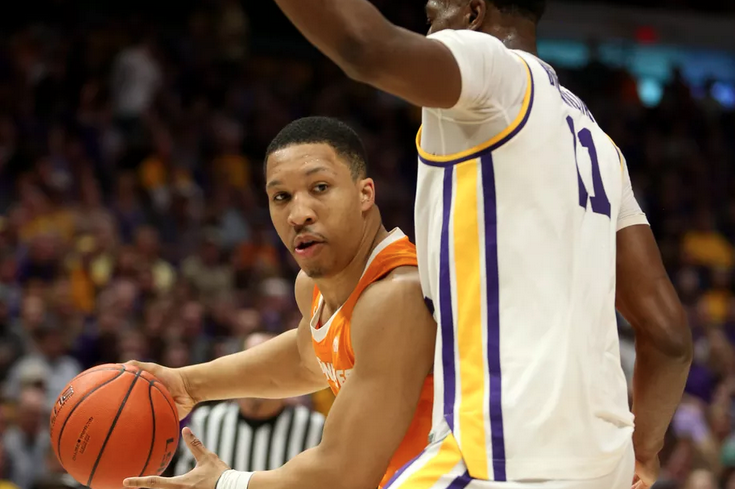 The 2018-19 men’s college basketball season is reaching the final few weeks, and conference races are starting to get extremely heated. There aren’t a ton of top-25 matchups on the schedule this weekend, but there are several great games. Let’s take a look at the four best games on the weekend slate and make a betting pick and prediction for each game.

The best game of the weekend will take place in the SEC when the Tennessee Volunteers host the Kentucky Wildcats in a top-10 clash. Tennessee will no doubt be looking for some revenge after getting blown out by Kentucky just two weeks ago. The Volunteers are a very experienced team that is averaging 83.6 points per game. Forward Grant Williams leads the team with 19.0 points and 7.6 rebounds per game this season, but Tennessee also has a terrific group of players in the backcourt. The Volunteers managed to score just 69 points in their first meeting with Kentucky and must shoot the ball better in this rematch. Kentucky is getting the job done with their defense this season, allowing just 64.9 points per game. Forward P.J. Washington has emerged as a real threat in the low post, averaging 15.2 points and 7.9 rebounds per game. These two teams should meet up again in the SEC Championship Game, but the Volunteers are winning this game. Bet the Tennessee Volunteers over the Kentucky Wildcats. 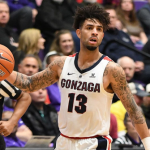 Gonzaga is back to being the top-ranked team in the country, but they have a difficult game on Saturday night against the Saint Mary’s Gaels. Saint Mary’s has always played Gonzaga tough through the years, and they might be the only team capable of giving Gonzaga a loss in the West Coast Conference. Gonzaga beat the Saint Mary’s by 48 points earlier this season, but this game will be much closer this time around. The Gaels are one of the better defensive teams in the country, allowing just 65.4 points per game this season, but Gonzaga is even better allowing just 65.2 points per game. Gonzaga is much better on offense, scoring better than 90 points per game and they have an extremely deep and talented roster. The Gaels will need guard Jordan Ford (21.8 ppg) to go off in this game if they are going to have any chance. Don’t expect this game to be another blowout, but Gonzaga is going to win again. Bet the Gonzaga Bulldogs over the Saint Mary’s Gaels.

One of the most underrated games on the weekend schedule is a Mountain West Conference clash between Utah State and Nevada. Nevada is trying to lock up the regular season Mountain West Conference title, but Utah State can move into a first-place tie with a win. Utah State is led by guard Sam Merrill who is averaging 20.2 points and 4.3 assists per game. The Aggies have also been great on defense this year, allowing just under 66 points per night. The Wolf Pack are led by a trio of future NBA stars in Caleb and Cody Martin and Jordan Caroline. That trio has combined to score more than 48 points and grab 20 rebounds per game. Nevada plays an aggressive defense that is holding opponents to 65.9 points per game this season. The Wolf Pack beat the Aggies by 23 points earlier this season, but this matchup is going to be much closer. Nevada should have enough talent to come away with the win, but expect a close, low-scoring game. Bet the Nevada Wolf Pack over the Utah State Aggies. 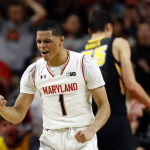 The Maryland Terrapins will host the Michigan Wolverines in a battle of top-four teams in the Big Ten Conference. Michigan beat Maryland by 13 points earlier this month, but Maryland has been tough to beat at home. Both teams are in the top 30 in team defense, but Michigan is the third best defensive team in the country, allowing just 58.4 points per game. Anthony Cowan Jr. leads the team with 16.0 points per game this season, but center Bruno Fernando has been the real star. Fernando has poured in 14.4 points per game while also averaging 10.6 rebounds per contest. The Wolverines also have a star big man in Iggy Brazdeikis, but Michigan is led by a trio of talented guards. Point guard Xavier Simpson is the catalyst of the offense, leading the team with six assists per night. Don’t expect many points in this game, but Michigan will find just enough scoring to pull off the upset on the road. Bet the Michigan Wolverines over the Maryland Terrapins.

Double Whammy of Premier League Tips for Midweek and the Weekend