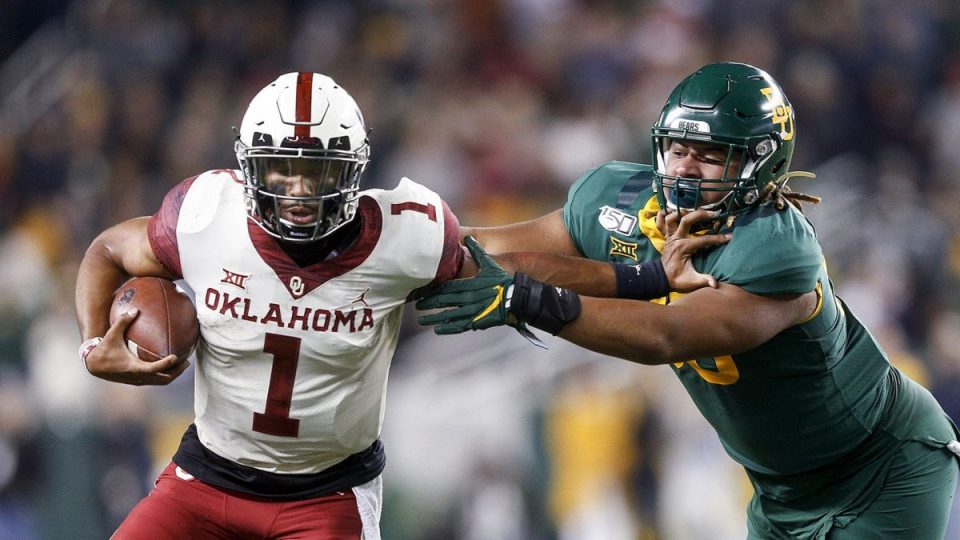 The Pac-12 Conference has been extremely competitive and unpredictable all season long, and it should be much of the same in the Pac-12 Championship Game. Utah comes into this game with a record of 11-1, while the Oregon Ducks are an impressive 10-2 this season. Both teams feature terrific play on the defensive side of the ball, and that could definitely play a huge role in this game.

Oregon has one of the best quarterback prospects in the country on its side in Justin Herbert, but he has not been great this season. The Ducks are averaging less than 275 passing yards per game, and their offense has not been as explosive as they usually are.

Utah has actually scored more points than Oregon this season, and its defense has been dominant as well. The Utes have allowed just 25 combined points in their last three games, and they will be tough in this game.

Bet the Utah Utes -6.0 over the Oregon Ducks in this game.

The Big 12 Championship Game will feature the Oklahoma Sooners taking on the Baylor Bears. This is a rematch of a stunning regular-season game that featured a ridiculous comeback by the Sooners just three weeks ago. Baylor jumped out to a monster lead in that game but suffered a 31-28 defeat. Oklahoma wants to win games with its offense, and Baylor is one of the best defensive teams in the conference.

Baylor quarterback Charlie Brewer had a great regular season, throwing for close to 3,000 yards. The Bears put up more than 36 points per game this season, and their defense allowed just 18.4 per contest.

Oklahoma tried to outscore every opponent it played this season and ended the season with a scoring average of 44.3 points per game. Quarterback Jalen Hurts threw for over 300 yards per game this season, while also racking up over 1,200 rushing yards.

Bet the Oklahoma Sooners -8.0 over the Baylor Bears in the Big 12 Championship Game.

The Big Ten Championship Game is a rematch between Wisconsin and Ohio State. The Buckeyes won the first matchup of the season by a score of 38-7, and they have not slowed down since the beginning of the season. Ohio State is the top-ranked team in the country, and it has outscored its first 12 opponents by an average of 38 points per game. The Buckeyes have plenty of NFL talent on their roster, and they waste little time in scoring when on offense.

Wisconsin does not have an explosive offense this season, but it does have one of the best running backs in the country. Jonathan Taylor has run for close to 1,800 yards and 18 touchdowns this season, and he has the potential to keep this game close. Wisconsin will have to sustain some long drives to give its defense a break in this game.

Ohio State is going to roll, but look for the Badgers to keep it close. Bet the Wisconsin Badgers +16.5 over the Ohio State Buckeyes.

The best game of the weekend will likely be the SEC Championship Game between the LSU Tigers and Georgia Bulldogs. LSU is one of the highest-scoring teams in the country this season, and quarterback Joe Burrow is the likely Heisman Trophy winner. Georgia is giving up just 10 points per game this season, and its defense has the ability to shut down any opponent.

The Bulldogs can run the ball well with running back D’Andre Swift, and quarterback Jake Fromm has won some huge games in his career. The problem is that LSU has a terrific defense as well, and its secondary is loaded with future NFL players.

Burrow has completed nearly 80 percent of his passes this season, and LSU can score points in a hurry. The Tigers have some monster wins already this season, and they won’t be afraid of the moment.

Bet the LSU Tigers -7.5 over the Georgia Bulldogs in the SEC Championship Game.

The Clemson Tigers are the reigning national champions in college football, and they look like strong contenders to win it all again this season. Clemson is a monster 28.5-point favorite over Virginia in the ACC Championship Game, and it’s hard to imagine this game staying that close.

Virginia has three losses already this season, and its offense has really struggled of late. Clemson is loaded with NFL talent on offense, and quarterback Trevor Lawrence will have a big game in this one. The Tigers also have one of the best defenses in college football, and they aren’t going to give up much in this game.

Bet the Clemson Tigers -28.5 to blow out the Virginia Cavaliers in this game.

What Are The Top Sporting Themed Slots I Can Play at bet365 Games?