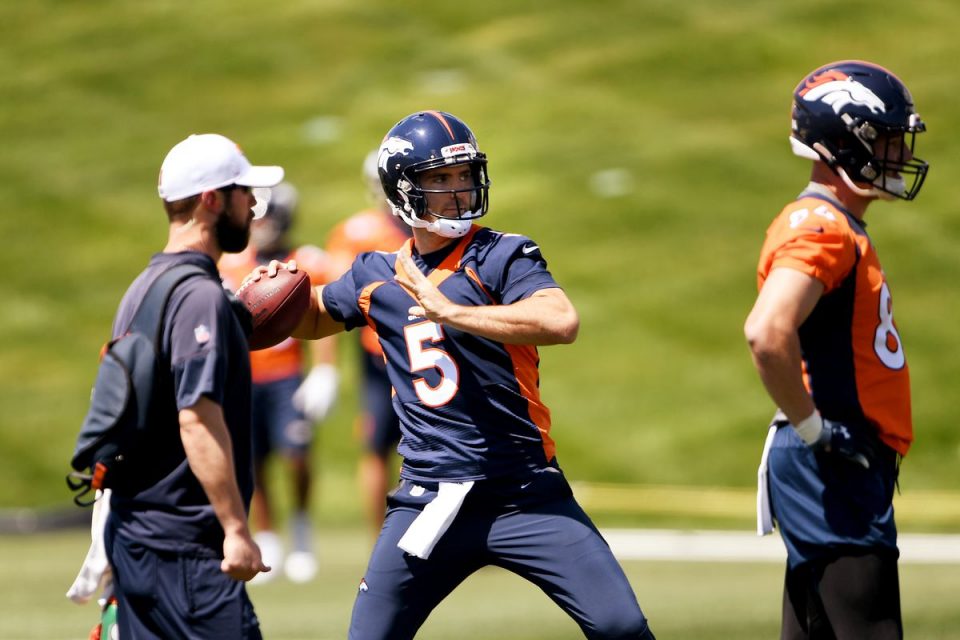 Football is back! The first day of August will give football fans their first chance to watch a live game as the NFL preseason slate is set to begin. The 2019 Hall of Fame Game will mark the start of the NFL preseason once again, and the game will be played in Canton, Ohio.
The Denver Broncos will take on the Atlanta Falcons in the 2019 version of this game, and it should be another exciting night in Ohio. Even though betting on NFL preseason games isn’t as easy as the regular season, this will still give bettors a chance to make some money.
The Denver Broncos are -3.0 point favorites over the Atlanta Falcons on Thursday night. The over/under is set at 34.0 total points for this game. Let’s take a look at each team before making a few betting predictions for the 2019 Hall of Fame Game.

The Denver Broncos went just 6-10 in 2018, and it ended up costing Vance Joseph his job as head coach. The Broncos went out and hired Vic Fangio, who spent the last few seasons as the defensive coordinator for the Chicago Bears. Fangio inherits a terrific defense, but there are still plenty of question marks on this roster. The Broncos are hoping to sneak into the playoff field in 2019, but a lot of things are going to have to go right for that to happen. Denver is planning on playing some of their regulars in this game.

If the Denver Broncos are going to win more than six games this season, their offense is going to have to catch up to the defense. Denver made a stunning move in the offseason in acquiring Joe Flacco from the Baltimore Ravens. Flacco should start out the season as the starting quarterback, looking to improve a team that scored less than 21 points per game a season ago. Denver does have a star in the backfield and hometown hero, Phillip Lindsay. Lindsay ran for more than 1,000 yards a season ago and should have an even better season in 2019. If Flacco can just be right around league average, the Broncos should have more balance on offense this season.

Denver had one of the best defenses in the AFC a season ago, and they should only get better under Fangio. The Broncos have a pair of superstar pass rushers in Bradley Chubb and Von Miller, and they can cause a lot of havoc. Chubb and Miller combined for 26.5 sacks a season ago and might have an even bigger season under their new leader. Linebacker Todd Davis led the team with 114 tackles, and the Broncos return almost their entire defensive unit.

The Atlanta Falcons were in the Super Bowl just a few years ago, but they have struggled in the last few years. The Falcons went just 7-9 a season ago and missed out on the playoffs yet again. Atlanta still has many of the same pieces that were on that Super Bowl roster, and the hope is that they can make a return to the playoffs this season. Atlanta has already announced that many of their stars, most notably Julio Jones, will miss the entirety of the preseason. The Falcons don’t have a ton of motivation to play well in this game.

The Falcons didn’t have any trouble scoring points a season ago, but they are looking for more balance on offense in 2019. The Falcons threw for 290 yards per game while rushing for fewer than 100. Quarterback Matt Ryan continues to play at a high level and threw for almost 5,000 yards in 2018. Julio Jones caught 113 passes for 1,677 yards a season ago and has reported to camp, even though he won’t play in the preseason. Tevin Coleman and Devonta Freeman provide a solid 1-2 punch in the backfield if they can both stay healthy.

Defense is where the Falcons have had plenty of problems in the past, and it looks like it could be an issue again. The Falcons have been terrible defending the pass, and that just won’t work in today’s pass-happy league. Takkarist McKinley was supposed to be an elite pass rusher, but he recorded just seven sacks in 2018. Vic Beasley made just 20 total tackles in 2018 and can’t seem to fight off blocks. If Atlanta wants to make a return to the playoffs, they must find a way to stop someone.

Betting on the NFL preseason is always a risky proposition, but this game feels a little more obvious than some of the other games will be. Atlanta has a veteran team with very little to prove in this game, while the Denver Broncos will be debuting a new head coach. The Broncos should have more to play for, and they will cover the three-point spread in this game. Offenses should be ahead of defenses this early in camp as well, and expect a lot of points scored. Bet the over 34.0 total points in the Hall of Fame Game.