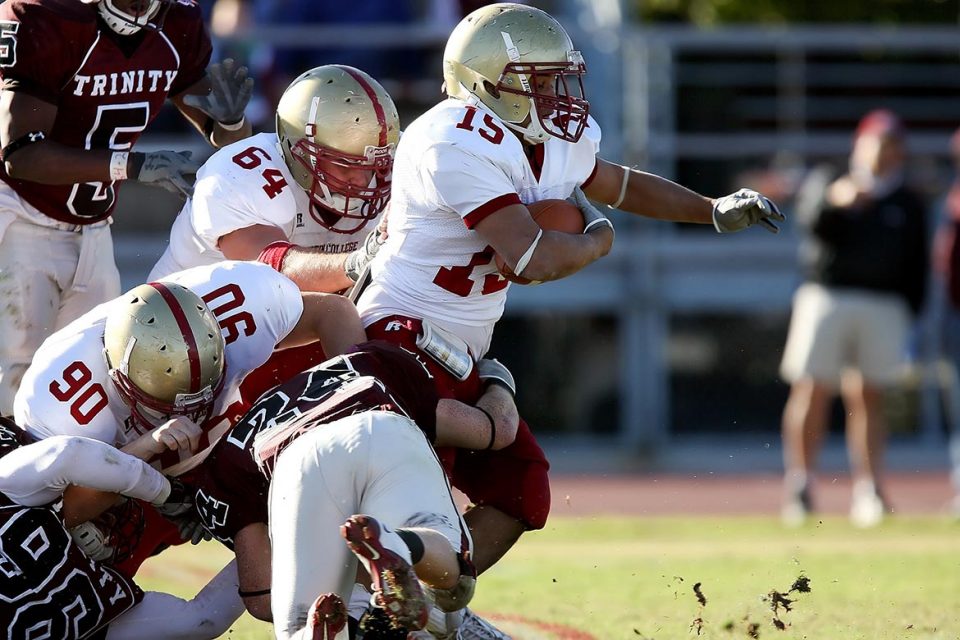 Last season in the NFL saw an exciting regular season with the eight divisional champions joined in the playoffs by six more teams, three each from the two conferences.

The Green Bay Packers (NFC) and the Tennessee Titans (AFC) were the two teams to earn an opening playoff weekend bye and home field advantage throughout the playoffs, but both were beaten on their in front of their own fans.

The Packers losing to the 49ers and the Titans similarly defeated by the Bengals.

In the end, it was the Los Angeles Rams who claimed the Super Bowl after beating the Cincinnati Bengals in their home, SoFi Stadium, to become the second team in successive seasons to win the Super Bowl at home.

Since then, we have seen a very busy free agency period with lots of intriguing moves, with a number of wide receivers earning big money trades or signing huge new contracts.

The legend Tom Brady has retired, then un-retired just 60 days later and confirmed he is coming back for another season with the Buccaneers and we have seen top quarterbacks such as Deshaun Watson (Houston to Cleveland), Russell Wilson (Seattle to Denver) and Matt Ryan (Atlanta to Indianapolis) all make big money trades.

However, the NFL MVP for the second successive year, Aaron Rodgers, stayed put in Green Bay.

And don’t forget too we have had the NFL Draft, which saw some intriguing selections made, with a number of the much vaunted Georgia Bulldogs defense coming off the board in the first couple of rounds, including five players in the first round starting with the number 1 overall pick in defensive end/edge rusher Travon Walker.

In fact, so much has happened over the post and pre-season period, that the odds on teams winning their division, let alone the conference championship or the Super Bowl, have been pretty fluid at times, with some teams odds lengthening considerably (Seattle and Atlanta for example), while other team’s odds have come right in (Denver, Indianapolis, Cleveland, Tampa Bay).

So with that in mind, I am going to take a look at the odds available with bet365 Sport for the eight divisions in the NFL and give you my prediction for how I see each division finishing, with a predicted finishing record for each team.

The odds shown for each team were correct with bet365 Sport at the time of writing and were for that team to win their division, but may well have changed in the run up to the new season starting as teams work their way through their pre-season fixtures.

Teams that I’ve backed to qualify for the Playoffs are shown in bold, together with their predicted seeding.

I do think the AFC East will be closer than in recent years in one respect. I feel that the New England Patriots are not perhaps the force that they once were and I do feel that the Miami Dolphins and the perennially awful New York Jets, have both made some very positive moves to strengthen this season.

As such, I can see an unexpectedly close battle between these three teams for the bottom three spots in the division, but I fear all may miss out on the playoffs because like most experts, I have the Buffalo Bills as not just winning this division but winning it comfortably and perhaps even claiming home field advantage throughout the playoffs due to their dominance.

Looking at the odds, the Bills are the clear favourites, but keep an eye on the Jets over the first few weeks of the season – if they start to pick up some results and gain some momentum, don’t rule them out of a 2nd place finish and maybe, if they really defy expectations, push for the playoffs.

In a division that has been renown for physical, powerful defense over the years, it is looking very much like a battle between elite quarterbacks for the AFC North title this season, at least for the three joint-favourites to win the title.

The Ravens have Lamar Jackson returning, the Bengals have Joe Burrow fresh from a Super Bowl season and the Browns traded for Deshaun Watson and will hope he is able to play and not suspended by the NFL.

The Steelers QB situation isn’t too clear as yet with First Round draft pick Kenny Pickett battling it out for that starting position with Mitch Trubisky and Mason Rudolph. Trubisky was expected to start, but it seems Pickett is making a real challenge for that starting role.

Even so, I can’t see this division battle involving the Steelers and the Browns season hinges on any disciplinary action pending from the NFL for Deshaun Watson. The Ravens were better than their record last season suggested and I think it will be a close battle between them and the Bengals for the title this season.

There’s no doubt that this is the most intriguing division in the NFL this season, with stellar talent throughout each of the four teams, especially at quarterback where you have Patrick Mahomes (Chiefs), Derek Carr (Raiders), Russell Wilson (Broncos) and Justin Herbert (Chargers) facing off against one another in the key divisional games.

I see those six games being absolutely fundamental to how this division will pan out and my guess is that whoever has the best record out of those games, will go on to win the division.

I’d be hugely surprised if at least one more team does not join the divisional winners in the playoffs next season from the West, and it could well be two given how stacked this division is with talent.

I think the Broncos, Chargers and Raiders have all made significant steps forward while the Chiefs have probably taken a slight step back with the trade of key wide receiver Tyreek Hill to Miami.

It’s fair to say I cannot wait to see how this division goes and suffice to say, it isn’t easy to make the picks in this division, but here’s how I see things going.

For me, the South is the weakest division in the AFC along with the East and I can’t see the Texans or the Jaguars making much impression on the Colts and Titans when it comes to the divisional title race.

Houston are still very much in a rebuilding phase and their squad just does not have the talent to make an impact in this division over the longer term. The Jaguars are further along the rebuild process, but I don’t think they are ready to go toe to toe with the Titans and Colts just yet.

Two deals have seen the Colts installed as favourites in this division, the Colts snapping up Matt Ryan and the Titans trading away key receiver AJ Brown (as well as losing Julio Jones in Free Agency). That’s a pretty big shift in power from the Titans to the Colts and why Indianapolis now leads the betting.

The Colts and Titans may benefit from a weaker division, especially if they can win all four games against the Jaguars and Texans (by no means a given) and if they can, then both may make it into the playoffs.

This would give us the following situation in the AFC Playoffs

The East is a strange one, I like the Dallas defense, but I am not convinced their offense is really up to standard. I think the Giants have made some real progress this off season but not enough to really be in the mix for the playoffs here.

The Commanders have changed their name but there’s still a lot wrong with that franchise for me on the offensive side of the ball, while the Eagles I think are the best balanced of all four teams in the East and the arrival of AJ Brown to play alongside Heisman Trophy winner DeVonta Smith looks a shrewd move.

The Cowboys won this division last season, but I think this year, the Eagles may be the team to watch, especially if Jalen Hurts starts to get a good understanding with Brown and Smith and their two Georgia draftees Jordan Davis and Nakobe Dean have the impact on defense that they would like.

This division has been dominated by the Packers in recent season and I can’t see the loss of Davante Adams changing that here. The Lions and Bears have made improvements I feel, but not enough to seriously challenge the Packers, but the Vikings may well find themselves under a bit more pressure from the teams that finished below them last year.

The Vikings are an odd one for me, they do flatter to deceive and their playmakers don’t seem to be able to string together enough consistent wins, especially in the key games in the division, to make them a genuine threat to the Packers.

I do think the Bears may well be better next season with Justin Fields looking very good in pre-season, but will a second playoff spot be on offer for a team in this division? I am not so sure.

This is still the toughest division in the NFC at the moment but I feel the Super Bowl Champions Los Angeles Rams should be considered the divisional favourites and by quite a margin. I’d expect at least two teams from this division to make the playoffs, and it could even be three, just like last season.

Joining the Rams I think will be the 49ers, though much does depend on the Deebo Samuel situation and how well Trey Lance adapts to being the first choice starter for the franchise in his first full season as starting QB.

The Cardinals started last season superbly but tailed off and I’m concerned that lack of form over the latter part of the season was symptomatic of problems that the team haven’t really resolved and losing DeAndre Hopkins for a chunk of the season won’t help them either.

This season will be a real struggle for the Seahawks and I think they’ll make no impact in this division.

Tom Brady opting out of retirement has put the Bucs back in the driving seat in this division and with two teams I think will really struggle this season, in the Panthers and Falcons, I think this division is the Bucs to win and to win comfortably.

The Saints will provide the sternest opposition and I do feel that New Orleans can claim a playoff spot this season, especially if their defense can play at its highest levels and they avoid the key injuries they suffered on offense last year.

For me, this is the easiest division to predict in the NFL.