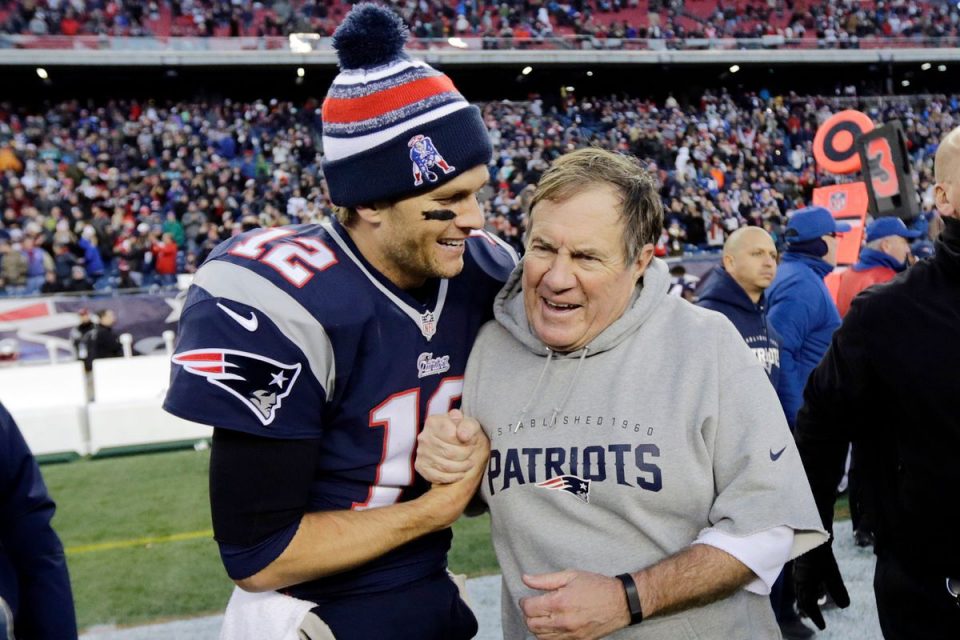 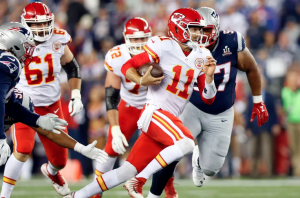 couple of games and just the final couple of pre-season games to go before the season kicks off in September. Many starters will likely be rested for the majority of these games, especially the fourth pre-season match, but we already have a good idea about which teams look likely to be able to put together a solid season and make the playoffs, with the chance for a potential run at the Superbowl.

Last season, the New England Patriots claimed their third Superbowl win in five years, and their sixth in total (equalling the record held by the Pittsburgh Steelers) when they defeated the Los Angeles Rams 13-3 in the Atlanta Falcons home stadium, the Mercedes Benz Arena. The Patriots will still have Tom Brady at quarterback and Bill Belichick as head coach as they seek to extend their dynasty in 2019.

However, there are a number of teams playing in the AFC and the NFC that harbour ambitions of getting the better of the Patriots and replicating their success this coming season. Who are those teams likely to be? In this article, we are going to predict which teams that have the potential to land the Superbowl this year.

If you fancy a flutter on which team will win the Superbowl, then bet365 Sport are offering odds on this market already. The odds shown in this article were correct at the time of writing but may have altered in the meantime. If you fancy a bet with bet365 and are not yet a member, join today using the bet365 New Customer Bonus and you will also get a little added benefit when you start betting on site.

If you are in Pennsylvania and are looking forward to your first opportunity to bet on the NFL, thanks to the changing of state laws, then check out the sports betting service available at PlaySugarHouse.com. If you are not yet a customer, click on the link to get the latest playsugarhouse bonus code information to ensure you get the best deal when you sign up.

Let’s now recap the 32 teams in the NFL within each division.

The teams play their matches across 16 games in the regular season, each 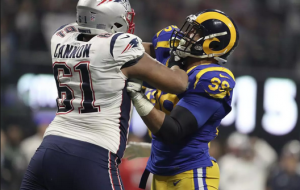 team has one bye week at some point mid-season. The top six teams in each conference, the four divisional winners, plus two Wild Card teams qualify for the playoffs. The teams with the two best records in each conference secure home field advantage in the Divisional Playoff. The four other teams compete against each other on Wildcard Weekend in the first week of the playoffs.

Who out of the 32 NFL Teams are Genuine Superbowl Contenders?

All 32 teams will have designs on lifting the Vince Lombardi trophy in Miami next February but which teams are most likely to do so? Here’s our tips for the teams to watch this season starting with contenders in the NFC

Although they lost in the Superbowl last year to New England, there were mitigating factors in that, especially the injury to Todd Gurley which severely restricted him in that game. With him in the team and fully fit, the Rams are an explosive team and would have done far more against the Patriots in Georgia. This is a talented and young squad with some incredible players on offense and defense and being in the weakest of the NFC four divisions also helps them a great deal.

After waiting for eight years, the Bears finally made the playoffs in 2018 and this young team, carried by quarterback Mitchell Trubisky, has all the hallmarks of some of the great Bears teams of the past and by that we mean a functioning offense, but a rock solid, physical, intimidating and powerful defense. The Bears were good last season but I think with another year of experience, they could be even better this. 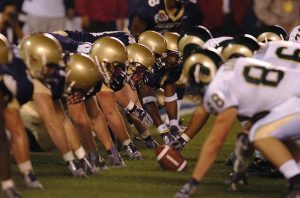 form last season but this is a talented squad that should have at least one more very strong season left in it. The loss of Nick Foles as a backup QB to Carson Wentz, is a big blow, especially if Wentz goes down injured but the rest of the team is still solid. There are question marks in defense though but if they get answered, the Eagles could once again soar in the NFC East.

Not only do New England have Tom Brady and Bill Belichick, the most successful QB/Head Coach combination in NFL history, but they also have a huge advantage in being drawn in an extremelyt weak AFC East division. That means the Patriots should win more than enough games to not only win the division, but perhaps even claim homefield advantage in the playoffs, which makes them even more difficult to beat. If that happens, I think the Patriots will make it to their sixth Superbowl in seven years.

If there is one team in the AFC that could upset the New England applecart, I feel it is the explosive Kansas City Chiefs. Their offense is arguably the most potent and dynamic in the NFL and if they can improve on defence just a little, especially in the key games against other top teams, then the Chiefs could spring an upset. I feel they’d need homefield advantage to beat the Patriots in the playoffs and if they can achieve that then a Superbowl place awaits them.

After a superb season in 2017, when the Jags only narrowly lost to New England in the playoffs at Foxborough, last season was a huge anti-climax for the Jaguars as poor offensive play and injuries on defence ruined their season. However, that defence that was so dominant in 2017 will be back and with Superbowl 2017 MVP Nick Foles now at quarterback, and some clever signings in the draft and free agency, I think the Jaguars are outstanding value at 33/1. However, they are in one of the toughest divisions in the league (AFC South) which is going to be their first issue this season.