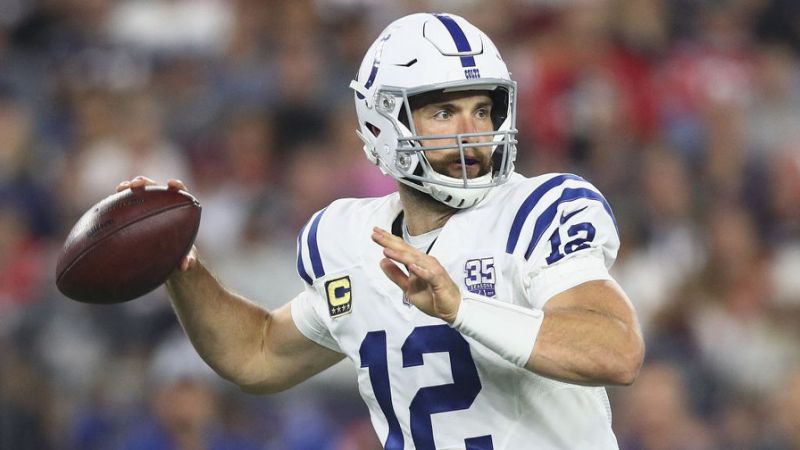 Let’s take a quick look at the NFL schedule for week seven and identify five of the top games to bet on this weekend, with a winner picked for each game.

The Indianapolis Colts will host the Buffalo Bills in an AFC battle on Sunday in Indianapolis. The Colts are a huge 7.5 point favorite in this game despite having just one win on the season. Indianapolis beat the Washington Redskins in week two, but have struggled in their other five games.

The Colts are averaging over 25 points per game on offense this season, but their defense is one of the worst in the NFL. The Bills come into this game with a 2-4 record, but will likely be forced to play backup quarterback Nathan Peterman in this game after starter Josh Allen was injured. Buffalo has averaged just 12.7 points per game this season, and that trend will continue in this contest. Neither team is very good, but bet the Colts -7.5 to beat the Bills in this game.

The surging New York Jets will take on the Minnesota Vikings on Sunday afternoon in the Meadowlands. The Jets have won their previous two games, beating the Denver Broncos and Indianapolis Colts to move to 3-3 on the season. The Vikings come into this contest with a 3-2-1 record and have also won two straight games. The New York Jets have won games with their defense this season, but rookie quarterback Sam Darnold has shown some flashes of greatness.

The Vikings feature one of the top passing attacks in the NFL, averaging over 300 yards per game. This should be a close game for much of the afternoon, but the Vikings have too much talent to lose this game. Bet the Minnesota Vikings -3.0 to beat the Jets on the road.

The Tampa Bay Buccaneers will host the Cleveland Browns in what could be an exciting game on Sunday. The Buccaneers lead the NFL in passing yards per game, but also rank last in defensive points allowed. Tampa Bay has won both of their games in shootout fashion this season, and will look to do it again. The Cleveland Browns are much improved this season, but have still shown inconsistency especially in the quarterback position.

Rookie Baker Mayfield is clearly the future of the franchise, but he still plays like a rookie a lot of the time. The winner of this game might get into the 40’s, but the Buccaneers will find a way to bounce back with a big home win. Bet the Tampa Bay Buccaneers -3.0 over the Cleveland Browns.

The Los Angeles Rams are also dealing with injury issues, but they still have one of the deepest and most talented rosters in the NFL. The Niners nearly went on the road and beat the Green Bay Packers at Lambeau Field on Monday night, and they should compete in this game as well. The Rams can put up points in a hurry, but they are due for a bad game. Bet the San Francisco 49ers +9.5 to cover at home against the Rams in this game.

The Dallas Cowboys have given up just 17.2 points per game this season, which is the second best mark in the NFL. Cowboys quarterback Dak Prescott has struggled for much of the 2018 season, but threw for two touchdowns in the Dallas week six win. Wide receiver Cole Beasley has emerged as one of the best offensive weapons in the NFL, but he will face a tough challenge against the Redskins secondary in this game.

The Redskins need to win this game if they want to stay on top in the division, and playing at home will give them a big edge. Bet the Washington Redskins -2.0 over the Dallas Cowboys in this game.