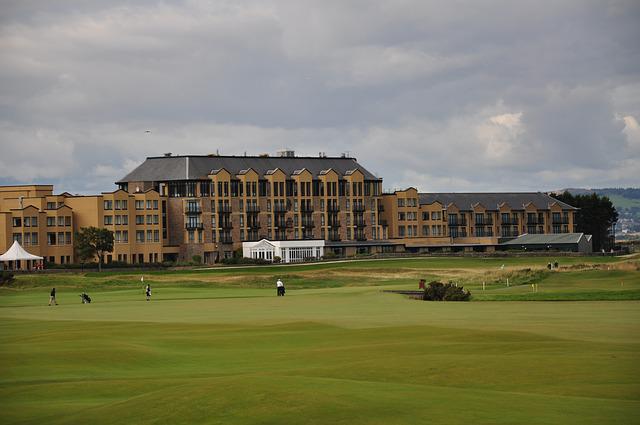 Last year, two major summer sporting events in the UK fell in the same week, the 2022 Open Championship, golf’s fourth Major tournament, and the PDC World Matchplay darts tournament and as we’re nice folk here, we previewed them both!

Well, as it happens this year the same thing is happening once again with the British Open teeing off on Thursday morning and taking place over the following four days, while on Saturday the first round of the men’s World Matchplay will get underway.

So, with two great sporting occasions to look forward to this week, we’re going to preview them both once again, as well as giving you our top tips for both events.

As always, we’re using bet365 Sport for our odds for both events, chiefly because we love the markets available on both, plus there’s also fantastic In Play betting available on both tournaments over their duration.

Additionally, bet365 has also been running a special Bet365 Golf Sweepstake in July, which will surely have whetted the appetite of golf fans for the Open Championship later this week.

With The Open being the first of the two tournaments to start, let’s begin by taking a look at what lies ahead in this special 150th Open Championship.

When eight players turned up for the first Open Championship at Prestwick in 1860, few of those interested in the event would have predicted that 162 years later, it would now become one of the jewels in the crown of the British sporting summer.

This year sees the 150th Open Championship and to mark the fact, a number of special events are planned, including a special Tournament of Champions to be played over four holes on the eve of the tournament featuring winners of Open Championships in all categories, men, women, those with disabilities and more.

However, it is the main event which tees off early Thursday morning that has most people intrigued as 156 of the best golfers in the world will compete to be named the 2022 Champions Golfer, receiving the famous Gold Medal and Claret Jug trophy.

It is also fitting that this landmark tournament is taking place at the famous home of golf, St. Andrews. The Royal and Ancient, who have their base at the course, are the guardians of golf and their home course has hosted the event a record 29 times, this year being the 30th.

The course is one of ten active courses on the current Open Championship Rotation which includes:

The Grand Old Lady of golf is a mecca for golfers from around the world and the course in Fife has many notable features.

Some of the most memorable are the Swilcan Burn and Swilcan Bridge on the 1st and 18th fairways, the Spectacles bunker that protect either side of the 5th green, the infamous Hell bunker on the 14th hole, one of the most formidable obstacles in golf.

There is also the famous 17th Road Hole which not only features a drive over railways sheds now part of the Hotel complex, but also the famous Road Hole Bunker, plus the Old Station Road and Stone Wall behind the green from which the golfers get no relief.

Lastly, in front of the 18th green is the famous Valley of Sin, a deep valley in front of the green which players can drive or play the ball into, requiring a very tricky shot to get it close to the flag.

There’s lots of good options available in what should be a very evenly contested Championship and I cannot see us having a runaway winner as we did in 2010 when Louis Oosthuizen cruised to success.

Rory McIlroy is the 10/1 favourite with bet365 and it is not hard to see why, playing on home soil and in good form, McIlroy has finished inside the top 10 in all three Majors this season and probably deserves to land another on that form.

McIlroy is my choice to back for the Outright Winner market, but I think there’s great value to be had in the each way market too with bet365 paying out on the top eight places and ties at 1/5 of the stated odds.,

So with our tips in the bag for The Open Championship, let’s now turn our attention to the second big sports event starting this week.

Held annually at the Winter Gardens in Blackpool, the World Matchplay Championship is arguably the second most prestigious tournament in professional darts to win after the World Championship.

The Phil Taylor trophy, named after the man who dominated this event, reaching 17 finals and winning 16 of them, will be awarded to the lucky winner of the event after over a week of thrilling competition.

Matchplay is a straight race in legs, rather than using the legs and sets format as at the World Championships and other darts tournament. As such, it can often provide thrilling games, with matches being extended by up to six games to ensure that the winner achieves the win by two or more legs.

However, if the match is tied after the scheduled and six extra games are played, a one leg sudden death decider is played, which can be hugely dramatic, especially in the early rounds of the event.

The draw for the first round produced the following games.

The format of the tournament is as follows:

This looks like being an open tournament based on the betting odds with very little between the top seven players with bet365 in terms of the outright winner:

Luke Humphries is an interesting one as he has hit some excellent form of late in the floor tournaments, but TV tournaments are very different and I think it tends to be the players that shine well in these events that do well here and my feeling is that Michael Smith is long overdue a big tournament win and I think he has a great chance to do that here at 10/1.