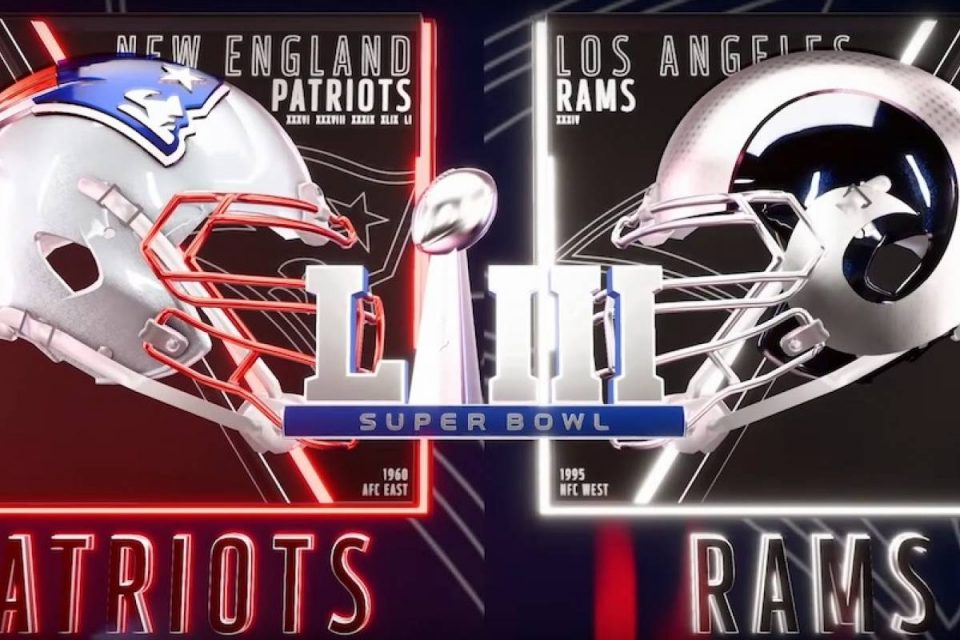 The Super Bowl is the biggest sporting event of the year, and this year’s matchup should be another great game. The New England Patriots and Los Angeles Rams are set to square off in a rematch of the 2002 Super Bowl. The Patriots are looking for their sixth Super Bowl victory since that time, while the young Rams team will be trying to get some revenge from that 2002 game. There are a ton of betting options available for the Super Bowl, and we will take a look at some of them below.

The most popular Super Bowl Bet will be on the game itself. The Patriots are 2.5 point favorites in this matchup against the Rams, and they certainly have plenty of experience. When talking about the Patriots, quarterback Tom Brady has to be the first person mentioned. Brady has completed over 71 percent of his passes so far this postseason and is showing no signs of aging. Look for Brady and the Patriots offense to be sharp in Super Bowl 53.

The Los Angeles Rams had one of the best offenses in the league during the regular season, but their biggest star has struggled so far this postseason. Running back Todd Gurley has just 20 rushing attempts in the playoffs, and he looks to be injured. The Rams have still run for 350 yards through their first two playoff games, and C.J. Anderson has come out of nowhere to deliver huge plays. If the Rams are going to score on a tough Patriots defense, they are going to need Gurley to be at a high level.

The biggest disparity between these two teams is on the defensive side of the ball. New England gave up just 20.3 points per game during the regular season, while the Rams allowed 24.0 points per contest. Los Angeles spent a ton of money on defense in the offseason, but they have not seen a return for their money. Defensive tackle Aaron Donald did rack up 20.5 sacks this season, and he will have to find a way to get some pressure on Tom Brady. The Patriots have already shut down two of the best offenses in the NFL in these playoffs, and you can bet that Bill Belichick will have a solid game plan in place for this game.

2.5 points is not a very large spread, and this game looks like it might go right down to the wire. The Rams have been much better than the Patriots all season long, but New England just knows how to win in the playoffs. Sean McVay is a terrific coach, but he is taking on the best coach in football in Bill Belichick. The Belichick-Brady combination is one of the best in league history, and there is no way I’m betting against them. Bet the New England Patriots -2.5 over the Los Angeles Rams in Super Bowl LIII.

The oddsmakers have set the total on this game at 56.5 points, which is one of the highest over/under totals of all time. The explosive offense of the Rams obviously plays a huge role in this number, but the Patriots defense is tough on opponents. Tom Brady and the Patriots can score points in their own right, but they have a history of long drives in key playoff games. Look for the Patriots to slow the game down to keep the Rams offense off of the field. 56.5 points is a ton, especially for the Super Bowl, and I don’t think the final score gets close to that number. Bet under 56.5 points for Super Bowl LIII.

Prop betting is extremely popular for the Super Bowl, and there is a way to make some serious money by winning some prop bets. Let’s take a look at some of the better prop bets available:

This one is pure luck, but I have a hunch that “heads” will be the winning bet.

A complete list of players can be found on almost any online sportsbook, but these are the six players with the best odds. Since I’m picking the Patriots to win the game, I think a Patriot will win Super Bowl MVP. New England loves messing up these kinds of bets, so look from someone outside of this list to win. Perhaps Rob Gronkowski at +3000 is the top betting option.

Length of the National Anthem:

Gladys Knight is this year’s National Anthem performer, and she will cherish her time in the spotlight. Bet the over and hope she hits some long notes!

Will Any Quarterback Throw for Over 400 Yards in the Super Bowl: