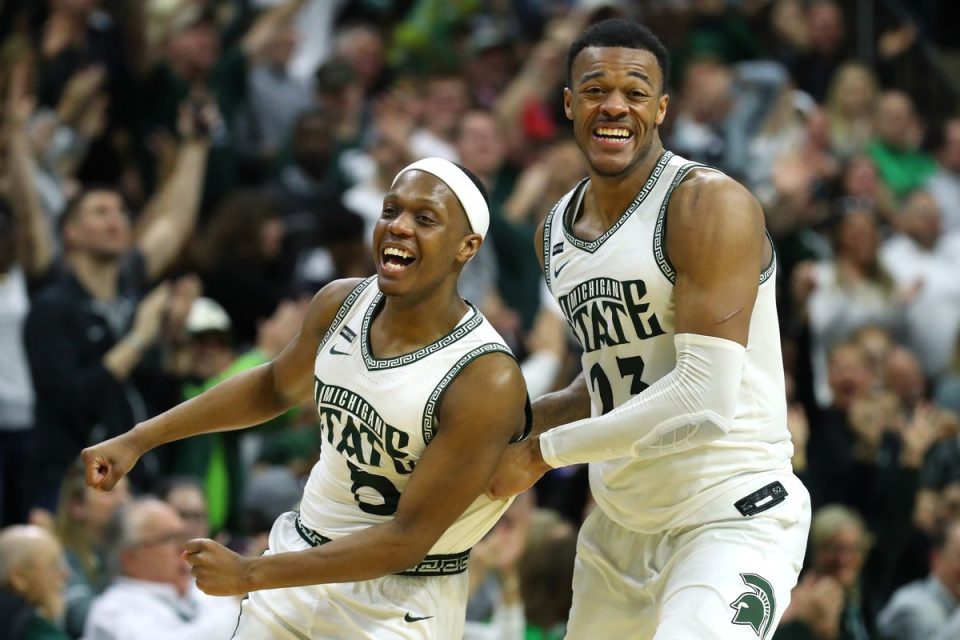 It’s conference tournament week in the world of college basketball, and it’s a great primer to the upcoming NCAA Tournament. The power-five conferences provide some great betting opportunities, and we have delivered our picks.

We have also included the current betting odds (and seeds in parentheses) of all of the contenders in each league. Take a look at the five teams to bet on in the conference tournament.

There was a three-way tie atop the Big Ten Standings, but the No. 1 seed is not considered a favorite to win this tournament. Michigan State and Maryland are the two most talented teams in the league, and they should meet up in the semifinal round.

The winner of this game will likely win it all, and Michigan State is going to be that team. The Spartans dominate in March, and taking them at +300 is a smart play here.

The Kentucky Wildcats might be a bit underrated this season, which is a huge change from what usually happens. Auburn, Florida, and LSU could all challenge the Wildcats in the SEC Tournament, but Kentucky just looks poised to go on a deep run.

The Wildcats are the favorites for a reason, and taking them at +175 is the right pick.

With apologies to the other teams in the Big 12 Conference, this one is going to come down to Kansas against Baylor in the Big 12 Championship Game. There is always a chance that a team can pull off a huge upset, but Kansas and Baylor are overwhelming favorites against the rest of the league.

The Jayhawks and Bears split their two regular-season games, with each team winning away from home. Baylor has been battling through some injuries of late, and it just doesn’t look like the same team.

Even though Kansas is a huge betting favorite, they have to be the pick at -125. They are the No. 1-ranked team in the country for a reason.

The Pac-12 Conference has been extremely hard to figure out all season long, and it’s hard to really determine if any of these teams can make a run in the NCAA Tournament. The standings seem to change each week, and it should lead up to plenty of drama in the Pac-12 Tournament.

Oregon and Arizona are the two most talented teams in the conference, and talent is going to win in this tournament. Oregon might be the favorite, but we like the Arizona Wildcats at +300 to cut down the nets.

Virginia might be the least talented team in the field, but it can really defend. There is also great value in taking the Cavaliers at +600, and that is the way you should go in the ACC.

Who Wins This Week’s PGA Player’s Championship at Sawgrass?

FIFA World Cup Qualifying – Who Made It To Qatar And Who Can Still Qualify?