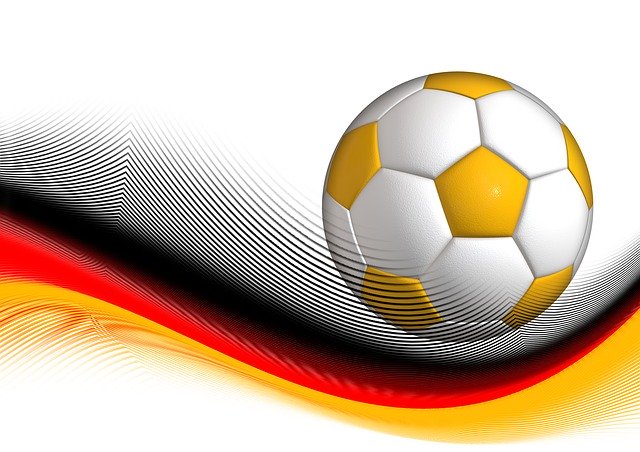 period, but this year, the ensuing football famine has been a little hard to take for both football fans and football punters. However, once again this weekend the feast is about to begin with the return of the popular German league, the Bundesliga, albeit with all matches set to be played behind closed doors.

The season so far has been an exciting one with the likes of Bayern Munich, Red Bull Leipzig, Borussia Dortmund and Borussia Moenchengladbach all leading the way. With a whole glut of international stars on display including Serge Gnabry, Manuel Neuer, Robert Lewandowski, Jaden Sancho, Erling Haaland and many more, the action promises to be of the highest quality over the remaining nine weeks of the season.

Having been starved of some decent football betting, if you are looking to enjoy some great value Bundesliga betting this weekend and don’t know where to sign up to enjoy a fantastic range of bets on the games, as well as a great value starter bonus, then the latest bet365 New Customer Offer is one you should be taking a closer look at. Not only that, but in addition to the starter bonus and wide range of bets on the Bundesliga, if you are based in some parts of the world, you can tune in to watch the games on bet365’s Live Streaming service (if you have placed a bet in the preceding 24 hours, or if you have a credit balance in your account).

Not all customers around the world can access bet365 Sport however, but there are alternatives based on where you are living. In Indiana for example, you can sign up with the likes of FanDuel or DraftKings Online Sports books, or you could use the latest BetRivers Affiliate Code “HOOSIERBONUS” to claim a good value starter bonus at that sports betting site. Aternatively, in Pennsylvania, a good option is the latest playsugarhouse promo code, details of which are included in the link.

Before we preview the nine games taking place across the weekend, let’s first recap how the Bundesliga season has gone so far and which teams are fighting for which positions over the last 9 weeks or so of the season.

competitions taking place, one at the top if the table, one from the mid to upper positions in the table and the lower half of the table are now embroiled in something of a relegation battle in most cases.

At the top of the Bundesliga, Bayern Munich lead the way with 55 points, four ahead of a chasing pack of four teams led by Dortmund who have 51 points, Red Bull Leipzig, who had been top for a lengthy spell, are third on 50 points with Borussia Moenchengladbach occupying fourth a further point behind. Bayer Leverkusen cannot be discounted either as they lie fifth just two points behind Moenchengladbach but ten ahead of Schalke 04 in sixth.

Realistically, Schalke are one of a number of teams perhaps stretching down to Union Berlin in 11th in the table that will have hopes of securing one of the European Qualification places for next season. This includes the likes of Wolfsburg, Freiburg, Hoffenheim and Cologne too.

The remaining teams from Eintracht Frankfurt in 12th to Paderborn at the foot of the table are all still looking at the relegation spots with a bit of trepidation. Werder Bremen and Paderborn occupy the two relegation spots at the moment and they are eight and ten points from safety as things stand. Fortuna Dusseldorf occupy 16th which is a relegation playoff position and one that teams will want to avoid.  Mainz, Augsburg and Hertha Berlin are the other teams embroiled in this battle.

All teams have played 25 games, apart from Bremen and Frankfurt who have one game in hand against all the other teams in the league and so they have one more game to play than the nine all other teams have to play through to complete the season.

The games set to be played this weekend to kick things off are outlined below and we have given you our tip for each game.

Bundesliga I – Matchday 26 Preview and Tips

These two teams are more well-matched than the table suggests, but of the two

Wolfsburg were in the better form heading into the break. Augsburg concede far too many goals and I feel that will be their undoing here. Tip – Wolfsburg to win and both teams to score – 10/3.

The addition of Erland Haaland in the transfer window has added a new dimension to the Dortmund attack and I think that his prowess in front of goal, allied to their immense creativity in wide areas, will give Dortmund the edge in this game, although I can see Schalke scoring a goal. Tip – Dortmund to win and both teams to score – 21/10.

Paderborn have been the poorest team in the Bundesliga this season and this game is effectively their season on the line against another relegation contender in Dusseldorf. The problem is Dussedorf had hit decent form ahead of the break in the season and I think they’ll continue that here. Tip – Dusseldorf to win to nil – 3/1.

Leipzig had hit a bit of a rough patch before the break so the break could have helped them bounce back. Freiburg will be a tough test for them, but I think that the home side have too much firepower and quality to earn anything less than a win here. Tip – Timo Werner First Goalscorer – 2/1.

These sides are relatively well matched but I think the fact that Hoffenheim have a decent home record, even without their fans, will be the decisive factor here. Berlin have struggled on the road at times this season and I think that just makes Hoffenheim the favourites. Tip – Hoffenheim to win 1-0 – 8/1.

Saturday night’s big game would have been a top six clash last season but Frankfurt’s decision to sell a lot of key players last summer has seen them fall well off the pace. Borussia are a strong side and have been consistent this season but Frankfurt are showing signs of improvement so this will be a real battle. Tip – Draw – 13/5.

FC Cologne bounced back into the Bundesliga last season as winners of Bundesliga II and they have done well this season to lie in mid-table. Mainz are struggling to beat the drop but I think their chances of picking up anything from this trip to Cologne are very slim indeed. Tip – Cologne to win to nil – 11/4.

Not the easiest game to come back to for Union Berlin. Having suffered heavy defeats against other title chasers this is going to be incredibly difficult against the leaders and form team in the Bundesliga and as such, I expect Bayern to win this comfortably. Tip – Bayern to win to nil – 10/11.

Bremen have all the stats against them here. In the drop zone against a top five team, in the worst form against a team in good form, all the odds seem to suggest a Bayer Leverkusen win and in truth there is nothing I have found in the research that suggests anything else other than a solid win for the visitors. Tip – Leverkusen to win 2-1 – 15/2.