After Thursday’s opening ceremony, the delayed 2020 Ryder Cup will eventually get underway at Whistling Straits in Wisconsin. Team Europe will defend the trophy that they won back in 2018 at Le Golf National in France against a Team USA group of players that are perhaps the most talented group of players ever to represent the proud golfing nation.

The three days of action are amongst the most exciting and action-packed in the sporting calendar and the tournament is eagerly anticipated not only by golf fans, but those who love any kind of sporting drama of the highest level.

Of course, bet365 Sport has a wide range of bets available on the Ryder Cup, both pre-event and also In Play, across all three days of action, so if you have a few bet365 Credits left to use up, or you just fancy a wager on the biggest team golf tournament in the world, then check out what the site has to offer.

If you are tuning in from the United States and want to enjoy similar high quality betting on the Ryder Cup, then check out BetRivers Sportsbook for a fantastic selection of Ryder Cup bets.

Let’s take a closer look now at the tournament, the course, the teams and of course, some of the best bets available for the event that you can bet on right now. 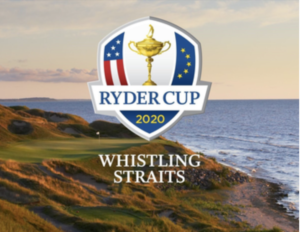 Since The Ryder Cup format changed to include all of mainland Europe in 1979, Team USA has won 8 Ryder Cups, Team Europe 11 with one match between the two ending in a tie (though Team Europe retained the trophy on that occasion as holders).

There is no doubt that the change of format helped breathe new life into what was previously a dying tournament and now the Ryder Cup is one of the most popular and viewed sports events in the world, not just in golf.

After a delay of a year, the two team captains, Steve Stricker of the United States and Padraig Harrington of Europe have now named their teams and five vice-captains who will assist them across the three intense and often dramatic days of golfing action. 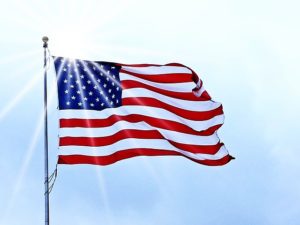 This is certainly one of the strongest United States teams in the history of this event. No player is ranked lower than 21st in the world out of the 12 playing members of the team, and eight of the team are ranked inside the top ten in the world.

However, what the team gains in golfing skill and quality, it perhaps loses out on experience. Half of the team are rookies in the event and their most experienced player, 37-year-old Dustin Johnson, has played in four previous Ryder Cups. Three-quarters of the team have played in one Ryder Cup or fewer.

There is also an interesting dynamic to this team with the well-publicised spat between Bryson DeChambeau and Brooks Koepka still seemingly causing issues between the two, although both players have said they can put their differences aside for the week. 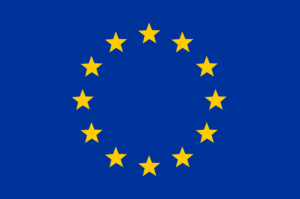 As the holders of the trophy after their 17.5 to 10.5 win at Le Golf National in France three years ago, Team Europe come into this event with the world’s top ranked player, Jon Rahm, set to spearhead the team’s attempts to defend the trophy.

Harrington’s squad will not be lacking for any team spirit and the togetherness that the European team display has often been the difference between the two teams at times.

The squad boasts just four players inside the world’s top 20 at present, the top ranked Rahm plus Tyrell Hatton, Rory McIlroy and Viktor Hovland, but the team is packed to the brim with experience with Sergio Garcia and Lee Westwood having played in the event beforehand 9 and 10 times respectively.

Then of course, there is the inclusion of Ian Poulter to the team, nicknamed “The Postman” because of his incredible performances in the Ryder Cup over many years, his name will certainly be one that American players would like to avoid when the pairings and singles games are announced.

Team Europe are 2/1 to retain the trophy with a win in America, while if you think the teams are too evenly matched to split, then you can get odds of 12/1 on the 14-14 tie. 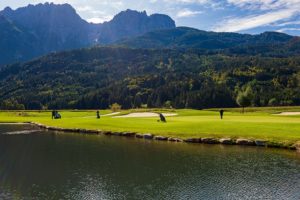 The venue for the Ryder Cup is the famous Whistling Straits course on the banks of Lake Michigan in Wisconsin. Unusually for an American Ryder Cup course, the venue is much more like a traditional Scottish or Irish links course, with few trees and its open landscape very much at the mercy of the elements and winds that blow in from over the lake.

It is a very long course and features a very tricky final four holes to end the round, which includes three holes over 500 yards long (only one of which is a par 5, the others being par 4s) plus a 220+ yard par three thrown into the equation for good measure.

The fifth hole, measuring at over 600 yards long, will be another which sees plenty of drama unfold over the course of the three days of action.

With the American team set to enjoy unprecedented levels of support, given the absence of almost all European fans from the event due to travel restrictions, it may be of some solace to Team Europe that at least the course is going to be something that they are familiar with, especially if they grew up playing the links courses around the UK and Ireland.

Over the years, Team Europe has produced some outstanding underdog victories in this event, but I think there are many things against them here. A lack of European fans will certainly make this the most partisan Ryder Cup probably since Brookline 1999, and the strength of the American team is such that any player or pairing selected is going to be very tough for Team Europe to crack consistently over the course of the three days.

As such, I am going for Team USA to land a narrow win and to reclaim the trophy on home soil.

So if we are saying that Team USA will win the tournament, what score will that be by? The last two tournaments have been victories by a large margin, with team USA winning 17-11 in 2016 and Team Europe winning 17.5 to 10.5 in 2018.

However, I think this tournament will be a much closer contest and I think that USA will score a point more than the 14.5 needed to claim the victory and at 9/1 for the 15.5 to 12.5 scoreline, I think that is an excellent value bet.

When considering which player will be the top points scorer for each of the teams, one of the key things to note is how many sessions a player will play, as this gives them more opportunities to earn points for their team.

For Team Europe, having Jon Rahm play most sessions makes sense given his incredible form this year and the fact that he is the current World Number 1 in the rankings. As such, he is a sensible pick for Team Europe.

Team USA has such strength in depth that picking a player from this team is much more difficult however I think Justin Spieth’s excellent Ryder Cup record and his general matchplay ability means that I think he will be a key man for the United States team this week and is a very good bet for being their top points scorer.

Tottenham Face Chelsea In The Premier League Game Of The Weekend