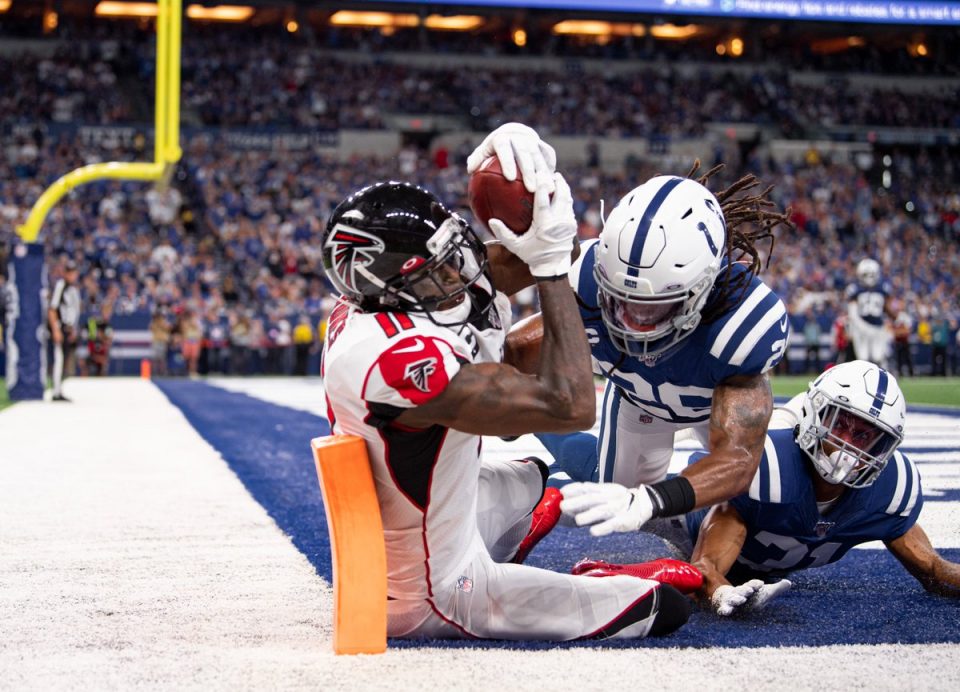 Week 4 of the 2019 NFL season is here, and there is another slate of games to bet on. Now that each team has played three games so far this season, it is a little bit easier to get an accurate gauge on each team.

The top teams in the league have been identified, and the teams who look like they are going to struggle have emerged as well. Let’s take a look at the top three NFL games to bet on in Week 4 around the NFL.

One of the first games to look at this weekend is a matchup between the Atlanta Falcons and the Tennessee Titans. This is a battle of 1-2 teams, and both were expected to get off to much better starts. The Falcons and Titans both have plenty of question marks heading into this game, and that makes this matchup all the more intriguing.

The Falcons have an impressive home victory over the Philadelphia Eagles this season, but they have lost a pair of road games to the Vikings and Colts. Atlanta can score on offense, but their defense has struggled this season. Quarterback Matt Ryan has thrown for 928 yards this season, with Julio Jones being his top target. Atlanta is hard to stop on offense at home in the dome, and they should have a big day in this game.

Tennessee scored 43 points in its season-opening win over the Cleveland Browns, but it has really struggled in the last two weeks. The Titans have scored just 24 combined points in their last two games, and that won’t get the job done against the Falcons. Quarterback Marcus Mariota has not thrown an interception this season but has completed just 60 percent of his passes.

The Falcons are just too good on offense, and picking them at -4.0 is the right pick in this game.

One of the biggest surprises in the NFL this season is the Buffalo Bills winning their first three games. One of the least surprising things in the NFL is that the Patriots are 3-0 this season as well. These two teams will meet up in Week 4 for a huge showdown in the AFC East.

The Patriots have been playing well on both sides of the ball so far this season, but their offense looks like one of the best in the league. Quarterback Tom Brady might not have the weapons that he is used to, but he is still putting up some great numbers. New England might have the most complete defense in the NFL this season, and they will shut down the Bills offense in this game.

Buffalo has also been playing terrific defense so far this season, but their offense is not on the same level as the New England Patriots. Quarterback Josh Allen has thrown for 750 yards and three touchdowns this season, but the Patriots will have a plan to shut him down.

Buffalo is going to have to score points to keep up with the Patriots, and that could be a huge problem. The Bills have not faced a tough defense so far this season, and this could be a huge struggle for them in this one.

The Bills might be at home in this game, but the New England Patriots -7.0 is the right bet in this huge matchup.

The NFC North looks like the toughest division in the NFL so far this season, and two of the top teams will square off in Week 4. The Chicago Bears will host the Minnesota Vikings in this game as two-point favorites. Chicago swept the Vikings in both games a season ago, and Minnesota will be out for revenge in this game.

The Bears finally found some offense in their Week 3 win over the Washington Redskins after struggling in the first two weeks. Chicago put up 28 points in the first half, and quarterback Mitchell Trubisky had three touchdown passes to Taylor Gabriel.

The one constant for the Bears this season has been the defense, and Chicago has the ability to completely shut down an opponent. The Bears had five takeaways in Week 3, and their defense will make life difficult on the Vikings offense.

Minnesota has been running the ball like crazy this season, and Dalvin Cook has already racked up 375 rushing yards and three touchdowns. The Vikings were looking for more balance on offense this season, but now it’s their passing game that needs to catch up.

Running the ball against the Chicago Bears is never an easy task, and that strategy could backfire in this Week 4 matchup. The Vikings defense will need to step up and perform to the level of the Chicago Bears.

The Bears are at home in this game, and that should be all the advantage they need. Take the Chicago Bears -2.0 in this matchup with the Minnesota Vikings.