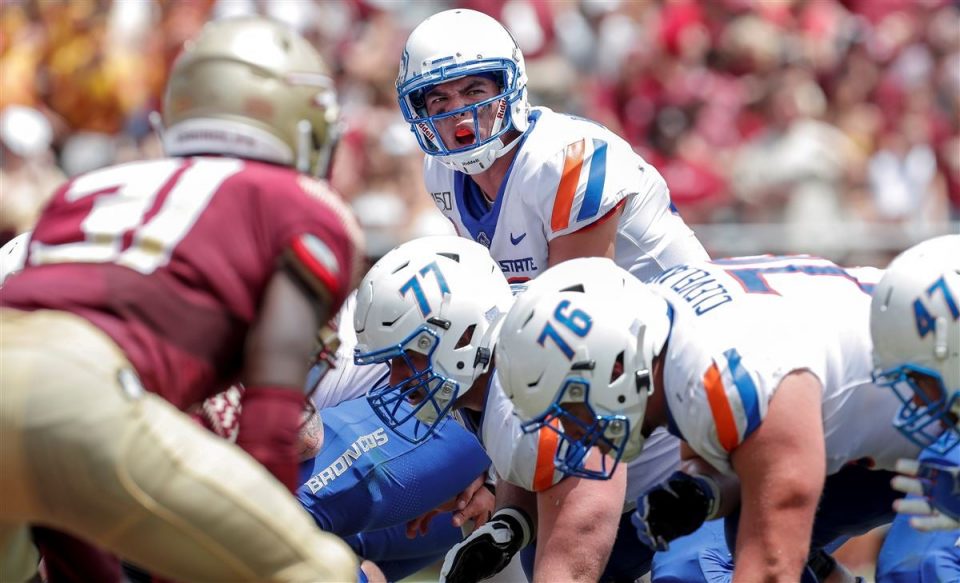 Looking for the top five college football bets can be overwhelming, but we have selected five games from the list of top-25 games. Let’s take a look at each game below while making a betting pick for each of them.

Week 4 of the college football season will kick off with a terrific game on Friday night. The Boise State Broncos have been one of the best stories of the season so far in college football, and they will look to move to 4-0 in this game. Air Force brings a 2-0 record into this game, and they have been mighty impressive as well.

The Falcons have one of the best rushing attacks in college football, and they will run the ball on almost every play in this game. Boise State quarterback Hank Bachmeier has thrown for 927 yards this season and should have another huge game in this one. Air Force will keep it close, but Boise State -8.5 is the right play in this game.

The Big Ten Conference has a lot of talented teams this season, and two of them are set to square off in week 4. Wisconsin will host Michigan in a very important game, and the winner of this matchup will have a huge win on its resume.

Michigan barely survived a week 2 win over Army, and its offense just isn’t clicking on all cylinders yet. Wisconsin has outscored its first two opponents by a combined score of 110-0, and the Badgers will run the ball like crazy in this game. Running back Jonathan Taylor is just too good, and he will lead his Badgers to a comfortable win in this game.

The Auburn Tigers are a perfect 3-0 so far this season, but that record will be tested in a road game at Texas A&M on Saturday afternoon. The Aggies suffered a disappointing 24-10 loss to Clemson in week 2, but they still have their sights set on winning the SEC this season.

Auburn has a freshman, Bo Nix, at quarterback, and he has really struggled so far this season. JaTarvious Whitlow has been running the ball like crazy, but the Tigers will need some offensive balance in this game.

Texas A&M has a veteran quarterback in Kellen Mond, but he has made some costly mistakes already this season. Don’t expect a ton of offense in this game as SEC matchups tend to be full of defense and big hitting. Auburn is the more complete team, and they will get a huge road win in this game. Bet the Auburn Tigers +3.5 over the Texas A&M Aggies.

UCF just continues to win games despite having some extreme roster turnover in the last few seasons. The Knights have three extremely talented quarterback options, and it hasn’t mattered who has been playing under center this season.

UCF has struggled to get quality competition on its schedule, but a road game at Pittsburgh will be a huge step in the right direction. The Panthers are just 1-2 this season, but both of their losses have come against ranked teams.

Pittsburgh is averaging just 87 rushing yards per game, and that problem must be solved in this game. Playing at home should help the Panthers keep this game close for a while, but UCF just has way too much talent. Take the UCF Knights -12.0 to win this important road game.

Notre Dame and Georgia will meet up on Saturday night in a matchup of two of the most successful teams in the last few years. Notre Dame was forced to replace a ton of starters from last season’s team that went through the regular season with an undefeated record.

Quarterback Ian Book is not a new player, and he is putting up huge numbers this season. Book is a dual-threat quarterback and leads the team with 127 rushing yards.

Georgia has a dynamic duo in Jake Fromm and D’Andre Swift. These two men will be playing on Sundays in the near future, and they have been almost impossible to stop this season. Georgia is going to win this game, but Notre Dame will not get blown out. Take the +14.0 points and bet the Fighting Irish in this matchup with the Bulldogs.