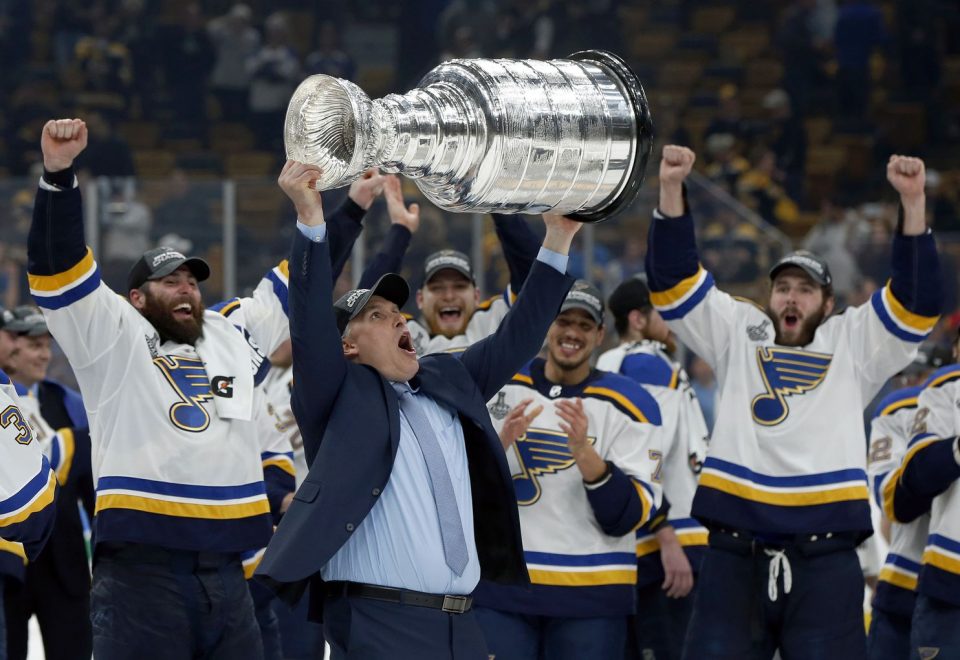 The 2019-20 NHL season is set to begin this week, and it’s never too early to start thinking about which teams have a chance at hoisting Lord Stanley’s Cup at the end of the playoffs. The St. Louis Blues enter the season as the defending Stanley Cup champion, but they will have plenty of competition this season. Let’s highlight the top five teams to bet on to win the Stanley Cup this season, by looking at the current betting odds.

Repeating as Stanley Cup champions is one of the toughest things to do in all of sports, but the Blues have the roster to get it done this season. St. Louis has a star player in Vladimir Tarasenko, and the rest of its roster gained some valuable playoff experience a season ago.

The Blues proved to be extremely tough to score on in the NHL Playoffs, and they were able to find just enough offense when they needed to. St. Louis is in an extremely tough Central Division, and they will have to do some work just to make the playoffs this season.

The Blues won’t overwhelm opponents with their skill, but they play a terrific team game, and they are tough to defeat. Don’t be surprised to see St. Louis make another run at it this season.

The Tampa Bay Lightning will enter this season with a huge chip on their shoulders after being swept out of the first round a season ago. Tampa Bay was easily the best regular-season team in the NHL a season ago, and they might have been one of the best teams ever.

The Lightning return almost their entire core from that record-setting team, and they made some nice additions to their roster in the offseason. It is hard to imagine that the Lightning could actually be better this season, but that could be the case.

The Lightning should finish the regular season with the most points in the league once again, but they have some playoff demons to try to tackle next spring.

The rest of the NHL was busy making offseason moves, but the Bruins didn’t do much to change their roster. Boston decided to keep their core intact after making a run to the Stanley Cup Finals a season ago.

The Bruins were one of the toughest teams to score on in the league a season ago, and goaltender Tuukka Rask was simply dominant during their playoff run. Staying healthy will be a huge key for Boston this season, as their roster is full of some aging veterans.

The Bruins are running out of time to win a Stanley Cup with their current core, and they will be pushing hard to win one this season.

The Washington Capitals are just one year removed from winning their first-ever Stanley Cup, and they still have their championship core in place. Washington appeared to be suffering from a championship hangover a season ago, and they just weren’t ever able to get things going.

The Capitals still have a superstar in Alexander Ovechkin, and they are one of the top goal-scoring teams in the NHL. Washington does have some question marks on its roster, but that can be corrected as the season moves along. Don’t be surprised to see Washington advancing deep in the playoffs again this season.

The Chicago Blackhawks have missed the NHL Playoffs for two straight seasons now, and they aren’t getting much respect heading into this season. It wasn’t too long ago that the Blackhawks were the class of the NHL, and they still have several future Hall of Famers on their roster.

Jonathan Toews had a career year a season ago, and Patrick Kane just continues to put up some eye-popping numbers. Keeping goalie Corey Crawford will be a huge key this season, and the Blackhawks just couldn’t keep pucks out of their net last season.

If you are looking for a sleeper pick, look no further than the Chicago Blackhawks at +3500 this season.