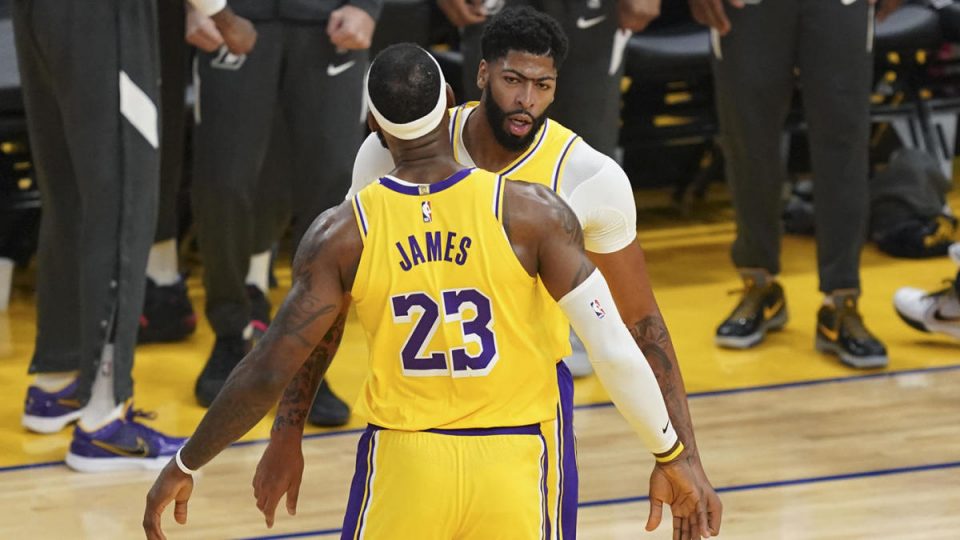 The 2019-20 NBA season tips off this week, and there is plenty of excitement and intrigue surrounding this new season. There are a handful of teams that all feel they have a great shot at winning the NBA title, and even more teams that are right on the bubble.

The Western Conference appears to be loaded this season, but the Eastern Conference produced the NBA champion a season ago. Let’s take a look at the current betting odds to win the 2019-20 NBA championship, and discuss some of the teams on the list.

Los Angeles Lakers +300: The Los Angeles Lakers are the betting favorites to win the NBA championship this season after a whirlwind summer. Anthony Davis was finally landed by the Lakers to team up with LeBron James. The Lakers struggled mightily a season ago, and there will likely be some growing pains this season. It’s hard to imagine that this team won’t be in the mix at the end of the season.

Los Angeles Clippers +350: The Clippers had a great 2018-19 regular season, but their offseason was even better. The Clippers were able to land Kawhi Leonard in free agency and traded for Paul George. The battle for Los Angeles should be a great one this season, but it just feels like the Clippers are much better than the Lakers. They will have to prove it on the court, but this team is loaded.

Milwaukee Bucks +600: Giannis Antetokounmpo is arguably the best player in the NBA, and he could win the MVP award again this season. The Bucks looked like title contenders a season ago, but they struggled in the Eastern Conference Finals against the Raptors. Milwaukee returns most of its roster from a season ago, but it has to get better if it wants to win the title.

Philadelphia 76ers +750: This will be a very interesting season for the Philadelphia 76ers. It’s time for their young stars to take the next step and make a run at the title, or it might be time to break this team up. The Sixers are arguably the best team in the East and could end up in the NBA Finals.

Houston Rockets +850: James Harden and Russell Westbrook have teamed up in Houston, and it is going to be interesting to see if this works out. These are two of the best offensive players in the NBA, but they also have some big egos. If the Rockets can figure out a way to play some defense, they could be in the title mix.

Golden State Warriors +1000: Losing Kevin Durant to free agency was a big loss, but losing Klay Thompson to injury was devastating. Stephen Curry is good enough to keep this team in the playoff race until (if?) Thompson returns, but this team is not going to be a title contender this season.

Denver Nuggets +1800: Nikola Jokic is one of the most underrated players in the NBA, and he is surrounded by some talent in Denver. The Nuggets enjoy one of the best home-court advantages in the league, and that should get them a great seed in the playoffs. The Nuggets winning the NBA championship would be a huge surprise, but crazier things have happened.

Boston Celtics +2500: Kyrie Irving is gone, but Kemba Walker has arrived in Boston. The Celtics were a huge disappointment a season ago, but they could change in a big way this season. The Eastern Conference appears to be wide open again in 2019-20, and Boston could find itself at the top of the conference.

Brooklyn Nets +2500: If Durant returns to the court this season, these odds are going to change dramatically. Irving should be able to get this team into the playoffs this season, but he will need Durant to lead this team to a title. Brooklyn’s time is coming, and it could happen this year.

Portland Trail Blazers +3300: Damian Lillard and CJ McCollum can score the basketball, but they are going to need some help if the Blazers are going to make the next step. Portland didn’t get much better in the offseason, while the rest of the Western Conference did. That could spell some trouble for the Blazers.

San Antonio Spurs +6000: The Spurs could miss the playoffs this season, ending one of the longest streaks in professional sports. San Antonio just doesn’t have much talent on their roster, and Gregg Popovich is running out of magic.

Our Champions League and Europa League Tips and Accumulators