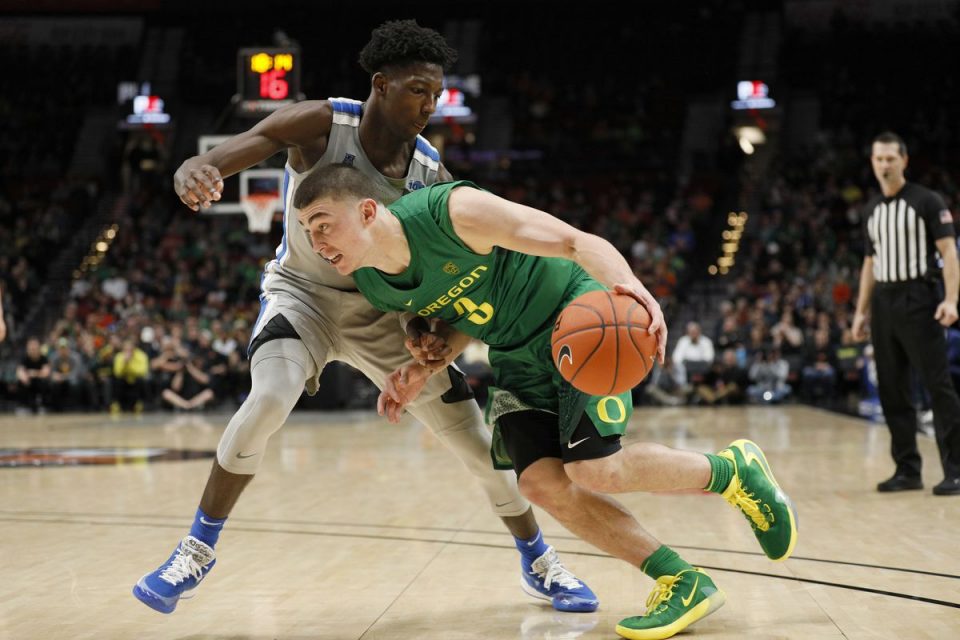 The 2019-20 men’s college basketball season is off and running, and conference play will begin in full in a few weeks. College football bowl games will not begin until next weekend, and all eyes will be on college basketball around the betting world.

With that in mind, let’s take a look at some of the best matchups of the weekend and deliver the top three college basketball teams to bet on this weekend. The odds aren’t out yet, but we feel that all three of these teams will win straight up this weekend.

If you are a fan of high-scoring offenses and an uptempo style, then the game between the Michigan Wolverines and the Oregon Ducks might be the game for you. Both of these teams are off to terrific starts this season, and the Wolverines and Ducks are both expected to make some deep runs in March. This game will be played in Ann Arbor, Mich., and that should give the Wolverines a slight advantage in this game.

The Michigan Wolverines won their first seven games of the season, and they beat some terrific teams along the way. Michigan has gotten the job done with a relentless offensive attack, and it has been getting points from nearly everyone on its roster.

Forward Isaiah Livers is leading the team with more than 15 points per game, but Michigan is making over nine three-point shots per game. The Wolverines have been solid on defense as well, but this team really wants to score.

Oregon won its first six games of the season before losing to a pair of top-15 teams. The Ducks have been terrific on offense this season as well, but they are able to get some inside scoring to go along with a terrific shooting attack. Guard Payton Pritchard leads the team with more than 18 points per game, and he really sets the table for this team. Oregon will have to find a way to defend as well if they are going to win this game.

Bet the Michigan Wolverines at home to beat the Oregon Ducks on Saturday.

If you have time to watch just one college basketball game this weekend, this would be a terrific pick. Tennessee and Memphis have built up a great rivalry through the years, and both teams are absolutely loaded with talent this season. Both teams have just one loss apiece so far this season, and the arena will be packed on Saturday when these teams tip off against each other.

Tennessee had to regroup and reload after losing a ton of talent to graduation and the NBA a season ago. The Volunteers spent time being ranked No. 1 in the country a season ago, but this team is not nearly as talented.

Tennessee still has some terrific guards, and they will have to have big games to knock off the Memphis Tigers. The Volunteers are averaging just 71.3 points per game this season, which is outside the top 200 in terms of scoring average. Guard Jordan Bowden leads the team with close to 14 points per game, but the Volunteers must get some inside scoring as well.

Memphis is still without its best player, center James Wiseman, as he continues to serve an NCAA suspension for impermissible benefits. The Tigers are averaging more than 82 points per game this season, and they still have plenty of talented players on their roster.

Head coach Penny Hardaway has set some lofty expectations for this group, and he has made it clear that beating Tennessee is one of their top goals. Memphis has plenty of depth, but it also has plenty of youth. This will be a nice early-season test for Hardaway’s squad.

This game is going to be close, but pick the Memphis Tigers to beat the Tennessee Volunteers in this game.

A huge slate of college basketball on Saturday will conclude with a terrific matchup between teams on the West Coast. The Arizona Wildcats will host the Gonzaga Bulldogs in a matchup of ranked teams. Arizona’s lone loss this season came against a solid Baylor squad, and the Bulldogs suffered their only loss of the season against Michigan.

Arizona is averaging over 84 points per game this season while giving up just 65 points per night. Freshman guard Nico Mannion has been terrific for the Wildcats, averaging close to 16 points and seven assists per game.

Gonzaga has been even more explosive than the Wildcats this year, averaging more than 85 points per game. The Bulldogs have a pair of wins over ranked teams already this season, and they are battle-tested.

Pick Up a Christmas Cracker of a Bonus at bet365