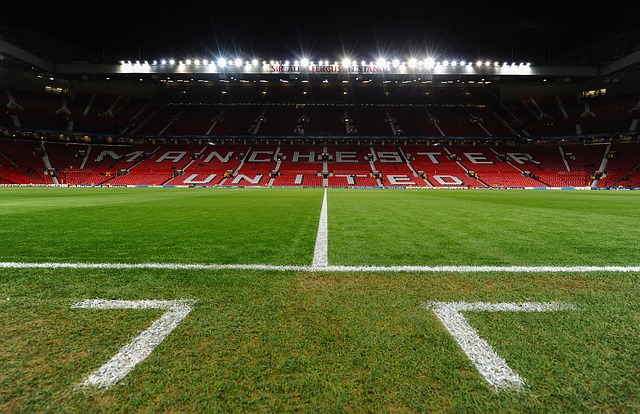 midweek Premier League matchday. All ten teams are in action across Tuesday and Wednesday night, followed by a full set of fixtures across the weekend too.

This busy period of games, especially for teams in European competition with crucial Champions League and Europa League games coming up in midweek next week, heralds the start of the run down to the busy Christmas and New Year period of games, when teams will often be in action twice or even three times in the space of a week.

So, with that in mind, it is now a great time to sign up with bet365 Sport to enjoy some fabulous festive betting fun. Join today with the latest bet365 New Player Promotion and you can receive up to £100 in bet credits when you start betting with the site.

With 20 games to get through between Tuesday and Monday next week, it promises to be a busy few days for all the teams in the Premier League and with six more points up for grabs, the outcome of the key games could well be crucial.

We’re going to preview both of these games below and give you our top tips for each, starting with the game on Wednesday night. 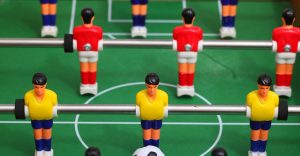 Manchester United need a strong performance after failing to win any of their last three Premier League games whereas Arsenal are in great form heading into this game, with their 4-2 North London derby victory over Spurs still fresh in the memory from the weekend.

United’s cause isn’t helped by their extensive injury list which sees the likes of Bailly, Lindelof, Smalling, Shaw and Sanchez all either major doubts, or ruled out. Add to that Mourinho’s problems with Pogba and a lack of form from other key men and United look up against it here.

That’s because Arsenal are on a 19-game unbeaten run under Unai Emery and they will be bristling with confidence heading into this game, although the suspension of Granit Xhaka from midfield could well be a problem for them.

This should be an exciting clash at Old Trafford in a game that has given us some of the most exciting and talked about Premier League games of all time.

United have very few options at the back due to injury and suspension so I am expecting Smalling and Jones to be in tandem once again and Dalot to come in for the suspended Young. Pogba must surely start this game and I think Lukaku and Rashford’ will be given a further chance to play alongside Martial.

After a superb win over Tottenham last week, I think Arsenal will go with a similar team for this game. Xhaka is suspended so I think Guendouzi will come in ahead of Ramsey, while Lacazette may have to settle for a place on the bench if Iwobi and Mkhitaryan keep their places for the trip to Manchester.

Manchester United may have the better recent record of the teams, but Arsenal’s form at the moment is so much better and more consistent than United and with United struggling particularly at home, I fancy their fans may be in for another tough night as I am backing Arsenal to win this one late on to claim a rare victory at Old Trafford.

This is a game which does tend to produce goals and given that both sides are stronger in attack than defence, I can see both teams scoring here. If that is the case then without doubt the most likely winning score for an Arsenal victory is going to be 2-1 to the Gunners.

Without doubt one of the key fixtures of the season and with Chelsea now seven points behind Manchester City, if Mauricio Sarri’s men are to have any chance of catching up with their rivals, they really need to win this game.

The problem is City just do not look like losing at the moment, such is the classy football they are playing and as Chelsea showed against Tottenham, when teams are brave enough to push them back and pressurise them, they can be found out defensively.

Both teams don’t have to worry about fielding strong teams next week in European competition as both are already through to the next phase, so I am expecting full-strength teams for both sides here in what should be an absolute cracker at Stamford Bridge.

Chelsea could make a number of changes to this team with Barkley, if fit, a possible selection in place of Kovacic if Sarri wants to go more offensive. It’s a 50/50 call between Morata and Giroud for the role in attack and while the Spaniard has got the nod here due to his work rate and pace, I feel Giroud may be the better option.

Doubts over the fitness of Aguero remain a concern for City, which may mean Gabriel de Jesus gets a rare start in attack once again. Sane and Sterling’s form should see them start once again, while David Silva’s influence in midfield cannot be overstated.

City’s form is so good at the moment that it is hard not to back them to win every game, even away at Chelsea, but I just feel that with so many games in a row, this may be a tough game for the visitors. I still think City will dominate possession, but I can see Hazard and Willian being a real threat and as such, I am backing Chelsea to earn a point.

It is fair to say that these teams are rarely short of opportunities to score against opponents and I think Saturday night’s game will be a similar story. I can see City scoring at least one goal, even on the road against Chelsea’s defence, but I do feel Eden Hazard and Willian will give City’s defence some huge problems and as such, I am backing them to be the catalyst for Chelsea to claim a 1-1 draw.