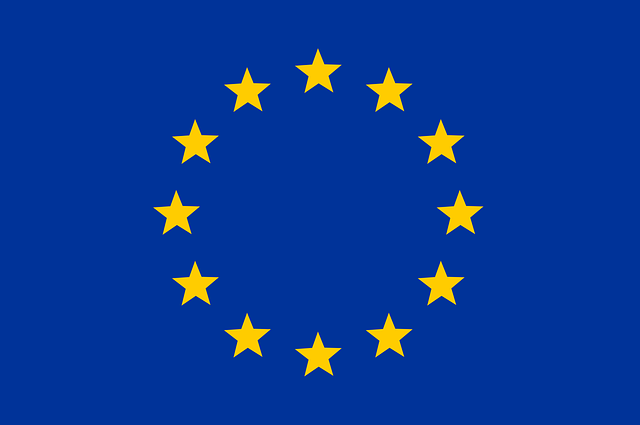 For the next couple of weeks, we are going to be focusing on the semi finals of the three big UEFA club competitions that will be played out over the next fortnight.

There’s plenty of interest for British teams with five teams remaining in the three tournaments and all could make it through to the final, if they can defeat their semi-final opponents over two legs.

Last time out we saw Chelsea eliminated by Real Madrid despite a superb performance in Spain, but Liverpool and Manchester City made it through the Champions League quarterfinals alongside Real and surprise package Villarreal, who stunned many people by defeating Bayern Munich.

British teams did well in the other two competitions, all coming through their quarter final ties. West Ham were hugely impressive winning 2-1 in France against Lyon to earn a semi-final spot and in the same Europa League competition, Rangers defeated Boavista 3-1 after extra time in order to reach the semis.

There both will take on German opposition with Rangers facing Red Bull Leipzig, while West Ham take on Eintracht Frankfurt, a team who defeated Barcelona away from home in the quarter finals.

In the Europa Conference League, Leicester also reached the semifinal by virtue of a 2-1 away win over PSV Eindhoven, there they face Roma, who gained revenge over Bodo Glimt with a 4-0 win in Rome. Marseille and Feyenoord will contest the other semi final.

As always, you can enjoy a massive choice of bets on these games with bet365 Sport, including In Play betting across all six semi final first leg ties.

Could we see a new name etched on this year’s Champions League trophy? We will if Man City or Villarreal win it. However, Real Madrid and Liverpool have won the trophy on numerous occasions and will be desperate to add their name onto that famous list once again.

Last year, Manchester City despatched Real Madrid over two legs to reach the final of the Champions League where they lost to Chelsea. Pep Guardiola’s team will now have to do the same again over the next fortnight to reach the final in Paris.

City won’t be overawed by that, especially seeing how well Chelsea did in the away leg in Madrid and if City avoid the mistakes Chelsea made in the first leg, which handed Real the decisive 3-1 win in London, then I think the Manchester side will come through here.

They will have to nullify the threat of Karim Benzema, who has been in superb form for Real Madrid in the Champions League this season and has seven goals in his last three appearances in the competition.

However, if City can keep the Frenchman quiet, I expect them to land the win at home here to give them something to defend in Madrid next week. So, take City to land the win here and both teams to score which is an 11/5 shot.

Liverpool have the Carabao Cup in the bag, have reached the FA Cup Final, are chasing Manchester City hard in the Premier League and now stand a two-legged tie against Villarreal away from the Champions League final in what could well be the Reds best season ever.

However, they won’t take the Spaniards lightly, as they have defeated Juventus and Bayern Munich in the knockout stage to reach the semifinals and they showed in both those games that they can cause problems for Europe’s elite.

That said, the Spaniards have had problems with English teams, losing to Manchester United in the group stages this season and when they played Liverpool in the Europa League semifinals in 2016, they won 1-0 in Spain but lost 3-0 at Anfield.

Villarreal will want to keep this game tight but I think Liverpool will be too strong and I expect the Reds to land a good value win to take into the second leg in Spain. Liverpool to win 3-0 is a 7/1 shot.

After being eliminated from the Champions League, Red Bull Leipzig have shown their quality in this tournament with Christopher N’Kunku proving to be as deadly in this competition as he was in the Champions League. Little wonder he has been linked with a host of top clubs this summer.

Rangers have made their way past German opposition already in this competition, beating Borussia Dortmund over two legs to move into the quarterfinals where they then despatched Boavista. As a result, Leipzig should not hold too great a concern for the Scottish side.

Rangers have definitely lifted their game in Europe this season and played at a level or two above they need to in the SPL, but Leipzig is a very tough place to go and I can see Leipzig perhaps holding a narrow lead to take back to the second leg in Glasgow.

Eintracht Frankfurt continued their superb form in Spain, where they have never lost a European tie, in defeating Barcelona on the road last week, so West Ham will be more than aware of just how good this German side can be.

To be fair to West Ham, they produced a superb display to beat Lyon in France, securing a 2-1 victory on the night and a 3-2 win on aggregate to reach their first European semifinal since 1975/76. At home, they certainly should not feel that they need to secure a big advantage given how well they have played on the road.

Frankfurt have beaten some big names this season domestically and in Europe, but they have also struggled at times against lesser opponents and I think West Ham have a great chance to reach the final here, especially if they can land a win at home.

The first Europa Conference League semi finals will see one team from each of Holland, France, England and Italy contest against each other for a place in the inaugural final of this new UEFA Competition.

Feyenoord produced a fine away performance to beat Slavia Prague 3-1 in the quarterfinal second leg, and Marseille did likewise, earning a 1-0 win on the road against PAOK Salonika thanks to Dmitri Payet’s second goal of the tie, with the French ace also scoring a beauty in the home leg.

This promises to be an intriguing game. The teams have met twice before in the 1999/2000 Europa League and on those occasions, the teams drew 0-0 in France before Feyenoord ran out 3-0 winners in the home leg.

However, these are two very changed teams since then and while Marseille have the advantage in terms of experience and quality, home advantage for this young Feyenoord team is not something to be taken lightly.

That said, I do feel that Marseille are the better of the two teams and I think the French side will do just enough in this game to earn a draw and take them back to the Velodrome in the second leg with everything still to play for. Back the draw at 12/5 with bet365 here.

Leicester City will lock horns with a few familiar faces in the first leg at the King Power as Jose Mourinho will bring his AS Roma team to the midlands. With Chris Smalling and Tammy Abraham now part of the Roma side along with on loan Ainsley Maitland-Niles and ex EPL stars Rui Patricio and Henrick Mkhitaryan, there won’t be too many Roma players Leicester are not familiar with.

The Foxes came through a tough tie against PSV in the last round with a fine away win but they are going to want to take a lead into the away leg in Rome. Bodo Glimt led 2-1 from the first leg but lost 4-0 to Roma in Italy, which highlights how strong the Italians are on their home patch.

Brendan Rodgers team have shown they are capable of beating any side they face when they put their mind to it though and with this being a crucial semi final first leg, I expect the King Power to be rocking when Roma turn up.

Leicester are 5/4 with bet365 to land the win in the home leg and I am backing them to take at least a lead, and ideally one by a couple of goals, into that second leg in Rome.