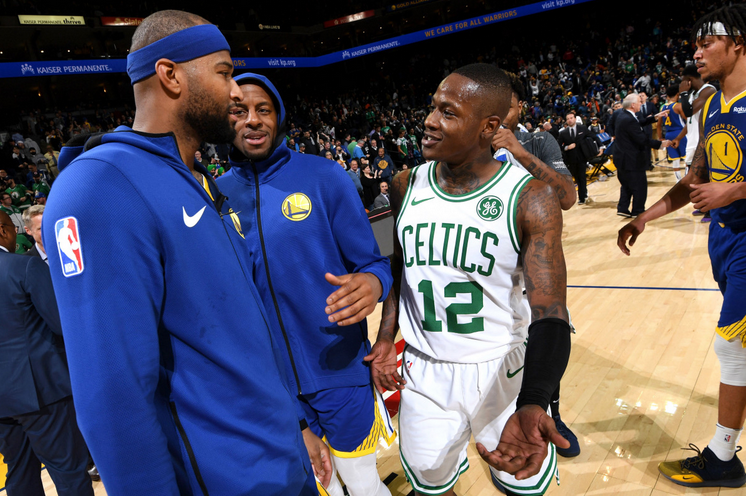 With less than 20 games left in the NBA regular season, the playoff races in each conference are starting to be decided. The NBA Playoffs are always exciting, but this might be the most competitive playoffs in quite some time. Let’s take a look at the updated betting odds to win the 2019 NBA Finals.

Milwaukee Bucks 8/1: The Milwaukee Bucks are the best team in the Eastern Conference, and look like a real threat to the Warriors. Milwaukee is led by Giannis Antetokounmpo and can score with everyone. Surviving the East will be tough, but the Bucks have to be considered the favorite to win the conference. 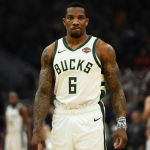 Toronto Raptors 12/1: The Toronto Raptors are once again one of the top teams in the East, but this time won’t have to contend with the Cleveland Cavaliers. Kawhi Leonard is thriving in his first season in Toronto, and the addition of Marc Gasol has the Raptors poised for a deep playoff run. The Raptors have a ton of depth, and this could be the year that they get to the Eastern Conference Finals.

Houston Rockets 15/1: The Houston Rockets very nearly knocked off the Warriors a season ago, and they are back to playing great basketball. James Harden is putting up eye-popping numbers, and the Rockets can shoot. Don’t be surprised to see a rematch of last year’s Western Conference Final again.

Oklahoma City Thunder 25/1: Russell Westbrook is averaging another triple-double this season, and Paul George looks like an MVP candidate for OKC. The Thunder are absolutely for real, and they won’t be afraid of anyone in the playoffs. Don’t sleep on the Oklahoma City Thunder.

Philadelphia 76ers 25/1: When Philadelphia brought over Tobias Harris before the trade deadline, it might have given them the best roster in the league. The Sixers can score points in many different ways, but they still need more buy-in at the defensive end. If the Sixers are able to get some momentum, they are hard to stop.

Boston Celtics 30/1: The Boston Celtics have been a complete mess of late, but they just pulled off an impressive win against the Golden State Warriors. Boston nearly made it to the NBA Finals a season ago and has one of the talented rosters in the league. The Celtics might be the number 5 seed in the East, but don’t overlook Boston in the playoffs.

Denver Nuggets 30/1: The Nuggets still struggle to score points, but their defense will keep them in every game throughout the playoffs. All-Star Nikola Jokic and Jamal Murray are capable of carrying the offense to some wins, and the Nuggets should have the 2 seed in the Western Conference. They don’t get a ton of publicity or hype, but Denver is really good.

Utah Jazz 50/1: The Jazz lack consistency and depth, but have had another solid season. Utah will be a tough out for any team in the playoffs, but they likely won’t be able to win a playoff series. The Jazz are a good team in a great conference.

Portland Trail Blazers 75/1: It’s kind of surprising to see the Trail Blazers this far down on the list. Portland has a dynamic duo in the backcourt, and they are next to impossible to beat at home. The Blazers know that they can beat the Warriors, and they won’t be scared of anyone. Portland is my sleeper pick to win the 2019 NBA Finals.

Los Angeles Lakers 150/1: Not even LeBron James can save the Los Angeles Lakers. The Lakers are going to miss the playoffs for the 6th straight season and will fall off of this completely soon. Los Angeles needs to greatly improve their roster, or their odds won’t improve much heading into next season.

San Antonio Spurs 150/1: The San Antonio Spurs are clinging to the eighth and final playoff spot in the Western Conference. Even if the Spurs make the playoffs, they aren’t getting past the Warriors in the first round. San Antonio isn’t the same team as they once were.

Indiana Pacers 225/1: The Pacers looked like a real contender to win the NBA title a few months ago, but a season-ending injury to Victor Oladipo knocked them down a peg. Indiana has still maintained the third spot in the East, but the Pacers don’t have enough offense to truly challenge for the NBA title.

Sacramento Kings 500/1: The Sacramento Kings are still just outside of the playoff race, but they have had a terrific season. The Kings aren’t a real threat to win the 2019 NBA title, but their time is definitely coming. Sacramento is loaded with young talent.

Everyone Else 1000/1 or Higher: This group of teams is barely hanging on to eligibility, and most will be eliminated in the coming weeks. Not much to see here.