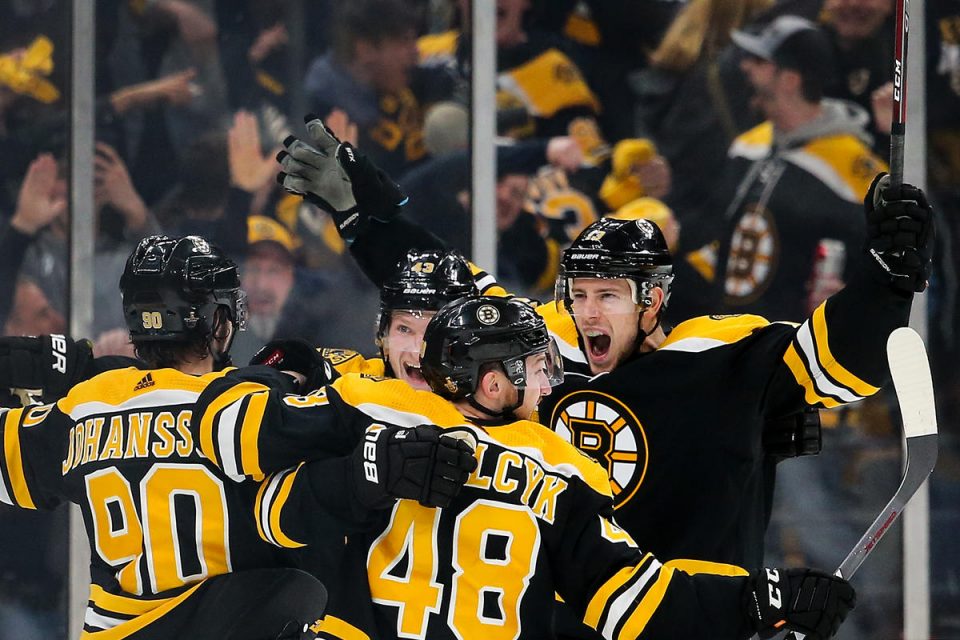 The 2019 Stanley Cup Playoffs field has been trimmed to just four teams, and they aren’t the four teams that many thought would be left standing. Most of the top seeds have been eliminated, and an interesting group of four teams will square off in the conference finals. Let’s take a look at the updated odds to win the 2019 Stanley Cup with a brief preview of each team.

The Boston Bruins were able to get past the Columbus Blue Jackets in six games in the Eastern Conference semifinals. Boston was considered as one of the favorites to win the Stanley Cup coming into the playoffs, and they are the favorite now. The Bruins are a veteran team that knows how to win, and they are terrific at shutting down opposing offenses.

Boston allowed just 2.59 goals per game during the regular season, and goaltender Tuukka Rask is a big reason for that. Rask has given up just 2.02 goals against so far in the postseason, stopping 94 percent of the shots he has faced. Brad Marchand and David Pastrnak have combined for 24 points so far this postseason and have carried the Bruins offense. This is a team that looks poised to hoist Lord Stanley’s Cup.

St. Louis was the worst team in the NHL around Christmas, but they turned things around in a hurry. The Blues are now the favorite to win the Western Conference and are right behind the Bruins with +200 odds. St. Louis has a rookie goaltender in net, but he has been just good enough to win the first two rounds. The Blues needed a double-overtime goal in Game 7 to get past the Dallas Stars in round two.

Binnington is stopping over 91 percent of shots against him, but he has struggled a few times in the playoffs. St. Louis is still waiting for Vladimir Tarasenko to pick up the scoring, but Jaden Schwartz leads the team with eight goals. This Blues team might not have a ton of stars, but they have plenty of momentum.

San Jose might be the luckiest team so far in the NHL Playoffs, but they have gotten enough of it to advance to the Western Conference Finals. The Sharks have a pair of thrilling Game 7 victories to eliminate the Vegas Golden Knights and the Colorado Avalanche. San Jose also got a huge boost in their last game when center Joe Pavelski returned from a nasty head injury suffered in the first round. Pavelski led the Sharks with 38 goals during the regular season and should help an offense that has been struggling to score goals.

Logan Couture and Tomas Hertl have each scored nine goals in the playoffs to lead the team. Goaltender Martin Jones struggled at times in round one but has been great in the last seven games for the Sharks. Jones has allowed just 2.72 goals per game in this postseason and should fare well against a low-scoring Blues team.

The Carolina Hurricanes might have the lowest remaining odds to win the Stanley Cup Finals, but they might be the most impressive team so far this postseason. Carolina eliminated the defending champion Washington Capitals in the first round, then pulled off a four-game sweep of the New York Islanders in round two. The Hurricanes have won eight of their last nine games in the postseason, and they come into the Eastern Conference Finals with a ton of momentum.

Carolina doesn’t have a roster full of proven stars, but everyone has been stepping up big-time in the postseason. Defenseman Jaccob Slavin leads the team with 11 assists and 11 points in the playoffs, and Teuvo Teravainen leads the team with six goals. Goaltender Petr Mrazek is expected back in net to begin this series, but backup Curtis McElhinney has gone 3-0 in the playoffs. The Hurricanes are facing a very good Boston Bruins team, but they have the confidence and momentum to get the job done.

Experience usually matters in the Stanley Cup Playoffs, and two teams have a huge edge in that category. Boston has a ton of proven veterans on their roster in the Eastern Conference, and the San Jose Sharks are the more experienced team in the Western Conference. The Bruins are going to do their best to slow the games down against the Hurricanes, and Carolina wants to play that way as well.

Manchester City or Liverpool – Who Will Celebrate Title Success on Sunday?

Can Watford Stop City’s Domestic Dominance and Win the FA Cup This Weekend?