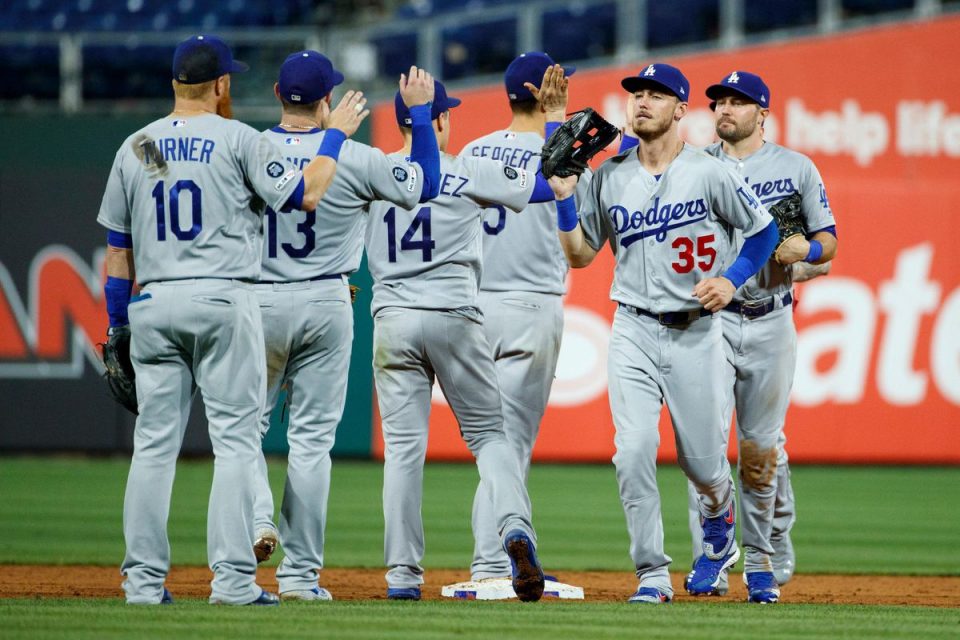 There are just over two months remaining in the 2019 Major League Baseball season, and the top teams are really starting to separate from the rest of the pack. It’s time to take an updated look at the odds to win the 2019 World Series. There are plenty of teams who could come up big in October, and let’s take a look at the teams with the best odds to win it all.

The Los Angeles Dodgers will head into August with a record of close to 30 games over the .500 mark, and they have all but wrapped up the National League West Division. The Dodgers have one of the top offenses in baseball, and a dominant pitching staff led by Hyun-Jin Ryu. Los Angeles has been in the World Series in each of the last two seasons, but this could be the year that they finally break through and win it all.

The New York Yankees haven’t had their best lineup on the field together all season long, but it hasn’t stopped them from leading the AL East division. The Yankees have a ridiculous offensive lineup when healthy, and they won’t be fun to deal with in October. New York has come up short in recent years, but their sluggers could lead them to the promised land this fall.

The Astros are loaded with talent, and if they can get healthy will be impossible to deal with in October. Houston doesn’t have as dominant of a pitching staff as it had in 2018, but their offense can make up for it.

The Atlanta Braves have a ton of young talent on their ballclub and will likely be the favorites to win the World Series in future seasons. Atlanta can hit with the best teams in the National League, and they have a few dominant pitchers. The Braves should win the NL East and will be a tough out in the playoffs.

The Minnesota Twins can hit the ball out of the ballpark, and they are doing it at a record pace. Minnesota has hit at least five home runs in five different games this season, and they have gotten production from everyone in the lineup. Minnesota is clinging to its shrinking lead in the American League Central.

The Chicago Cubs still have one of the most talented offenses in baseball, but they also have a ton of question marks. Chicago should win the National League Central Division, but they have some company near the top. The Cubs will need to be healthy when entering the playoffs if they want to win it all.

The Phillies have a decent offense, but their pitching has been a mess. Philadelphia will have to win a Wild Card spot to get into the playoffs, and that isn’t a guarantee. The Phillies have enough issues that should prevent them from winning the World Series.

This is a very interesting group of teams as it isn’t clear if any of these teams are going to make the playoffs in 2019. The Boston Red Sox are the defending World Series champions, but they have plenty of flaws. Tampa Bay got off to a great start but has really faltered in recent weeks. Milwaukee now sits in third place in its division and is dealing with a ton of injury issues. All three of these teams could be a tough out in the playoffs, but they have to get there first.

The Washington Nationals were supposed to take a huge step backward when Bryce Harper left the team for the Philadelphia Phillies, but that hasn’t been the case. Washington has been able to find just enough offense from its rising young stars, and they have a dominant rotation starring Max Scherzer and Stephen Strasburg. Washington will have to get in the playoffs via the Wild Card, but they won’t be a fun team to deal with.

The Cleveland Indians appeared to be buried in the standings at the beginning of July, but things have turned around in a hurry. Cleveland is just two games out of the lead in the AL Central Division, and they are closing in on the Twins in a hurry. The Indians have dealt with a ton of injuries all season long, but they are always tough to deal with in the playoffs. Keep an eye on the Indians as the year goes along.

The Athletics are having another solid season, but they aren’t doing anything that screams World Series Champions. Oakland will likely make the playoffs, but they don’t have the pitching to win any series in October and beyond.

Any team that has odds greater than +5000 will likely miss the 2019 Major League Baseball playoffs barring a huge run in the last few months of the season. It could happen, but the odds aren’t in your favor.

How Has the Action in the World Matchplay Darts Unfolded?