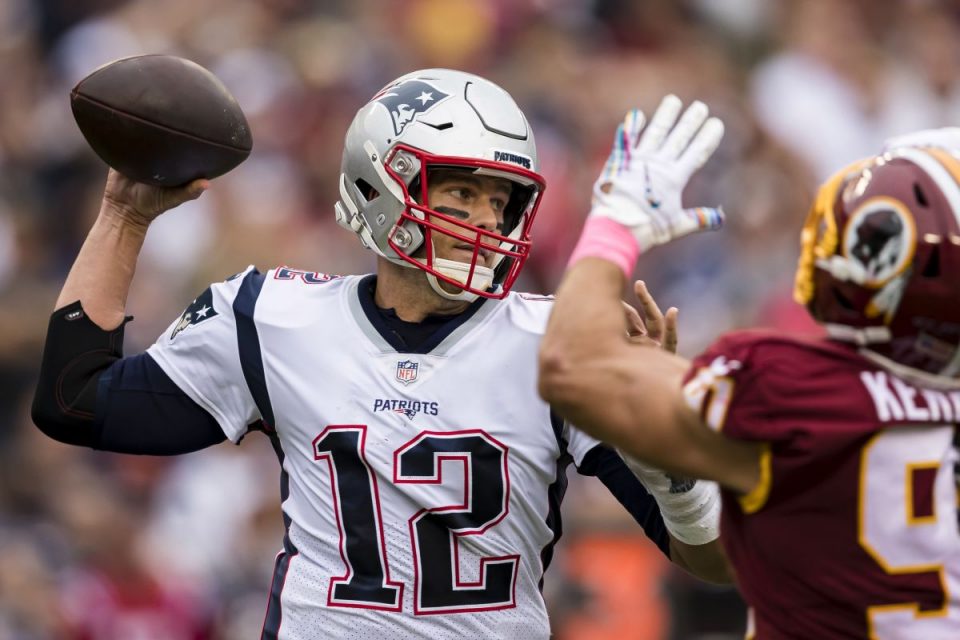 The 2019 NFL season is nearing the halfway point, and the playoff picture is starting to take shape. There are still a pair of undefeated teams remaining, but there are other teams that have a shot at lifting the Lombardi Trophy in February.

Let’s take a look at the updated betting odds to win the Super Bowl with a quick rundown on some of the teams.

New England Patriots +220: The New England Patriots are a perfect 8-0, and they are winning their games by an average of 25.0 points per game. Tom Brady has not been as sharp this season, but the Patriots defense has been absolutely dominant. The road to the Super Bowl in the AFC will run through Foxboro and Gillette Stadium.

New Orleans Saints +500: The Saints survived an injury to Drew Brees, with backup quarterback Teddy Bridgewater leading his team to five straight victories. New Orleans has been on a mission to get back to the Super Bowl since losing the NFC Championship Game in devastating fashion a season ago. The Saints are never fun to deal with at home in New Orleans.

Green Bay Packers +800: Aaron Rodgers is the likely MVP through eight games of the season, but the Packers are also running the ball much better this season. Running back Aaron Jones should run for over 1,000 yards, and Green Bay finally has some defense. The Packers still have some things to improve, but it’s hard to ever bet against Rodgers.

Dallas Cowboys +1400: The Cowboys have all the pieces, but sitting at just 4-3, it is clear that they still have some work to do. Winning the NFC East is the first step for this team and will earn them an easier path through the playoffs.

Kansas City Chiefs +1400: Injuries have plagued the Kansas City Chiefs so far this season, but their offense is still terrific. The Chiefs feel like the second-best team in the AFC, but they are still behind the New England Patriots.

Baltimore Ravens +1800: Baltimore can run the football, and they do it often, but they are going to have to find some balance to reach the Super Bowl this season. The Ravens do play defense, and that plays well in the playoffs.

Los Angeles Rams +1800: The Rams are a hard team to figure out, but they still have tons of talent on offense. Los Angeles has made some trades to improve its defense, and it will need to be better if it is going to make it back to the Super Bowl.

Minnesota Vikings +1800: Kirk Cousins is finally getting things going for the Vikings, and their offense can be scary. The Vikings have a dominant defensive line, and they have won four straight games.

Philadelphia Eagles +2200: The Eagles are another team that has been plagued by injuries, and they are hard to figure out. Philadelphia always seems to find a way to piece things together, and they will be a tough out.

Indianapolis Colts +2500: Andrew Luck’s stunning retirement was supposed to derail the season in Indianapolis, but that hasn’t been the case. Jacoby Brissett has replaced him nicely, but the Colts can also play defense and run the ball.

Seattle Seahawks +2500: Russell Wilson continues to amaze, but this team just doesn’t have a ton of talent around him. Getting a home playoff game would be a huge first step, as the Seahawks are always hard to beat in Seattle.

Work Left to Do

There are likely some playoff teams out of this group, but all five of them have some things to improve if they want to win the Super Bowl this season. It could be done, but they are still a longshot at this point of the season.

Time is Running Out

These teams realistically need to win out to be a playoff team this season, and it’s highly unlikely that it happens. This group of teams isn’t too far away, but things did not go the right way for them during the 2019 season.

Time to Prepare for 2020 NFL Draft

This group of teams will be better served by losing their remaining games and getting a better draft position in the 2020 NFL Draft. Some of these teams have some nice pieces, but they need plenty of help.

Who Comes Out On Top in the Premier League This Weekend?