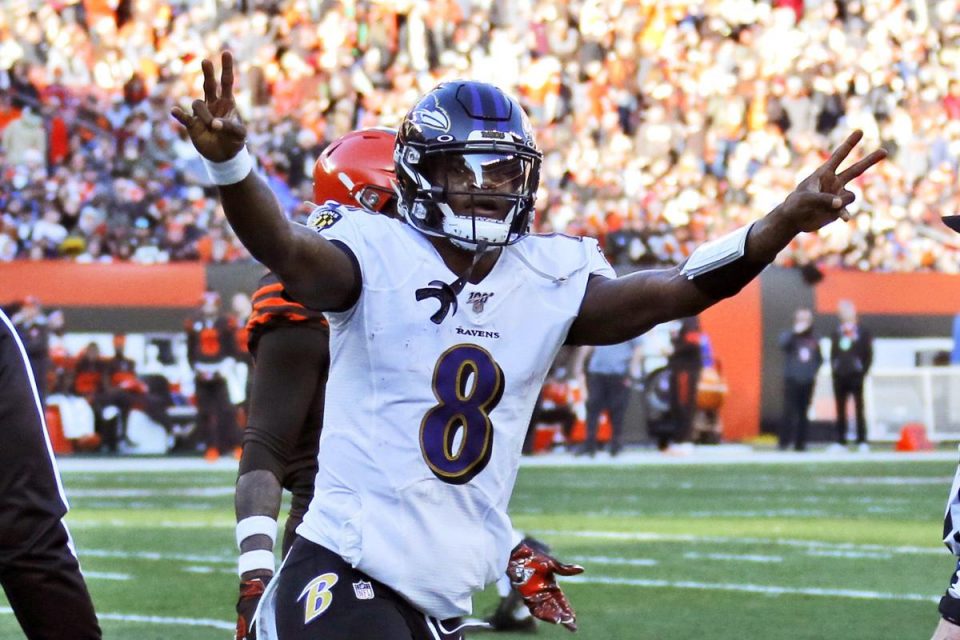 It’s time to take a look at the odds to win Super Bowl LIV now that there is just one week remaining in the regular season. These odds will be adjusted again after Week 17, but now is a great time to get some bets in.

Let’s take a look at the teams still remaining, and give a quick breakdown of each of them.

Baltimore Ravens +225: Quarterback Lamar Jackson is the likely MVP this season, and the Ravens lead the NFL in rushing. The Ravens have won 11 straight games and have been blowing teams out of late. The road to the Super Bowl in the AFC goes through Baltimore.

New England has allowed just 13 points per game this season, and its defense should carry it in the playoffs. Bet against the Patriots if you want to, but they are still the champs until they get knocked off.

San Francisco 49ers +550: The 49ers are another team that has yet to really prove themselves, but they are having a terrific 2019 regular season. San Francisco wants to run the ball and then let its stout defense get to work. The Niners are not a fun team to deal with.

New Orleans Saints +600: The Saints have been on a mission ever since last season, and they still have an explosive offense. Opposing teams have not found a way to stop the Drew Brees to Michael Thomas connection, and that might get them to the Super Bowl.

Kansas City Chiefs +650: Everyone knows about the explosive nature of the Chiefs offense, but their defense has been great this season as well. The Chiefs will have to win a few road games to reach the Super Bowl, but they could definitely pull it off.

Green Bay Packers +1000: Quarterback Aaron Rodgers is putting together another terrific season, but he finally doesn’t have to do it all by himself. Running back Aaron Jones has more than a dozen rushing touchdowns, and the Packers finally have found a defense. This Packers team will be a tough team to get through.

Seattle Seahawks +1400: Marshawn Lynch is back with the Seahawks, and he has had some memorable playoff performances in his career. The Seahawks have a superstar quarterback in Russell Wilson, but their defense has been a mess at times this season.

Minnesota Vikings +3000: Minnesota needs to get healthy before thinking about any long playoff run. The Vikings have been without running back Dalvin Cook, and it has hurt their overall offense. Minnesota can defend, which will give it a chance.

Philadelphia Eagles +3000: Philadelphia still needs a win in Week 17 to reach the NFL Playoffs, but it should get it done. The Eagles are going to be an underdog throughout the NFC Playoffs, but they do have some recent success to turn to.

Houston Texans +3500: Houston has a terrific offense, but its defense leaves a lot to be desired. The Texans could very well make a deep playoff run this season, but it would be a great surprise.

Buffalo Bills +5000: The Buffalo Bills feature a stout defense and a terrific rushing attack. Buffalo will be the fifth seed in the AFC, and it will have to win a whole slew of road games if it is even going to reach the Super Bowl.

Dallas Cowboys +6000: Dallas could be a force to be reckoned with in the NFL Playoffs, but it has to get into the field first. The Cowboys need some help to win the NFC East, and they aren’t likely to get it. This will likely be another disappointing end for the Cowboys, and it might cost Jason Garrett his coaching job.

Tennessee Titans +8000: The Titans still need a win in Week 17 to reach the playoff field, and then the real work begins. Tennessee has been explosive offensively since Ryan Tannehill took over at QB, but this team still has several flaws.

Oakland Raiders +35000: Chances of making the playoff field are slim to none, and if they do get in, the Raiders are not winning the Super Bowl this year.