The NBA playoffs are almost upon us. Many people believe that this year’s postseason is the most open and hard to predict of any playoffs in recent years. The Eastern Conference landscape is particularly hard to predict as the NBA’s second season begins, but that will not stop us from trying to pick who will win it all.

Brief betting note: if you are going to wager on the eventual NBA champion, shop around for the best odds you can find. They tend to vary from one place to another.

On the one hand, the Warriors appear to have stumbled their way into the playoffs, making them an unappealing option to pick to win. On the other hand, getting the Warriors at plus money is a huge improvement in the payout compared to other points in the year.

Advice: The Warriors appear too vulnerable to grab, even at 3:2. Pass. 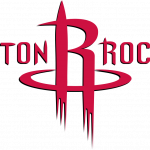 Amazingly the Rockets have the same odds as the Warriors to win the championship. When the big 3 play for Houston, they have been nearly unstoppable, which justifies such a number. Would anyone be all that surprised if the Warriors got it together and beat the Rockets at some point?

Advice: It is hard to bet on anyone out west with the Warriors looming. Stay away.

A 4 seed has the best odds to win the conference? Surely this is the Lebron factor at work, impacting the pricing considerably. The case could be made that the odds should be substantially longer than this given the likely path to the finals, but many feel that until Lebron loses, the eastern championship is his to lose.

Advice: 8:1 does not represent the actual odds of the Cavs getting to the finals and betting them here is paying a steep price because of the Lebron brand. Look elsewhere.

Betting the Raptors in this spot really comes down to one question: Can they get passed the Cavs? Toronto has struggled mightily in the playoffs, but this team is different.

Advice: Getting a 1 seed at 12:1 seems like a no-brainer. It is hard to have much faith in them because of past performance, but making a smallish bet on Toronto seems like the mathematical play.

Many professional bettors have the Sixers as the highest power-rated team in the Eastern Conference. They have won 16 in a row and enter as the hottest team. Inexperience is certainly a factor, but their path will go through Miami and either Milwaukee or Boston to get to the
Eastern Conference Finals.

Advice: The Sixers are the hot ticket at this point, and with good reason. Betting on the Sixers to win the championship sets up the possibility of a hedge if they get to the finals.

Talk about a huge leap in odds from the Sixers to the Thunder! 40:1 on a team featuring Westbrook. PG-13 and Carmelo is certainly intriguing because of all of the firepower. The Thunder will not be scared or intimidated by the Rockets or Warriors.

Advice: if someone other than GSW or Houston is going to represent the west in the finals, the Thunder certainly make the most sense. It seems unlikely that will happen, but at 40:1 the Thunder are worth a small bet.

Utah boasts one of the best home court advantages in the league and plays the best defense. The combination makes them a very dangerous team, somewhat reminiscient of the Pistons teams of the early 2000s.

Advice: Utah lacks the firepower to compete with the other teams in their conference. As attractive as 60:1 seems, it is better to pass. 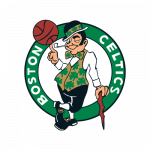 The Boston Celtics are now in the 100:1 range, which represents an overreaction based upon injuries. Many experts believe that Brad Stevens is the best coach in the NBA, giving them an edge. Boston could have a Milwaukee, then Miami and finally Toronto path to the finals, which is not all that inconceivable.

Advice: Getting Boston at 100:1 seems like a good place to take a shot. They have virtually no chance against the team from the west, but if they get that far, there will be hedging opportunities aplenty.

None of the teams are complete enough to threaten the top dogs in their respective conferences. If Kawhi Leonard magically returns to the Spurs, then they would be worth a look. Outside of that happening, the other teams are not worth your hard earned money.

The NBA playoffs are an exciting event that lasts for a month and a half. Betting on a few teams to take home a ring only adds to the fun of watching. Take a small shot on Boston, Oklahoma City, and Toronto with a slightly larger wager on the Sixers.