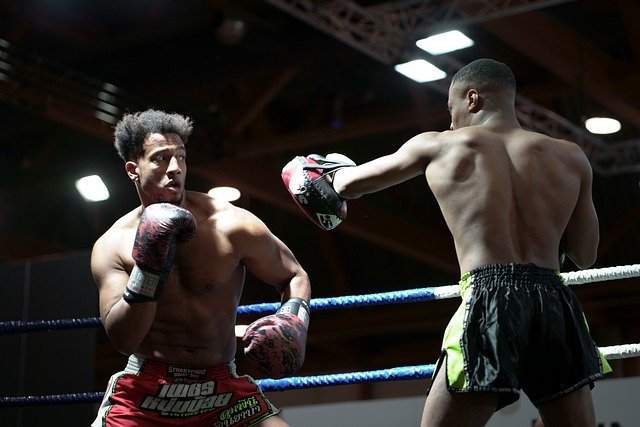 This coming weekend will see one of the most eagerly anticipated Heavyweight battles in recent history as Oleksandr Usyk, the classy Ukrainian two-weight World Champion, will defend the titles he holds against the man he won them from, Britain’s Anthony Joshua.

The bout has even more appeal due to the fact that the winner seems guaranteed a shot at unifying the division for the first time since Lennox Lewis was the undisputed Heavyweight Champion of the world back in 2000.

That’s because the holder of the WBC title, and the Ring lineal champion, Tyson Fury, has stated his willingness to enter into talks over a unification bout for all the belts with whichever of the two boxers holds the titles after this fight.

However, that potential future match up will need to be put on the back burner until after this weekend’s fight between two men who last met in December 2021, which resulted in a very one-sided bout and a surprise winner.

If you are going to be tuning in to watch the bout this weekend, or want to have a bet on the outcome, then check out the wide range of markets available at bet365 Sport, remembering too that the site also offers excellent In Play betting on a wide range of sports events.

Usyk was a supremely gifted amateur boxer who lost just a handful of bouts, in 350 bouts as an amateur, he lost just 15 and he achieved a gold medal at the Olympic Games in London in 2012 in the heavyweight division.

He turned professional at the age of 26 and remains undefeated in 19 professional fights. He won the WBO Inter-Continental Cruiserweight title in just his 5th fight and was a World Champion by his 10th fight.

By his 15th fight, he had unified the division, holding all four of the recognised titles and then defended them successfully against Tony Bellew.

Usyk had little to prove at Cruiserweight so made the decision to move up to heavyweight where he beat Chass Witherspoon in his first fight at that weight. He then landed back to back wins over British opponents Dereck Chisora and Anthony Joshua, landing him four of the six recognised Heavyweight World Titles.

Since then Usyk has returned home to the Ukraine to help his nation fight the Russian invasion, but was advised to head out of the country to train for his defence of the titles against Joshua in the summer.

He has since been training in Poland in readiness for the rematch.

This will be the second time that Anthony Joshua has headed out to Saudi Arabia for a rematch after losing the Heavyweight World titles that he once held.

A talented amateur despite starting boxing later in life, Joshua first came to the attention of the public in the UK when he battled his way to gold at the 2012 London Olympics in the Super Heavyweight division.

The Brit turned professional a short time later and won all of his first 22 fights, claiming his first World Title with a 2nd round knockout win over Charles Martin in his 16th fight in April 2016.

Two successful defences followed against Eric Molina and Dominic Breazeale, before he took on Wladimir Klitschko at Wembley and knocked out the WBA and IBO Heavyweight Champion in the 11th round.

Successful defences against Carlos Takam and Joseph Parker followed, the latter the first fight in which Joshua had been taken to points, before Joshua’s first defeat came at the hands of his 23rd opponent.

Big hitting Mexican-American Andy Ruiz Jr, landed a stunning win with a 7th round knockout of Joshua in New York City in June 2019.

Joshua activated his rematch clause and fought Ruiz Jr in Saudi Arabia in December 2019, adapting a much leaner look and using his footwork to stay out of the reach of the Champion and to claim a victory on points.

He defended the titles against Kubrat Pulev a year later but in September 2021, he was set to face Oleksandr Usyk.

Going into this fight, Usyk was the big underdog. Giving away a lot of height, weight and reach to the British Champion, many felt Joshua’s greater power would give him too much of an advantage in the fight.

However, in a strange turn of events, Joshua’s team decided to try and outbox Usyk, a move which played a big part in how the fight eventually turned out.

By trying to outbox Usyk, who was by far the classier and more technically gifted fighter, Joshua put himself at a disadvantage and the Ukrainian challenge proved to be too quick, clever and knowledgable as he controlled the fight and had the Champion in trouble on numerous occasions.

Joshua hung on to finish the fight, but Usyk was a clear winner and a deserving champion.

A short time later, Joshua handed the belts over to the new Champion and said that he intended to activate the clause in the contract for the first fight to ensure he got an immediate rematch.

A Change Of Trainer And Tactics?

Once the rematch was confirmed, Joshua made the decision to replace his trainer of many years, Robert McCracken, with a different trainer, travelling to the United States to find the person he felt could give him the tools with which he could beat Usyk.

After visiting many top-class gyms, Joshua eventually selected Robert Garcia as the man to train him for the rematch. The talented trainer has mentored more than 10 World Champions at different weights but is yet to train a heavyweight Champion of the world.

Garcia’s boxers are known for their physical, heavy-handed and high-pressure approach to fights, and it is thought that Joshua will adopt similar tactics for the rematch, in addition to seemingly bulking up in muscle ahead of the bout.

Usyk No Longer The Underdog In The Betting

The Champion may have started the first fight as the underdog, but the bookies have made Usyk the 4/9 clear favourite to win the rematch, with Joshua a 13/8 underdog to win the fight, both of those prices were with bet365 Sport and correct at the time of writing.

This does promise to be a very interesting fight. Joshua made a huge mistake trying to outbox Usyk in the first bout, but his focus on his size, power and strength advantage makes sense as these are things that Usyk cannot match.

In the first fight, Joshua barely laid a glove on his opponent and it will be interesting to see how Usyk’s chin holds up if Joshua does connect with that extra power and strength behind him.

I think we could be in for a spectacular early finish here and I am going to go for Joshua to land the surprise win at 13/8.

7 Steps To Work Out Your Gaming Budget

Who Will Win The Eight Divisions In The NFL Regular Season 2022?