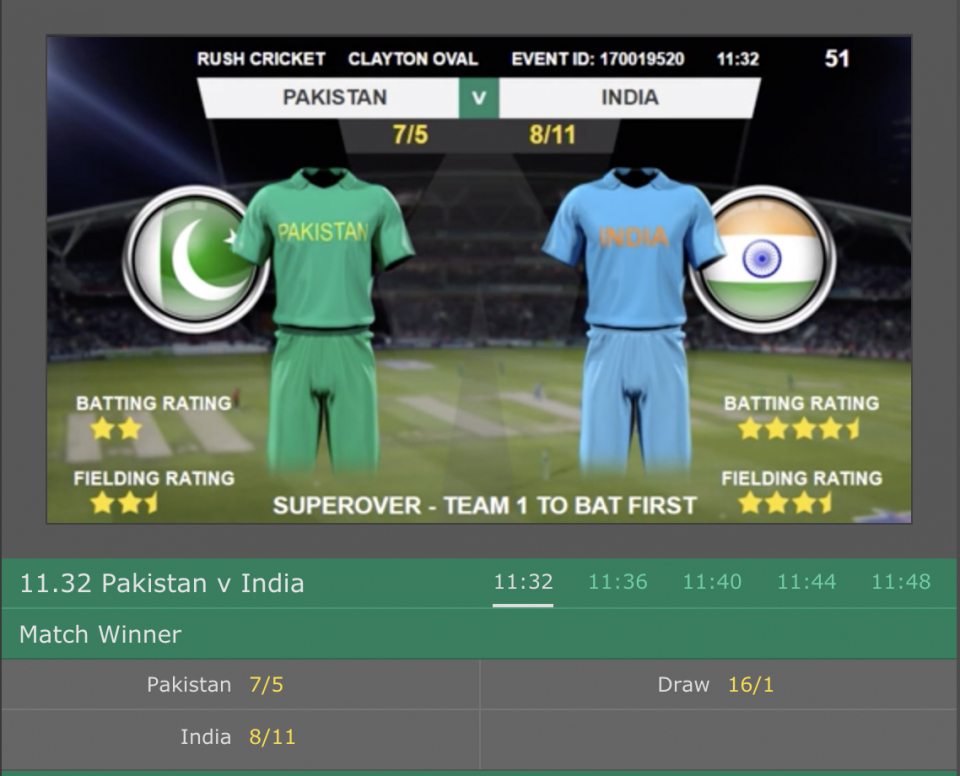 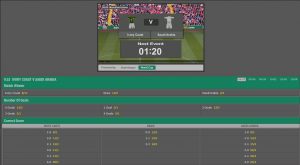 there is always something new to try and this week, we are bringing you news of precisely that at one of our favourite betting sites, bet365 Sport.

However, what is unusual about this new offering is that it isn’t to do with any real life sporting event that you may wish to bet on. Nor is it to do with bet365’s outstanding Live Streaming service, which streams over 100,000 events a year, or its superb In Play betting service. Instead, we are going to take a delve into the world of Virtual Sports, one of the fastest growing markets in the sports betting industry today.

If you fancy trying out the latest Virtual Sports on offer at bet365, then why not sign up today? New customers can join using the current bet365 Sport New Customer Promotion, which means that once you start betting on the site, you could earn up to £100 in additional bet credits to spend on extra bets at no additional cost to you.

Before we take a closer look at both the new Virtual Sports at bet365 though, let’s learn a little more about Virtual Sports betting, how it works and why it has grown to be so popular with customers over the last few years.

What are Virtual Sports?

Virtual Sports are computer programs that simulate a real world 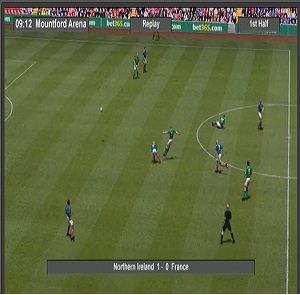 sporting event for the purposes of generating betting across a number of markets on that event. In order to facilitate more betting opportunities, the Virtual Sport tends to run over a matter of a couple of minutes (3-5 minutes being standard) rather than the real amount of time a sports event tends to take.

A Virtual Sport has two distinct phases. The first phase is the betting phase, when the player can look through the different markets for Virtual Sports and then decide which bets to place, and then place them. The second phase is the simulation phase, which is when you see the depiction of the sporting event and the results are generated from this depiction.

After the result is finalised, a brief summary of the winning markets are displayed and then the next simulation will begin with the betting phase once again.

Virtual Sports have been one of the biggest growing sectors of the sports betting industry in recent years and they are now the third most important market in terms of generating revenue for betting sites behind football betting and horse racing betting. As such, a number of companies are now making sure that their Virtual Sports offering is in tip top shape.

And that is precisely what bet365, through their partnership with Virtual Sport software providers Inspired, have done by releasing two exciting new Virtual Sports offerings on the site.  First though, what exactly does bet365 offer when it comes to Virtual Sports betting?

Prior to the release of the two new Virtual Sports, bet365 offered the 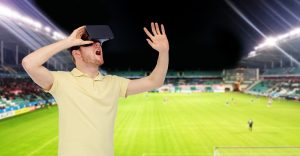 following on its site:

However, earlier this year, the number of Virtual Sports available at bet365 increased by two with the introduction of two additional options for players.

The new Virtual Sports at bet365

The first of the newly introduced Virtual Sports games is Virtual 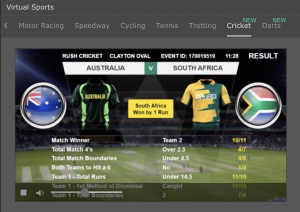 Cricket. This is one of the first Virtual Sports from Inspired that offers a more realistic approach to Virtual gaming as the site uses real, filmed footage of cricket teams as the basis for the simulation part of the game, with commentary provided by former England cricket spinner and Question of Sport team captain, Phil Tufnell.

Virtual Cricket is a game played between two test-playing countries which include Sri Lanka, India, England, Pakistan, Australia, New Zealand, West Indies and South Africa. Each game is contested over two overs. The first with the home side batting, the second with the away team batting. The winning team is decided solely by the number of runs scored by each team.

The opening phase of the game is the betting phase and there are a number of different markets you can bet on in the game as outlined below:

Each team is given a star rating for fielding and batting to help you make your decision and to introduce a handicap element into the game, which helps provide the range of odds available on the games generated.

After the betting period, the highlights package begins and it is notable that the new software is much improved over the older games with more realistic highlights and commentary that has a nice comedic value alongside providing an accompaniment to the game.

Each Virtual Cricket game takes four minutes to complete and it is fair to say that the game has been a real hit since being introduced onto the site earlier this year. 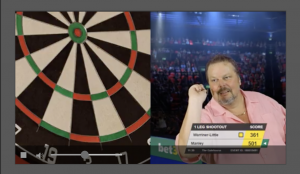 Virtual Darts and if anything, this game highlights how the next generation of Virtual Sports games will look in the coming years.

In terms of presentation, Virtual Darts looks identical to real life darts that you would watch on television. Inspired have used the senior tour players, many of whom are household names from their days on the standard tour, and this addition adds a huge level of realism to the game.

The way the game is presented too, using the familiar split-screen view of the player throwing and the dartboard, and scorer Russ Bray shouting out the scores in his distinctive brogue, all mean that this is less like a Virtual Sport and more like a real game of darts.

There’s not too many markets to bet on with Virtual Darts, there are essentially just five different types of markets, Match Winner, Checkout Markets, Player First Three Darts, Match Events and Wincast bets available, but there’s still plenty of scope for players to enjoy a bet on the game.

Each Virtual Darts game is played over one single leg of darts and the whole leg is shown in full and as a result, Virtual Darts takes five minutes to complete one event from start to finish.

Virtual Darts is a huge improvement on the standard Virtual Sports offering and is a beacon for how the future of Virtual Sports game development needs to go over the coming years.

Will more Virtual Sports be added to bet365?

Although we have already seen two new sports added to the bet365 Virtual Sports range this year, this may not be the only sports to be released in 2019. We already know that Inspired have almost completed work on two next-generation games for existing virtual sports, these will be Rush Horseracing and Rush Greyhound racing and it is likely both of these will be released at some point in 2019.

Also set to be released at some point in the year is a Rush Basketball game which has recently finished shooting the footage to be used in the game in Las Vegas. So it is entirely possible that we may see a further three, if not more Virtual Sports added to bet365’s already burgeoning selection of games over the coming year.