Another week is here full of National Football League action. Week 13 went much like we thought it would with some blowouts, along with some excellent excitement. Time to turn the calendar to the second week of December and get ready for some great Week 14 action. For some it’s do or die to get into the postseason, for others it’s just solidifying their spot, and for others it matters for their draft spot, and that’s it. It’s time to take a look at the NFL Week 14 Picks.

Matt Ryan and the Atlanta Falcons are in a must win situation at home on Thursday Night Football. The Falcons cannot afford to fall to 7-6 in a tough NFC. Look for Ryan and Julio Jones to take care of business and shred the young, inexperienced secondary of the New Orleans Saints. It’s a short week, and it will show with the defense of the Saints. Take the Falcons to win this game at home.

BET ON WEEK 14 AT PADDY POWER

Dumpster Fire warning. These two teams stink, and both head coaches are going to get fired at the end of the season – if not before. Marvin Lewis and the Cincinnati Bengals blew a chance to remain in the race and lost to the Steelers. The Bears are not even competitive right now. There is a lot of talk about how banged up the Bengals are – and it’s true, but look for the players on the field to bounce back with a road win. That’s how bad Chicago is. Take the Bengals in Chicago.

Stop it. The Cleveland Browns are not going to win a game all season. That’s reality, but it’s pathetic reality. This is probably the best chance Cleveland has left. The Packers could use another win with Brett Hundley behind center to stay in the race. Look for Green Bay to take care of the football on offense, and take the football away on defense. The Packers go to Cleveland and give the Browns their 13th loss of the 2017 season.

What a massive win for the Dallas Cowboys last week over the Washington Redskins. Now, the Cowboys feel they have a chance. The Cowboys will get Zeke Elliott back soon, and they are fighting for a wildcard spot. The Cowboys cannot afford to lose another game, and this should be one they have no problem with. The only thing is – no Ben McAdoo, and you all know the narrative about playing for a new coach. Regardless, the talent level is too far apart with a ton of momentum on one side. Take the Cowboys.

Don’t look now  – but a win here and the Los Angeles Chargers are 7-6 heading into their final three games of the season. Phillip Rivers is doing just enough to lead the offense, and this is a much improved defense. The Chargers with a win would also keep pace at the top of the AFC West. Look for Rivers to have another nice game, and hand the ball off to Melvin Gordon late to seal the deal. The Chargers down the Redskins in Los Angeles on Sunday. 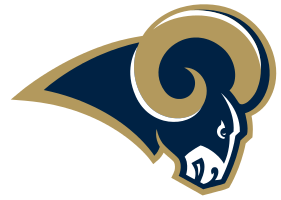 We saw some chinks in the armor of the Philadelphia Eagles. Now it’s time for Sean McVay and the Los Angeles Rams to expose them. Jared Goff against Carson Wentz. This is a great game, but the Rams are the winner here. Los Angeles needs to stay ahead of Seattle heading into their battle later in the season. Look for Todd Gurley to have a solid game here and lead Los Angeles to their 10th win of the season.

There you have it. Those are our favorite Week 14 Picks. Best of luck with all your National Football League betting, and we hope you have a great day at the sportsbook, and a great weekend watching the action on the field! Enjoy and good luck with all your  US sports betting.