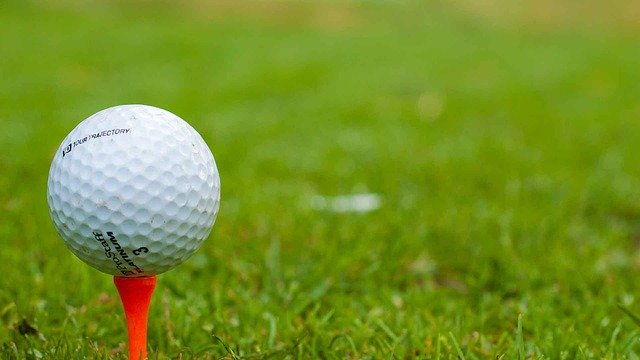 This weekend, we have the first PGA Tour Golf tournament taking place for a while as

144 of the world’s top stars meet in a specially-expanded field from the usual 120 players that compete in the annual Charles Schwab Challenge, formerly the Colonial National Invitational.

Kevin Na will be one of the players in the field and he will be aiming to defend the title he won last year when defeating Tony Finau by four shots. Tiger Woods is absent, but a number of top players in the world today, including all of the top three players in the golf rankings, will be participating at the event, with a particularly strong representation from the United States.

If you are going to have a bet on which player will win, or at least finish in the paying places at the PGA Charles Schwab Invitational this weekend in Texas, then you need a site that offers extensive golf betting options, In Play betting on the tournament and there is one site that will get you started the right way with the latest bet365 New Customer Bonus. Not only does bet365 offer all those things, but it also offers extensive live streaming to customers that have placed a bet in the preceding 24 hours, or who have a credit balance in their account.

However bet365 is not available everywhere in the world at the moment, particularly in the United States, but depending on where you live, you do have some options open to you if you are US-based. In Indiana, for example, the latest BetRivers Affiliate Code “HOOSIERBONUS” can get you signed up on the popular BetRivers sportsbook site, while if you live in Nevada, Iowa or New Jersey amongst others, the latest DraftKings Online Sports Book is a great option. Pennsylvanians can also enjoy great betting at PlaySugarHouse when they sign up using the latest playsugarhouse promo code in the link.

So, before we take a look through the field for this tournament, let’s learn a little more about the event itself and the course on which it is contested.

Due to a new sponsorship deal, the Colonial National Invitational has become the

Charles Schwab Challenge and one of the more venerable events on the tour has a new name. First contested back in 1946, when Ben Hogan won the first of his five titles at the event, the Fort Worth-based event has been a mainstay on the PGA Tour ever since.

Over the years, nobody has managed to better Ben Hogan’s five wins, in fact nobody has come close to that level of success with a number of golfers recording two wins, including the likes of Lee Trevino, Billy Casper, Nick Price, Phil Mickelson and Zach Johnson amongst them. Tiger Woods, who is again absent from the event, has never won the tournament. Kevin Na is the current champion having won the tournament last year.

The course is one of the top 100 courses in the United States and is famous for a stretch of three holes early in the round. The third to the fifth holes are known as the “Horrible Horseshoe” given the shape the holes create on the course and the fact that they are three of the toughest holes on the course. In fact, the 481-yard par four fifth hole is regularly rated one of the toughest holes on the PGA Tour each year.

Despite this, the course record is 61, which has been achieved by seven PGA Tour professionals including last year’s winner Kevin Na.

Which players should be in contention this weekend?

won 11 of the last 13 times the tournament was run with only Justin Rose (2018) and Adam Scott (2014) breaking American player’s stranglehold on the trophy.

There is also a strong representation from Europe, despite a number not making the trip to the US for a number of reasons. Rory McIlroy is the 8/1 favourite to win the trophy just ahead of Spaniard Jon Rahm at 12/1. Justn Rose is a 45/1 shot, with Matt Fitzpatrick a 55/1 chance and Sergio Garcia 60/1.

International players are also well represented with the likes of SungJae Im (33/1), Collin Morikawa (40/1), Marc Leishman (45/1), Jason Day (50/1) and Louis Oosthuizen (66/1) amongst those rated as having a good chance of victory.

My gut feeling is that the winner will likely come from one of the players mentioned above, so who would we back?

The Spaniard has finished as a runner up in this event in recent years and he was one of the form players on the tour before the break. He is well used to playing in the United States and it is his consistency from one week to the next that has seen him climb the rankings so effectively over the last few years. If one player can slot back into the rhythm of tournament play quickly and easily it is Rahm and that may be a key factor here.

In addition to this, I would place a number of smaller each way bets on a number of other players, with bet365 Sport paying out the top six and equal in the tournament. My choices here would be Tony Finau (35/1), Jordan Spieth (40/1) and Phil Mickelson (135/1).

Return of the English Premier League Fixtures, Preview and Tips