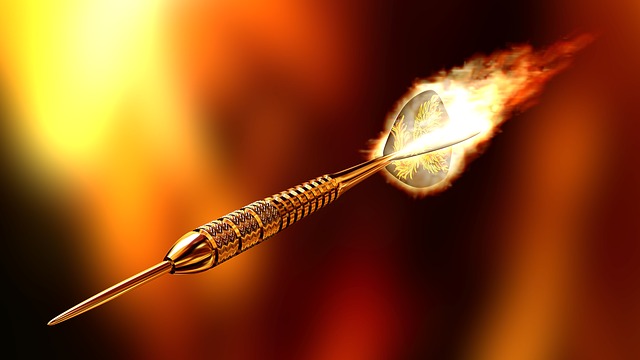 On Thursday night, the 2019 PDC World Darts Championship gets 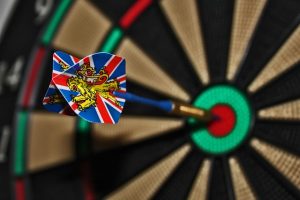 underway once again at the Alexandra Palace in London. The largest ever field for the event, 96 players (including two female players), will be competing for a record prize pool and the largest ever prize of £500,000 for the winning player.

The tournament is well known for the exuberance of the spectators, who often attend in a variety of different fancy dress outfits, almost as much as the high quality of darts that is always on display at the World Championship.

As always, such a huge sporting event, especially over the Festive period, always attracts lots of punters to enjoy a flutter on the outcome and this year’s tournament will be no different. If you fancy a bet yourself, then bet365 is the place to head. New customers can sign up with the latest bet365 Sport New Customer Offer, which could see you earn up to £100 in bet credits.

With more players in the tournament, the PDC have changed the structure of the opening two Rounds. No longer do we have a preliminary round match to start each session, with the winner then going on to face a seed in the final game of the night. Instead, the top 32 seeds have been given a bye into the Second Round of the tournament.

The top 32 seeds and their rankings are outlined below.

The remaining 64 players have been drawn into the First Round, which sees 32 matches between these players, with the winning player moving on to face one of the 32 seeds outlined above.

For the first time, two women will also compete in the First Round of the tournament, current Ladies World Champion Lisa Ashton and former champion Anastasia Dobromyslova, although both have tough draws if they are to make it through to the Second Round and face one of the 32 seeds.

From the Second Round onwards, it is then a straight knockout tournament with the number of sets used to decide the match increasing until we reach the best of 13 final on New Year;s Day 2019.

Who are the players to beat at the World Darts Championships 2019?

This year’s tournament could be one of the most open and evenly contested in many years. Usually, heading into the tournament there is usually one player who has been totally dominant during the season prior and of late, that has been Michael van Gerwen.

However, van Gerwen has not enjoyed a stellar year in 2018 and he has seen a number of other players lifting some of the trophies that the Dutchman is more accustomed to winning himself. The likes of Gerwyn Price, Gary Anderson, James Wade and Daryl Gurney for example, have all managed to land silverware in top events throughout the season.

It also promises to be a tough campaign for the current World Champion and number 2 seed Rob Cross. The Englishman enjoyed a spectacular success in this tournament last season defeating several notable players including Michael van Gerwen and Phil Taylor, on his way to claiming the title.

Unfortunately for Cross, 2018 has been a rather barren year since and 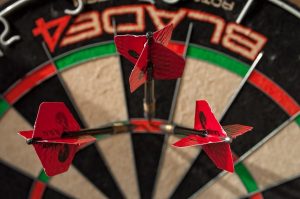 his form of late isn’t great with a number of first and second round defeats in top tournaments to his name, Cross may be the current champion, but his form suggests he is going to struggle to replicate that success this year.

A more likely winner could be the Flying Scotsman Gary Anderson. On his day, the Scot is every bit as talented and brilliant as van Gerwen, but he just doesn’t seem to hit those heights anywhere near as often as the Dutchman. This season though, Anderson has picked up four big PDC title victories and as a two-time World Champion himself, he will be expecting to reach the semifinals of the tournament at least, and if he does then anything is possible.

We’ve also seen a number of players start to find their best form after a rough couple of years with Simon Whitlock, Stephen Bunting, Adrian Lewis and James Wade amongst that group. The likes of Daryl Gurney, Gerwyn Price and Mensur Suljovic have also shown their class this season, while few players are as consistent or score as highly as an in form Peter Wright.

It promises to be a hugely exciting tournament and with extra darts to watch due to the expanded First and Second Round, few fans will be complaining.

With Michael van Gerwen not quite hitting the lofty standards he has achieved in previous years, I think that this year’s tournament could well see a winner other then the clear favourite and for me, Gary Anderson, who is a 10/3 shot with bet365 Sport, is the pick of the bunch.

Anderson has enjoyed a very good season in 2018, winning a number of top tournaments and performing much more consistently. He has far fewer cases of ‘yips’ on the doubles and yet he retains the ability to put together massive scores against any level of opponent.

If he is to win this, Anderson would have to likely beat van Gerwen in the semifinal, due to the way the draw has worked out and at this later stage of the tournament, with more sets to play for (semifinals are a best of 11 contest) Anderson is one of the few players capable of beating van Gerwen even if the Dutchman is at his best.