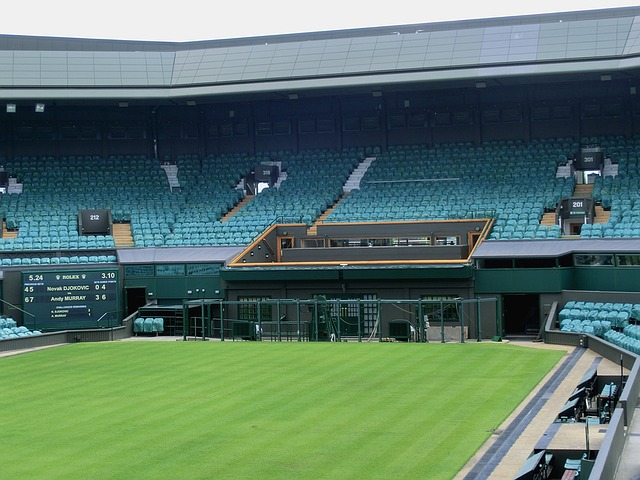 What is the quintessential British summer sport for you? Is it rowing and the Henley Regatta? Perhaps you are more a Royal Ascot or Glorious Goodwood kind of person? It could even be the British Open Golf Championship, or perhaps the World Matchplay Darts tournament which takes place each summer in Blackpool.

But for many, the British sporting summer is about one major event that takes place at the All England Lawn Tennis and Croquet Club, SW19 each year and we mean, of course, Wimbledon.

Wimbledon 2022 promises to be an intriguing one for many reasons, some of which we will explore below, but before that, with a plethora of great betting opportunities to enjoy, including a massive selection of pre-match and In Play betting, bet365 Sport is a great place to enjoy a wager or two on Wimbledon.

However, if you are not yet a customer, then we have news of something that may well interest you.

If you are not yet a bet365 Sport customer then the sites Bet £10 And Get £50 In Free Bets offer is a fantastic place to start.

Simply join the site and make your first deposit of between £5 and £10 into your new account.

When you do, you will receive a Free Bet bonus of five times the deposit amount, up to a maximum of £50, which you need to claim in order for it to be activated on your account.

Once claimed, you then need to play through your initial deposit in full and when you do, your free bet bonus money will be available for you to spend.

You can find out more about this great Wimbledon-themed offer on the site, including the full terms and conditions.

Let’s now take a closer look at some of the key events that have had an impact on this year’s third Grand Slam of the season and why it could be a very different Wimbledon to those in most recent times.

After her victory at the Australian Open, the then World Number 1 and reigning Wimbledon Champion, Ashleigh Barty stunned the world of tennis when she announced her retirement from the sport at the age of 25 to pursue other interests.

The announcement left a void in the tennis world, with nobody really stepping forward to fill the void apparent, especially with Naomi Osaka going through her mental struggles.

However, a short time later, a 21-year-old Polish player stepped up to change the shape of women’s tennis in the space of a few months.

Her name was Iga Swiatek and her incredible story begins with a French Open victory back in 2020 to announce herself onto the World Stage.

A couple of strong years followed, but it was only this year after the Australian Open that Swiatek began to dominate.

A run of six successive victories in tournaments has seen her rise through the rankings to top spot in the women’s game. She has claimed a second French Open title in that run and she is now unbeaten in 35 matches in singles play.

However, it has not just been the victories but the manner of them. She destroyed Coco Gauff 6-1, 6-3 in the French Open final and dropped just one set en-route to that win.

She is clearly playing at a level above other female players at the moment, which explains why she is a clear 6/4 favourite to win the tournament with bet365 Sport, with the next shortest odds players, Coco Gauff and Ons Jabeur both ranked as 10/1 chances.

British hopeful Emma Raducanu is suffering with an injury at the moment, which has been a huge disappointment for British tennis fans who want to acclaim the US Open winner in her home Slam tournament.

Raducanu is 20/1 with the bookmakers, but in truth, she may not even be fit enough to play in the tournament.

A better option could be Serena Williams. The US Star confirmed she would compete in the women’s event in a social media post a few weeks back, her first tournament since sustaining an injury in the first round of Wimbledon last year.

Williams is a 16/1 chance to win the tournament with a former Champion, Simona Halep rated as 12/1 given her return to form.

A ban on Russian and Belarusian players means that a number of top 20 players won’t be in the draw, meaning that the opposition for Swiatek and co should be easier than other tournaments.

It is hard to see anyone beating Swiatek though the form she is in and while grass may not be her favourite surface, I am backing her here to land a second Grand Slam in succession.

You would think that given his victory at the Australian Open, followed by his 14th French Open title win at Roland Garros just a few weeks back, that Spaniard Rafael Nadal would be the player that is shortest price in the odds.

However, you would be wrong. Nadal isn’t even the second favourite for Wimbledon, coming in as the 13/2 third favourite.

There are no prizes for guessing who is rated ahead of him in the betting as favourite. Novak Djokovic, the Serbian ace is the current Wimbledon Champion and the grass court will suit his game more than it will Nadal’s.

However, I am surprised that Italian Matteo Berrettini is rated an 11/2 chance ahead of Nadal. He is a solid player, don’t get me wrong, but I’d still back Nadal to get the better of him in a grass court clash if both players were fit.

British hopes rest on the shoulders of Andy Murray, who picked up an injury on the eve of the tournament but who is still 25/1 to win the event, Cameron Norrie is 50/1 with Dan Evans an 80/1 chance to cause a huge upset.

Marin Cilic reached the final at Queens Club last week and at 20/1, he is a Slam winner and a Wimbledon finalist and if he gets his ‘A’ game going, then he could be a threat to go deep into the tournament.

However, it is hard to see past Djokovic here. A lack of slam action may hamper him, but the surface is to his liking and even at 4/5, he is a good value bet to win.