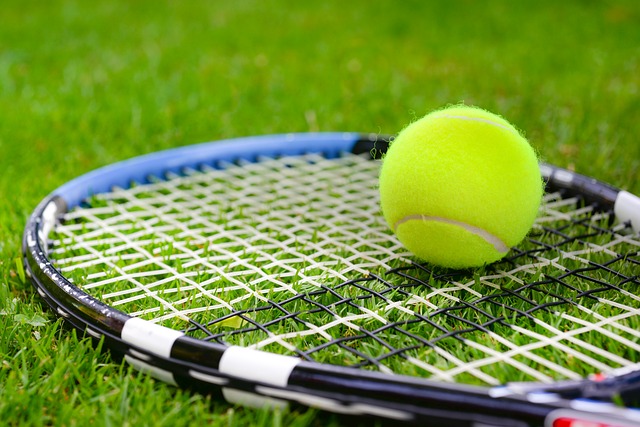 After a busy week of qualifying for many players, 128 of the top male 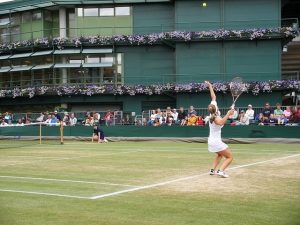 and the same number of the top female tennis players in the world will head to south London for the start of the All England Tennis Championships on Monday 1st July. Better known as Wimbledon, this is the third Grand Slam tournament of the year in what has already been an exciting year for tennis fans.

Defending their titles in the two singles events will be Germany’s Angelique Kerber and Serbia’s Novak Djokovic after they landed stunning victories last year but they face a stiff test to defend those titles with a number of established and emerging stars from the world of top level tennis set to extend them on the grass courts across Wimbledon fortnight.

If you fancy having a bet on Wimbledon at any time across the fortnight, or before the tournament starts, then bet365 Sport offers an excellent range of different bets across the different tournaments taking place. If you are not yet a member, then you are missing out on services like Live Streaming and In Play betting, but the good news is you can join today with the latest bet365 New Player Bonus and claim a great value offer when doing so.

Alternatively, if you are based either in New Jersey or Pennsylvania, then you could take a look at the tennis betting options on PlaySugarHouse.com. This brand new sports betting site, which will see an online casino and poker room also launched mid-July, offers a number of different sports to bet on for US-based customers. Check out the latest playsugarhouse bonus code details by following the link and for more information on this new site.

Let’s now take a quick trawl through the long history of the Wimbledon Championships, which are now in their 133rd year of competition.

A Brief History of Wimbledon 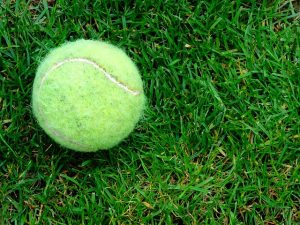 years, there have been a number of incredible performances and performers that have taken centre stage at the championships.

Roger Federer has won the most men’s Wimbledon singles titles in history with eight in his career, while in the women’s game, Martina Navratilova can count one more Wimbledon title in her personal haul having landed nine in total throughout the 70s, 80s and 90s in the women’s game.

This year’s tournament is expected to have a prize pool at least matching, if not surpassing the £34 million in prize money of the 2018 tournament.

The tournament is one of the highlights of the British summer, with around 34,000 kilograms of strawberries consumed by fans across the two weeks, washed down with 10,000 litres of cream. It is also the only Grand Slam event to enforce a strict dress code on its players, with both male and female players expected to wear white in their matches.

Let’s now take a look at how we see things going in both the women’s and men’s singles tournaments across the fortnight.

Equality is the byword at the top of women’s tennis at the moment and that doesn’t mean just in prize money with the men. Things are also very equal in terms of ability and chances of winning a Grand Slam event for the top female players and in truth, any of the 16 players above, plus a large number of other players just outside this elite group, will feel they stand as good a chance of anybody of winning Wimbledon in 2019.

With the likes of Johanna Konta, Garbine Muguruza, Venus Williams and Madison Keys all ranked outside the top 16, we could well see some unfamiliar names in the last eight or four in the women’s draw and it would not surprise me if that is the case.

Part of the problem is that there are very few grass court specialists in the women’s game now, which gives hope to veterans like the Williams sisters, Sharapova and Kvitova. However, their fitness and pace is not what it was and it is this which makes this such an intriguing tournament.

You could pick anyone out of the top 50 in the women’s game and make a convincing case for them here, but I am going to go for Johanna Konta to put in a good display in front of her home crowd and at 14/1, she is well rated by the bookmakers too. 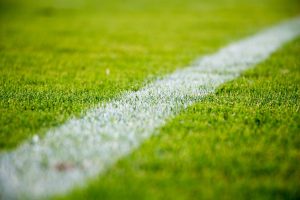 In sharp contrast to the women’s tournament, Roger Federer and last year’s champion Novak Djokovic are the clear favourites to contest the final in the men’s event and it is not difficult to see why. Federer is a legend in this event having won it eight times, while Djokovic has four Wimbledon victories to his name and both have dominated this event in recent years.

With Nadal nowhere near as potent a force on grass as he is on clay, and the players below the top three still some way off the talent of the trio, it is hard to see how anyone can realistically challenge the pair, assuming of course that both are injury free and in good form during the Championship.

If anyone can break the stranglehold the pair have on grass in the men’s game then perhaps it is Alexander Zverev. The German ace is a very big talent but has yet to show that at Wimbledon, but maybe this is the year and his time to shine.

With Andy Murray likely to focus on the doubles as he continues his recovery from injury, British hopes will rest with Kyle Edmund and while he should make it through to the second week, I think he’ll struggle to get much further in the tournament after what has been a disappointing season.

Our Tip – It’s looking likely to be a Federer v Djokovic final and if that is the case we’d back Roger Federer to win his 9th Wimbledon at 10/3 with bet365.