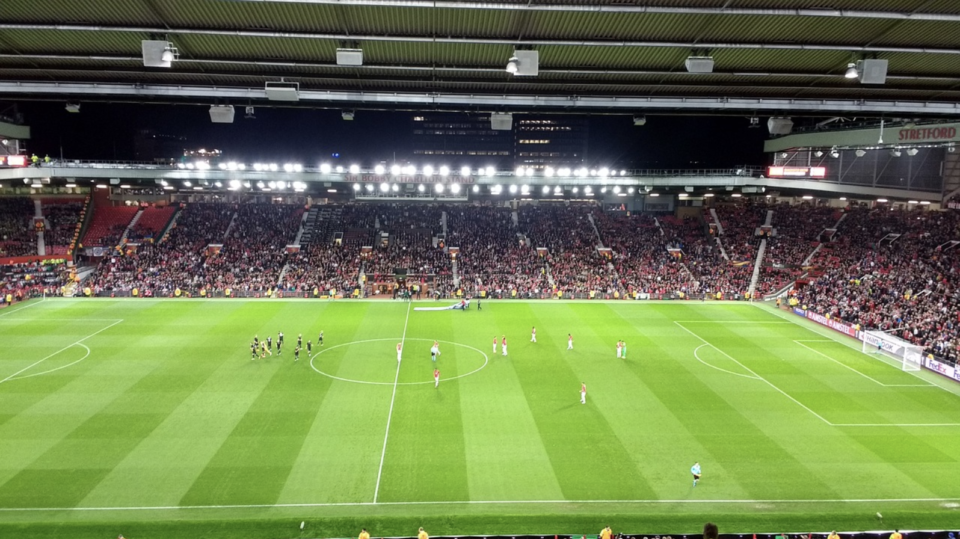 The first weekend in January is always a massive one for football fans and football punters and that is because it is when the FA Cup Third Round is contested.

The famous knockout competition is renowned the world over and it is also the oldest knockout tournament in football history with the first final being contested back in 1872.

While the Final is the showpiece event of the FA Cup, for football fans and punters, the Third Round is arguably why the competition remains a favourite.

That is because it is the time of the tournament when the teams from the Premier League and Championship come into the competition alongside 20 lower-league and non-league teams that have qualified from the earlier rounds of the tournament.

This can provide us with some David v Goliath contests, some of which can cause huge upsets, such as when Hereford United beat Newcastle United, Sutton United beat the then FA Cup holders Coventry City or when Wrexham put out Arsenal.

That is why bookmakers like bet365 Sport will take plenty of bets on the third round matches as punters perhaps hope they can pick out a longer-odds giant-killing in amongst the 32 matches that take place at this stage of the competition.

Let’s now take a closer look at how this year’s FA Cup tournament is organised, with particular focus on which rounds will see replays and which will not.

This year’s FA Cup will see the somewhat controversial reinstatement of replays for games that take place in all rounds through to the start of the 5th Round of the tournament.

Originally, FA Cup games were always decided by replays, even if it took two or three or more replays to eventually decide the winner.

The record for one tie to be decided was six replays, in a 1971 contest between Alvechurch and Oxford City, which was eventually won by Alvechurch.

However, the expansion of the number of games teams play over the course of the season has meant that fitting replays into the schedule for the top teams, particularly those involved in European competition, is very difficult.

As a result top teams have lobbied for replays to be scrapped in the competition altogether and instead, extra time and, if required, penalties used to decide the winner of the tie on the day.

However, lower league sides have pointed out that by doing away with replays, this penalises the smaller teams that can rake in a huge amount of money for themselves by taking a top team to a replay.

So after scrapping replays for the tournament that was completed during the Covid-19 pandemic, they have been brought back for all the early rounds of the competition, plus the Third and Fourth rounds.

Each tie will have a maximum of one replay in these rounds, with the replayed game going to extra time and, if required, penalties to decide the winner.

This rule was brought into being in 1991 and has remained part of the tournament since.

However, the new ruling means that from the Fifth Round onwards, all games will be played to a conclusion on the day with extra time and penalties used to decide the winner if required.

Here is the full set of games for the third round taking place from Friday to Monday night over the course of the coming weekend:

So, looking at this set of fixtures, which are the games that catch the eye the most?

Half of the Premier League teams will face off against each other in five FA Cup Third Round clashes this week with the two games involving the Manchester giants, United and City being the most eye-catching.

United face an Everton side in disarray after a 4-1 thumping by Brighton at Goodison Park on Tuesday night, the same night United ran out comfortable 3-0 winners over Bournemouth at Old Trafford, a result which moved them into third place in the table.

Meanwhile on Sunday night, Manchester City and Chelsea will face off just days after the two met at Stamford Bridge in the Premier League, although it is expected that both teams will have significant changes from the game on Thursday night.

Liverpool face Wolves in what looks like a tricky game at Anfield after the Reds 3-1 loss to Brentford on Monday, especially with Wolves having beaten Liverpool at Anfield in the FA Cup just a few years ago.

The Bees face West Ham in another all-Premier League clash with the Hammers still struggling for form under David Moyes while the final encounter sees Crystal Palace host Southampton in what should be an interesting game at Selhurst Park.

What Games Could See A Giant Killing Take Place?

There are a number of fixtures where we could potentially see a giant-killing take place and some of the key ones have been outlined below:

With some teams likely to rest players, an upset win could be in the cards in a number of these games.

I think the Hull City v Fulham, Middlesbrough v Brighton, Coventry City v Wrexham and Cardiff City be Leeds United are the games where an upset could well be on the cards.

Who Will Win The FA Cup This Year?

This is also the time of the year when many fans decide to make a bet on which team will win the FA Cup outright in May 2023. Last year, it was Liverpool that won their 8th FA Cup title beating Chelsea on penalties, the third year in a row Chelsea have lost in the final.

I can see Tottenham, Chelsea and Newcastle making a real fist of going for this trophy this year, with all three teams desperate for some silverware and they are all decent value bets in this market.

For a good outside value bet, maybe as an each-way bet to reach the final, check out Brentford at 66/1 who have excellent form at home against the big six teams.

The action kicks off on Friday night with Man Utd hosting Everton so tune in this weekend to enjoy FA Cup action in its purest form!

NFL Third Semester Reports – How Have The 32 Teams Performed This Season?