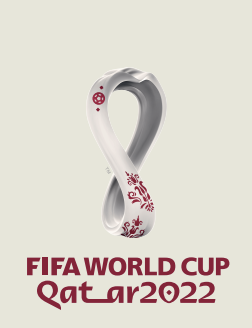 The 2022 FIFA World Cup is now reaching the endgame with the Round of 16 fixtures now in the bag, we have once again halved the field leaving just eight teams remaining that can win the famous gold trophy.

If the Group Stage was typefied by shock results, the Round of 16 by and large went the way many people expected, with the notable exception of one match, plus we saw some teams find some great form heading into what should be an incredibly exciting series of quarterfinal ties.

In this article, we are going to take a look back at the Round of 16 games, and then look ahead to the forthcoming Quarter Final ties which take place on Friday and Saturday (9th & 10th December) and of course, we’ll give you what we feel are the best betting tips for each of those games.

All the odds shown in this article are from bet365 Sport and were correct at the time of writing, but they may have changed in the meantime.

Remember, sign up today with the site and you can earn yourself some additional bet365 Bet Credits as a genuine new customer which you can use alongside your deposited cash!

Let’s begin by taking a look at how the teams reached the quarterfinals with a review of the results and performances in the Round of 16.

Morocco provided the biggest upset in the Round of 16 as they knocked out the 2010 World Cup Winners Spain on penalties after a 0-0 draw. However, in the other seven Round of 16 ties, the favourites to progress did so and some in very impressive fashion.

Portugal top scored with six goals as they thrashed Switzerland with Goncalo Ramos scoring a hat-trick. Brazil put four past South Korea inside the opening 36 minutes, while England, France and the Netherlands were also convincing winners over Senegal, Poland and the United States respectively.

Lionel Messi scored and produced an outstanding second half display against Australia, while the likes of Mbappe and Bellingham also shone for France and England respectively.

Croatia made it four World Cup wins on penalties in a row in the knockout stage, with their penalty victory over Japan.

Croatia have never beaten Brazil before, and have lost both World Cup games that they have played against the Selecao. However, they have also won all of their last four penalty shootouts in the knockout stages of the World Cup and that is something that Brazil, who will start this game as the clear favourites, will be very wary of.

The South American’s have been in solid form in the World Cup, despite their second-string’s shock loss to Cameroon. They were patient against both Switzerland and Serbia claiming the win late on in both games but they scored four quickly against South Korea in their best display to date.

Croatia are going to have to go some to match that kind of quality here in what should be an intriguing first quarter final.

These two teams have met surprisingly regularly at World Cup Finals over the years, including the 1978 Final and in thos games, it has been pretty even with two wins apiece plus a draw in the Group Stages of the tournament.

The Dutch have probably been the more consistent of the two teams, but they did struggle with Ecuador in the Group Stages and while Argentina got off to a woeful start, they have started to get better as the tournament has progressed and Lionel Messi is starting to shine.

This will be a close one as the stats below will suggest but I just think Argentina have that extra quality in depth to get the job done here.

However, defensively, Portugal have shipped five which tends to suggest that they give you a chance, and it will be a chance that Morocco will have to take if they are to win this game.

Morocco have been superb defensively in this tournament and they have enough quality to take this game into extra time and it could well be anyones game from that point. If it were to go to penalties, I’d fancy Morocco here, but I have a sneaky feeling the Portuguese may land the win in extra time.

England’s recent record against France is dismal, but on the positive side for England, they have met twice at World Cup Finals and England have won them both by two goals. I can’t quite see it being that easy for England here against the team many now see as World Cup favourites though.

Mbappe against Kyle Walker promises to be an intriguing battle but I think this is a game that is going to be won and lost in midfield. If England’s trio can get the better of their counter parts in their, then England may have a chance, albeit it may take to extra time to separate the teams.

I can see both teams scoring here but I feel a 1-1 draw is most likely with the game going into extra time. At this point, anyone could win it but after their experiences in Russia and in the European Championships, I think England could snatch the win in extra time.

Breaking Down The Festive Villages Promotion At Bet365