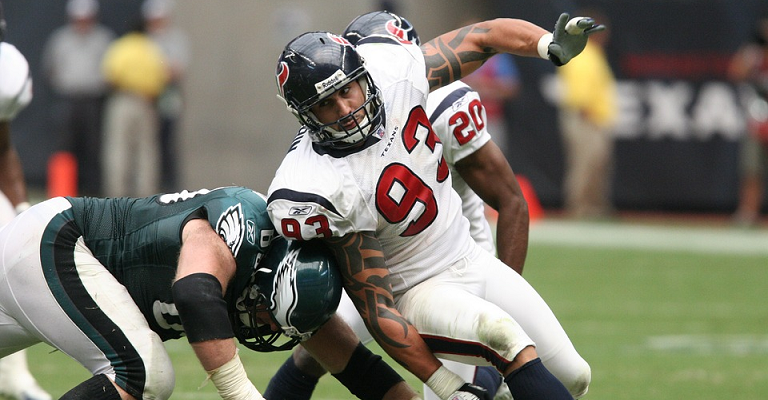 With three weeks of the young NFL season now in the books, it’s time to take a first look at the early returns. And more importantly, it’s time to look at which teams’ records don’t really tell the whole story.

While the media loves to focus on the pre-season favorite that’s stumbled out of the blocks, or the perennial basement-dweller that’s found its way to the top of the standings, it’s important to look a bit deeper and tease out the actual dynamics from each team’s first three games.

Let’s start by looking at some teams that are clearly being overrated right now due to some fortunate circumstances early on, and then we’ll move on to teams who just haven’t managed to lock up the Ws despite looking like strong squads.

A full power ranking of all 32 teams can be found below—see how your favorite team stacks up against the competition so far this season.

The Ravens couldn’t have asked for a better start to their season. After a relatively uneventful summer, they entered as a middle-of-the-pack team looking to keep up with a competitive AFC North. So far, so good—the Ravens are off to a 3-0 start and sit alone atop the division standings.

This hot start has many questioning whether Baltimore is a legitimate contender this year. And while their record is convincing and their defense has been stout thus far, the reasons for overexcitement end there.

The Ravens have played the easiest schedule in the NFL so far, vs. Buffalo, Cleveland, and Jacksonville. With this context, outscoring your opponents by a combined 13 points through three games doesn’t seem so impressive.

While Baltimore figures to hang around in the playoff race for most of the season, don’t expect them to compete with more gifted teams like the Steelers down the stretch. Despite the easy schedule, the Ravens boast only the 23rd ranked offense so far this year—something that will continue to hold them back as the season wears on.

The Cowboys are the most popular team in America, so when things are going well, you’re naturally going to hear a lot about it. After Tony Romo was ruled out for half the season with a back injury sustained in a pre-season game, the expectations for the Cowboys this year were quite a bit lower than usual, and there was a grave sense of deja vu in Dallas.

Fortunately for the Cowboys, Dak Prescott has filled the savior role through three games, arriving on the scene seemingly out of nowhere to lead Dallas to a 2-1 start that could have been even better if not for one miscue in Week 1 against the Giants.

Unfortunately, while the Cowboys do have a relatively young and talented core, their success so far appears to be mostly a mirage. So far this year they’ve played the Giants, the Redskins, and the Bears. None of these teams are expected to break finish better than 8-8 this year.

Their defense, meanwhile, has ranked 24th in the NFL so far, despite the easy schedule. While their talented offense may keep them in many games, an inexperienced QB and a porous stop unit will prove to be a large challenge as they face tougher teams.

If there’s one stat that highlights how lucky the Rams are to be 2-1 right now, it’s this: the Rams have been outscored by almost a touchdown per game so far. With a -17 point differential, the Rams should by all rights be an 0-3 or 1-2 team.

Instead, the team with the last(!) ranked offense in the NFL and a sub-par defensive unit find themselves tied atop the NFC West standings.

With an anemic passing attack, no legitimate quarterback, and poor play calling from the sidelines, the Ram’s offensive struggles are no fluke. While their incompetence hasn’t quite bitten them yet, look for their luck to run out sooner rather than later, as a trip to Arizona this weekend to face the Cardinals will be a great measuring stick for this over-performing squad.

The 2016-2017 Saints find themselves in a familiar situation: playing a high-scoring, entertaining game every single week, and walking away with little to show for it.

The new coaching staff in New Orleans has apparently not succeeded in changing the problems the team faced last year. To state the obvious problem, the Saints are simply giving up more points that they can score.

Their defense ranks 31st in the league, yielding almost 450 yards per game. This has so far proved too much ground for their 3rd ranked offense to make up, as the Saints have been outscored by 17 points through three games.

Despite all their problems, I’m not buying the Saints as a bottom of the league team. Their offense is simply too good to look past, and their three losses have included 1- and 3-point defeats that could have gone either way.

While I don’t envision this team anywhere near the playoffs, I don’t see any reason to believe that Drew Brees won’t lead the Saints to 7-9 or 8-8 respectability this year, even given their difficult schedule.

How underrated are the Panthers? Let’s put it this way: I still have them ranked as the #1 overall team in the NFL.

Despite a 1-2 start, the Panthers have actually outscored their opponents by 6 points so far this year. Let’s recap their games one by one:

Where’s the reason for panic? While the media have all taken this slow start as an opportunity to jump off the Carolina bandwagon, I see no reason for concern. The Panthers have an easy schedule the rest of the season, and currently boast the NFL’s 3rd best defense and 7th best offense in terms of yardage allowed and yardage gained, respectively.

While it’s unreasonable to say that their first few performances haven’t been a tad underwhelming for a team that went 15-1 last year, I have no long-term concerns about this team, and I fully expect them to bounce back with a vengeance.

The Cardinals’ situation, in many ways, mimics the Panther’s predicament exactly. A top 5 team in the league, Arizona finds itself sitting at 1-2, somehow staring up in the NFC West standings at the Rams.

Just like the Panthers, the Cardinals have outscored their opponents by 16 points this year, despite their poor record. Just like the Panthers, they’ve lost two games in very understandable fashion—a 2-point loss vs. New England and genius Bill Belichick in Week 1 and an (admittedly poor) 15-point loss at Buffalo in an early East Coast game in which the Cardinals looked like they were still sleeping.

And just like the Panthers, the Cardinals come equipped with an above average offense (9th) and defense (joint 14th), neither of which has played up to their potential thus far.

While age and injuries will be a concern for the Cardinals all season long, it’s clear that the team will start winning football games again. With games against Los Angeles, San Francisco, and New York (Jets) in the next three weeks, look for the Cardinals to start climbing the standings immediately.

*Power rankings are based on assessment of each team’s expected performance, and not necessarily on standings or recent results